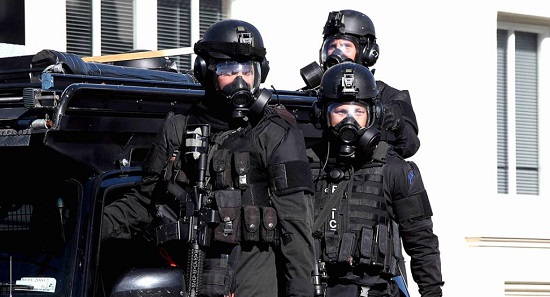 (Natural News) If you want to know what tyranny looks like in a “democracy,” turn your gaze towards New Zealand, where liberal tolerance and acceptance has been replaced by anti-gun zealotry and authoritarianism, thanks to a single act of violence by a man who wasn’t even born on the island.

Following Brenton Tarrant’s terrorist attack on a pair of mosques earlier this month, the New Zealand prime minister, Jacinda Ardern, and her government wasted no time in declaring that an entire class of firearms that were previously legal to own were suddenly illegal to own.

“Assault” weapons of the type used by Tarrant during his attack have no place in a civil society, you see, even if 99.999 percent of them are owned by law-abiding people and used responsibly.

As such, they must all be confiscated because getting rid of them will also stop future acts of violence and terrorism. Or so New Zealanders have been told.

But what if the act of getting rid of these guns actually causes more violence and death?

The Truth About Guns is reporting that, according to the country’s biggest firearms forum, Kiwi cops are now going door-to-door to gun owners’ places of business, their homes, and even gun ranges “in an attempt to gather information and get gun owners to relinquish their firearms.”

Pay attention, Americans — because even if you don’t own a gun, these are tactics tyrannical Left-wing Democrats will employ to force us all to live a certain way if they are ever empowered enough.

According to screenshots of the firearms forum, one gun owner is already dead.

Got suggested I pop this up but whilst at work this morning, I hear a voice ask for me by name. I turn around and there’s 2 police officers.

Needless to say workmates were shocked too [sic] see me taken into a room for a chat and these guys were quite nice about it but wanted to know what [guns] my partner and I have.

Police were tipped off

The poster went on to note that a gun safe in their residence was “installed and floor plated as per the recommendations (So stored legally in an odd stock of luck),” and that they hadn’t used any of their guns because they’re “not allowed” at the moment.

“I didn’t put any paperwork or forms in yet so was a little shocked to see [the police] come out of nowhere. Anyone else get this yet?” the poster noted.

The Truth About Guns noted further that according to Stuff, a site that “appears to be the New Zealand equivalent of The Patch,” a former Russian soldier who was concerned about going back to prison “tried to call his son before dying of a suspected suicide following a three-hour standoff with police.”

The report noted that family members of 54-year-old Troy Dubovskiy told the news outlet that police began looking for him after they searched his St. Martins property in the suburbs of Christchurch earlier in the week. (Related: Government authorities begin prosecuting Internet users who shared the New Zealand mosque attack video.)

“Police acted on information from the public,” Stuff reported, adding:

Dubovskiy’s 16-year-old son, who Stuff has decided not to name, said police searched the homes of his father, mother and grandparents after someone reported a photo the teen made his profile picture on Facebook five days ago.

The photo, which he first posted to Facebook several years ago, shows the teen holding a replica rifle and wearing a Russian helmet. The teen used the equipment along with his father while playing Airsoft, a team sport where people shoot each other with pellets using replica guns.

During a search of the home, police found a blank pistol, an airsoft rifle, and an SKS carbine; the latter is now illegal under the new “assault rifle” ban.

If this doesn’t persuade you to shun Leftists, nothing will.