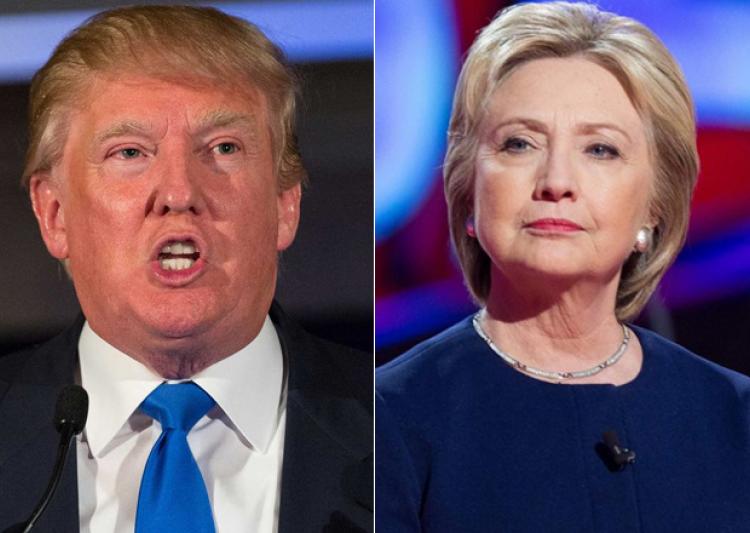 (Natural News) For years, information has trickled out in a series of reports pertaining to the underhandedness of Hillary Clinton’s 2016 campaign against then-GOP nominee Donald Trump, including allegations by the former president that his office at Trump Tower was “wiretapped.”

That claim has been officially verified, along with several other allegations regarding the Democratic candidate’s dirty tricks in saddling Trump for years with the insanely fake narrative that his campaign “colluded” with Mother Russia to “steal the election” from Hillary.

In fact, she was trying to steal it from Trump.

Lawyers for the Clinton campaign paid a technology company to “infiltrate” servers belonging to Trump Tower, and later the White House, in order to establish an “inference” and “narrative” to bring to government agencies linking Donald Trump to Russia, a filing from Special Counsel John Durham says.

Durham filed a motion on Feb. 11 focused on potential conflicts of interest related to the representation of former Clinton campaign lawyer Michael Sussman, who has been charged with making a false statement to a federal agent. Sussman has pleaded not guilty.

According to the indictment against Sussman, he told then-FBI General Counsel James Baker in September 2016, fewer than two months before the presidential election, that he wasn’t working “for any client” when he asked for and held a meeting, during which he presented “purported data and ‘white papers’ that allegedly demonstrated a covert communications channel” between Alfa Bank, which has ties to the Kremlin, and the Trump Organization.

However, Fox News reports, Durham’s filing on Friday, in a section titled “Factual Background,” says that Sussman “had assembled and conveyed the allegations to the FBI on behalf of at least two specific clients, including a technology executive (Tech Executive 1) at a U.S.-based internet company (Internet Company 1) and the Clinton campaign.”

Durham’s filing also states that Sussman’s “billing records reflect” that he “repeatedly billed the Clinton Campaign for his work on the Russian Bank-1 allegations.”

The special counsel’s Feb. 11 filing also says that Sussman and the Tech Executive met and communicated with another law partner serving as General Counsel to the Clinton campaign. According to sources who spoke with Fox News, that attorney is well-known Democrat lawyer Marc Elias, who worked at the Perkins Coie law firm and who played a major role in getting Democrat state attorneys general and left-leaning state courts to change voting laws ahead of the 2020 election that sane people know was stolen from Trump.

Durham’s Friday filing says that in July 2016, the tech executive worked with Sussman as well as a U.S. investigative firm retained by “Law Firm 1” on behalf of Clinton’s campaign, several cyber researchers and staffers at a number of internet companies to “assemble the purported data and white papers.”

“In connection with these efforts, Tech Executive-1 exploited his access to non-public and/or proprietary Internet data,” the filing says. “Tech Executive-1 also enlisted the assistance of researchers at a U.S.-based university who were receiving and analyzing large amounts of Internet data in connection with a pending federal government cybersecurity research contract.

“Tech Executive-1 tasked these researchers to mine Internet data to establish ‘an inference’ and ‘narrative’ tying then-candidate Trump to Russia,” Durham notes in his filing. “In doing so, Tech Executive-1 indicated that he was seeking to please certain ‘VIPs,’ referring to individuals at Law Firm-1 and the Clinton campaign.”

Fox News adds: “Durham also writes that during Sussman’s trial, the government will establish that among the Internet data Tech Executive-1 and his associates exploited was domain name system (DNS) internet traffic pertaining to ‘(i) a particular healthcare provider, (ii) Trump Tower, (iii) Donald Trump’s Central Park West apartment building, and (iv) the Executive Office of the President of the United States (EOP).’”

The filing said that the internet company Tech Executive-1 worked for “had come to access and maintain dedicated servers” for the Executive Office of the President as “part of a sensitive arrangement whereby it provided DNS resolution services to the EOP.”

“Tech Executive-1 and his associates exploited this arrangement by mining the EOP’s DNS traffic and other data for the purpose of gathering derogatory information about Donald Trump,” Durham’s filing says.

In addition, the filing reveals that Sussman provided “an updated set of allegations” including the Alfa Bank data as well as more allegations relating to Trump “to a second agency of the U.S. government” in 2017.

Durham notes that the allegations “relied, in part, on the purported DNS traffic” that Tech Executive-1 and others “had assembled pertaining to Trump Tower, Donald Trump’s New York City apartment building, the EOP, and the aforementioned healthcare provider.”

In recent days, Trump said he believed that “there’s a lot coming” from Durham’s investigation, indicating he must have been aware the filing was getting ready to drop.

“We’re gonna see what happens. But what he’s doing is one of the most important jobs being done right now in America,” Trump told The Epoch Times.

"The latest pleading from Special Counsel Robert Durham provides indisputable evidence that my campaign and presidency were spied on by operatives paid by the Hillary Clinton Campaign in an effort to develop a completely fabricated connection… pic.twitter.com/jaERtmhDER

Trump reacted to Durham’s filing Saturday evening, saying it “provides indisputable evidence that my campaign and presidency were spied on by operatives paid by the Hillary Clinton Campaign in an effort to develop a completely fabricated connection to Russia.”

“This is a scandal far greater in scope and magnitude than Watergate and those who were involved in and knew about this spying operation should be subject to criminal prosecution,” Trump said, adding ominously: “In a stronger period of time in our country, this crime would have been punishable by death.”

“In addition, reparations should be paid to those in our country who have been damaged by this,” the former president said.

Former chief investigator of the Trump-Russia probe for the House Intelligence Committee under then-Rep. Devin Nunes, R-Calif., Kash Patel, said the filing “definitively shows that the Hillary Clinton campaign directly funded and ordered its lawyers at Perkins Coie to orchestrate a criminal enterprise to fabricate a connection between President Trump and Russia.”

“Per Durham, this arrangement was put in motion in July of 2016, meaning the Hillary Clinton campaign and her lawyers masterminded the most intricate and coordinated conspiracy against Trump when he was both a candidate and later President of the United States while simultaneously perpetuating the bogus Steele Dossier hoax,” Patel told Fox News, noting further the attorneys worked to “infiltrate” Trump Tower and White House servers.