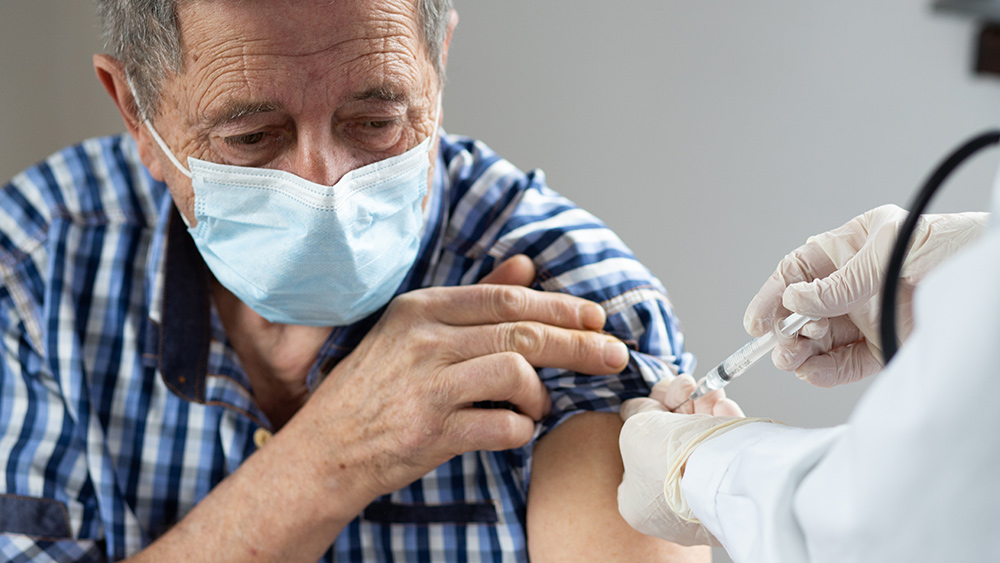 (Natural News) Despite getting injected for the Wuhan coronavirus (Covid-19) in obedience to the government, at least eight people from Maine have died from what the media is calling “covid.”

Calling it a “rare occurrence,” WGME reported that the eight individuals had done exactly what Donald Trump and Joe Biden told them to do, which is to get “vaccinated” for the Chinese Virus in order to protect themselves against infection.

It turns out this advice from the government was not exactly good, as these eight people who trusted their leaders are now dead.

Arthur Mitchell, one of the eight, was reportedly eager and ready to return back to “normalcy,” which he thought would only happen if he got injected with a Wuhan Flu shot. Mitchell received his second dose of the Moderna mRNA injection on March 8, only to die not long after that.

“Counted out his two weeks to be fully vaccinated, was very excited about that,” daughter Margaret Staggs told the media.

The Staggs believed throughout most of 2020 that it was simply not safe to gather together or do much of anything until an injection was readily available. Once the shots became available at “warp speed,” they all apparently rushed out to get the jab so they could relax “after a year of restrictions.”

“We probably all took a deep breath and let our guard down a little bit,” Margaret added.

Four weeks after the entire family was injected, Margaret, her husband, and her father Arthur all tested “positive” for Chinese Germs. Staggs says they just so happened to be in the “small majority that become positive afterwards.”

With a nurse in the family, the Staggs decided it was best to get injected

While the others are still alive following their positive test result, Arthur did not fare so well. His oxygen levels plummeted and he had to be rushed to the hospital for treatment.

“It was very important to my family that he wasn’t by himself,” Margaret says.

For the next four days, Arthur was placed on a ventilator, which caused his condition to worsen. Then, on May 6, he died with his family by his side.

“My dad was a fighter,” Margaret added. “It was really hard to realize that he was going to lose that battle.”

“He was a hard worker and a happy person and he loved his family. He always wanted a challenge.”

As a nurse, Margaret is convinced that the vaccine “does a lot of good” for people, even if her father was not one of those people. It is “never 100 percent,” is how WGME put it, which makes it difficult when a loved one becomes an outlier.

“When your loved one is that person, it’s hard,” Margaret says.

Now that Maine has returned to being mostly open, Margaret is disappointed that she will no longer get to see her father, whom she described as a former high school teacher, and avid fly fisherman, and a talented woodworker with a laugh she’ll never forget.

“Just remember that not everybody is going to go back to the normal that they knew before, because it’s affected too many people,” she says.

According to the official numbers, thousands of people are now dead all across the country, despite getting their Wuhan Flu shots to stay “safe.” There are likely many more cases of death that are not even officially logged in government databases.

“By the end of the year, there could be a million or more deaths worldwide,” one Natural News commenter wrote.

“Since a very small percentage of severe reactions and deaths are ‘reported,’ I suspect that those ‘real’ numbers are already in the hundreds of thousands – worldwide!”

More related news stories about Chinese Virus injections can be found at ChemicalViolence.com.