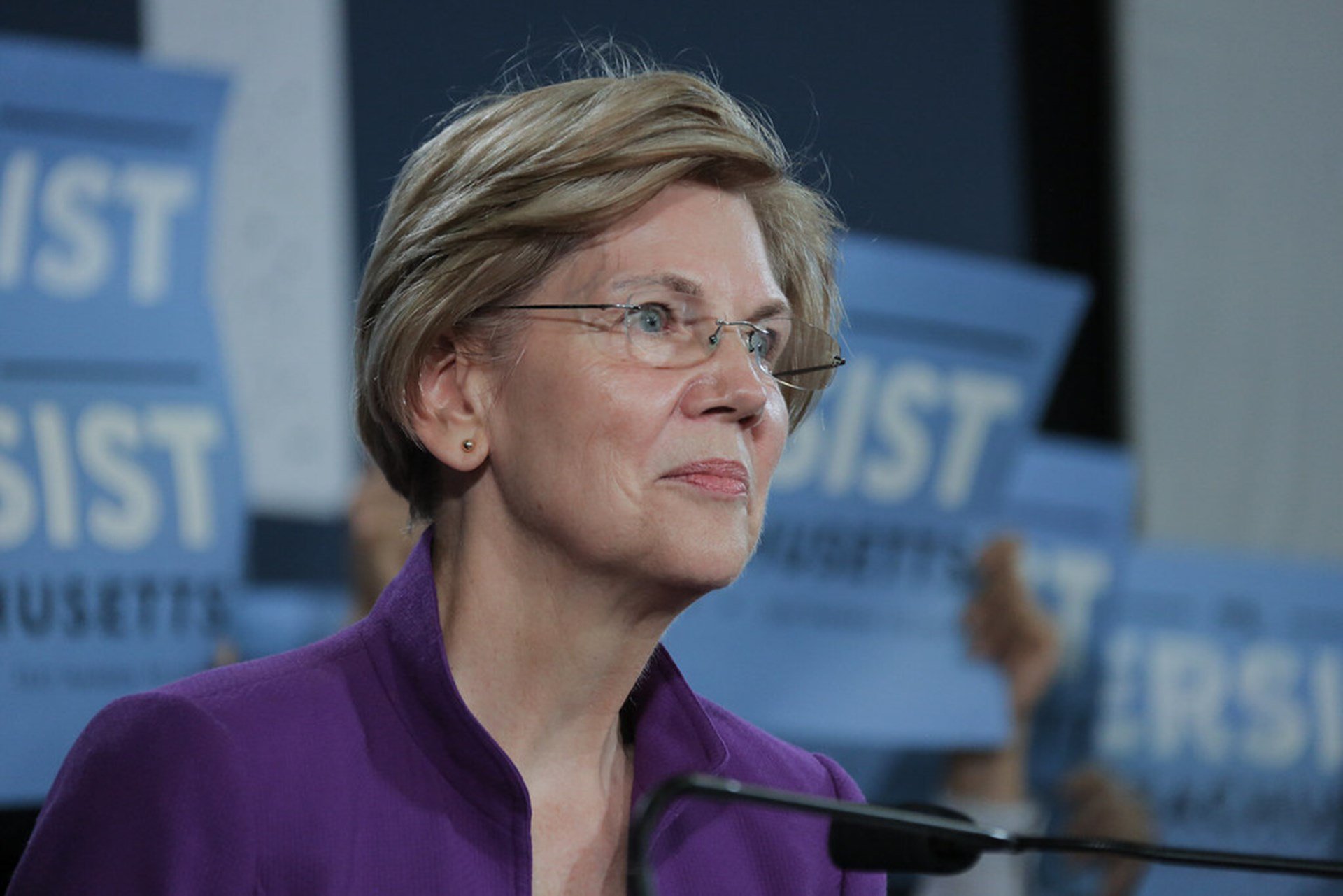 Politicians Competing to Offer the Most “Free” Stuff

Presidential candidates and campaigns have been offering “a chicken in every pot” for at least 90 years now, but this election cycle seems to be all about offering more “free” stuff than the other candidates. Some have even gone so far as to claim it’s not a problem that the government prints money to cover such things, as if the concept of Modern Monetary Theory (MMT, or, more accurately, Mindless Magical Thinking) makes it okay. This is beyond the scope of this discussion but is more than adequately covered here, here, here, here, here, and here.

One point relevant to this discussion is that MMT is based on the premise that government can allocate resources more efficiently than the alternative had their exercise of monopoly power over the currency not taken place—a premise without a single example in all of human history.

The latest salvo in the Free Stuff Wars comes from Elizabeth Warren and her plan to cancel (most) student loans and offer free college to everyone. Some have even suggested, most notably the Levy Institute at Bard College (affiliated with self-described socialist Joseph Stiglitz), that such a plan would “super-charge the economy.” The premise, as we shall see, is absurd on its face. Surely, this is an effective way to woo millennials with college debt. As George Bernard Shaw noted, “A government which robs Peter to pay Paul can always count on the support of Paul,” but that hardly makes it a sound idea economically.

How Did We Get Here?

There are a number of reasons college debt has ballooned, and understanding them is key to determining how best to address the “problem.” The realities haven’t changed since Thomas Sowell wrote on these topics more than a decade ago.

Today, nearly 70 percent of recent high school graduates are enrolled in college. Unsurprisingly, tuition and fees have skyrocketed. The powers that be have responded by throwing ever more money at the problem.

Unfortunately, that has only made the problem worse. As economists David Lucca, Taylor Nadauld, and Karen Shen found, roughly 60 cents of every dollar in federal credit expansion for tuition goes only to increasing tuition. No wonder spending on higher education in the US already exceeds that of many countries with supposedly “free” college. An earlier study found that

changes to the Federal Student Loan Program (FSLP) … alone generate[d] a 102% tuition increase” between 1987 and 2010, “which more than accounts for the 78% increase seen in the data.

In addition, there are already no less than 13 student loan forgiveness programs already in effect, most of which require nominal payments for 10 to 20 years before any balance is forgiven (a major disincentive to balance reduction). The New York Times recently provided a perfect example, citing the case of Samantha and Justin Morgan, who are on an “income-based” repayment plan and will see their loan balance continually rise until the balance is ultimately forgiven. You can’t significantly increase loan outlays, implement policies that hinder repayment, and then honestly act surprised that balances soar.

Who Reaps the Benefits?

Elizabeth Warren’s plan has been fairly described as a “bailout for the elite,” as the top 25 percent of households by income hold almost half of all student debt and as the cost would fall on all taxpayers when about two-thirds of American adults have no college degree, not to mention the 3-in-10 students who leave college debt-free (if you planned ahead or stepped up and paid your debt off, this scheme is a slap in the face).

But, as the Lucca-Nadlaud-Shen study makes clear, the real beneficiaries are the educational institutions that enjoy the benefit of more money being added to the system without a change in supply.

What Are the Consequences?

Cost: As with health care, and as we’ve already seen with tuition, you never really see just how expensive something can be until it’s “free.” The initial cost of debt cancellation, as Warren herself points out, is $640 billion. Then, of course, she suggests that the tab to taxpayers for “free” college will be $1.25 trillion over the next 10 years. Even that staggering figure, however, does not take into account what we already know happens when federal money is funneled toward tuition.

If the 60 cents on the dollar figure holds—and there’s no reason to suspect otherwise—it would take $2.08 trillion just to meet the students Warren has taken into account. And then there’s the demand side of the equation. Of the 30 percent of high school graduates not enrolling in college under current conditions, how many does one suppose would enroll when college is “free”?

This conundrum inevitably leads to rationing. As Ryan McMaken notes, “In the real world, no scarce resource can be both open to all, and also very inexpensive.” This explains why countries with “free tuition” often have a lower—often materially lower—percentage of college graduates.

Quality: It’s difficult to argue that the highest quality higher education in the world is in the United States due to accident rather than due to the retention of economic incentives. The elimination of those incentives can hardly have anything but a material detrimental effect on the quality of education provided. The experience in England until the late 1990s is particularly relevant.

Free college caused “quality to decline and socioeconomic inequality to rise.” As noted by Preston Cooper in Forbes,

What Those Claiming Economic Benefits Get Wrong

All of the claims of economic benefit from both the elimination of student loan debt and the offering of “free” college boil down to the assumption that resources would be better allocated if only students didn’t have this debt to service. They point, for example, to lower rates of home ownership among those under 30 (conveniently glossing over the fact that the same falloff was seen for both those with no college and those graduates with no college debt), but even there, the evidence is mixed.

While the consensus is that “American youth hav[e] accommodated tuition shocks not by forgoing schooling, but instead by amassing more debt,” perhaps explaining the “decline in homeownership for 28-to-30-year-olds over 2007-15,” the fundamental point missed by those favoring debt forgiveness is simple choice.

Those incurring student debt did not have it imposed upon them. Rather, debt was incurred because the borrower determined that it was in their interests to incur that debt in order to obtain the benefits of higher education. They did so knowing it would mean that those resources would not be available to spend on other things.

Certainly, sometimes those decisions were in error, but, particularly for those not majoring in ethnic studies, fine arts, or philosophy, by and large, the benefits of taking on that debt to obtain a higher education still materially outweigh the costs. As one economist noted in 2014,

From an economic perspective, there is no reason to second-guess the decision-making process of those who benefit most from the educational services being purchased and, in order for there to be a real economic benefit from expending taxpayer resources to allow those borrowers to expend resources elsewhere, it would have to be demonstrated that those decisions, overall, were wrong in the first place.

William E. Fleischmann is an economist and financial professional with more than thirty years of experience in banking, insurance, and healthcare. Bill has a passion for economic history and, in particular, the extensive harm done by minimum wage laws.