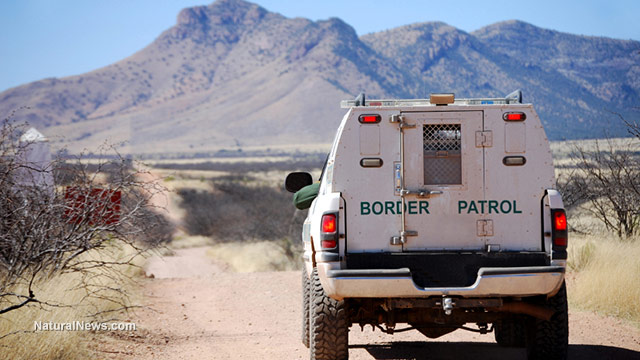 (Natural News) Just about every parent who has lost a child will tell you that is a pain worse than anything else.

How that child is lost, though, does make somewhat of a difference. The more sudden and horrific the cause of death, for example, the harder it is to accept. Such as when a child is lost to a drug overdose.

When things like that happen, it can make a parent reevaluate a lot of things.

At a rally near St. Louis in support of border security over the weekend that was sponsored by The Gateway Pundit, several hundred people showed up to express their desire to see POTUS Donald Trump’s border wall built.

One of them was a woman who identified herself as an “embarrassed liberal” who had lost a son to an opioid overdose.

Local St. Louisan Terry B., who is a friend of this writer, agreed to speak at the rally on Saturday. Terry lost a child to heroin overdose 5 years ago. She has NEVER spoken about her loss in public. Her son Jason was an athlete and a top student in high school.

During her address to the crowd, Terry, who said she has another child who is an addict, admitted that she didn’t vote for POTUS Trump in 2016. But she added that once he declared a national emergency due to the opioid epidemic, she has decided she will vote for him in 2020 because, she said, he has been the only president since the crisis began to seriously address it.

One of the primary reasons why POTUS Trump and most Republicans are supportive of a wall — or at least a much more significant physical barrier — is because of the massive amounts of opioids being smuggled into the country by Mexican drug cartels.

But the epidemic didn’t start with the cartels.

As the Department of Health and Human Services notes, in the 1990s Big Pharma assured medical professionals that patients would not become addicted to opioid painkillers, and as such, providers began to prescribe them in great numbers.

Leftist healthcare policies under Obamacare helped spread the epidemic. And by 2016, 130 people a day were dying from opioid overdoses, HHS reports, adding that 11.4 million Americans have abused opioids.

All hands on deck to fight the epidemic, POTUS orders

The agency also published additional figures, based on data from 2016 and 2017. In that time alone:

— 2.1 million developed an opioid use disorder;

— More than 17,000 people died from a prescription opioid overdose.

In November, according to HealthDay News, opioid overdoses reached a record number in the U.S.:

The number of opioid overdose deaths in the United States reached a new record last year with 72,000 deaths, which works out to about 200 a day, according to a Drug Enforcement Administration report released today. The report comes just over a week after U.S. health secretary Alex Azar said overdose deaths have started to level off.

The biggest killers: Heroin and fentanyl, though other opioids are also to blame.

In October 2017, POTUS Trump announced that his administration was declaring an opioid crisis.

“I am directing all executive agencies to use every appropriate emergency authority to fight the opioid crisis,” he said at the time.

The following March, POTUS introduced a new website, CrisisNextDoor.gov, where people can go to share their personal stories about how dangerous opioids are.

“This epidemic can affect anyone, and that’s why we want to educate everyone,” the president said during an event at Manchester Community College in New Hampshire.

As for whether a border wall would significantly reduce the smuggling of opioids into the U.S., the Border Patrol definitely thinks it would.

Read more about the opioid crisis and Big Pharma’s role in it at BigPharmaNews.com.