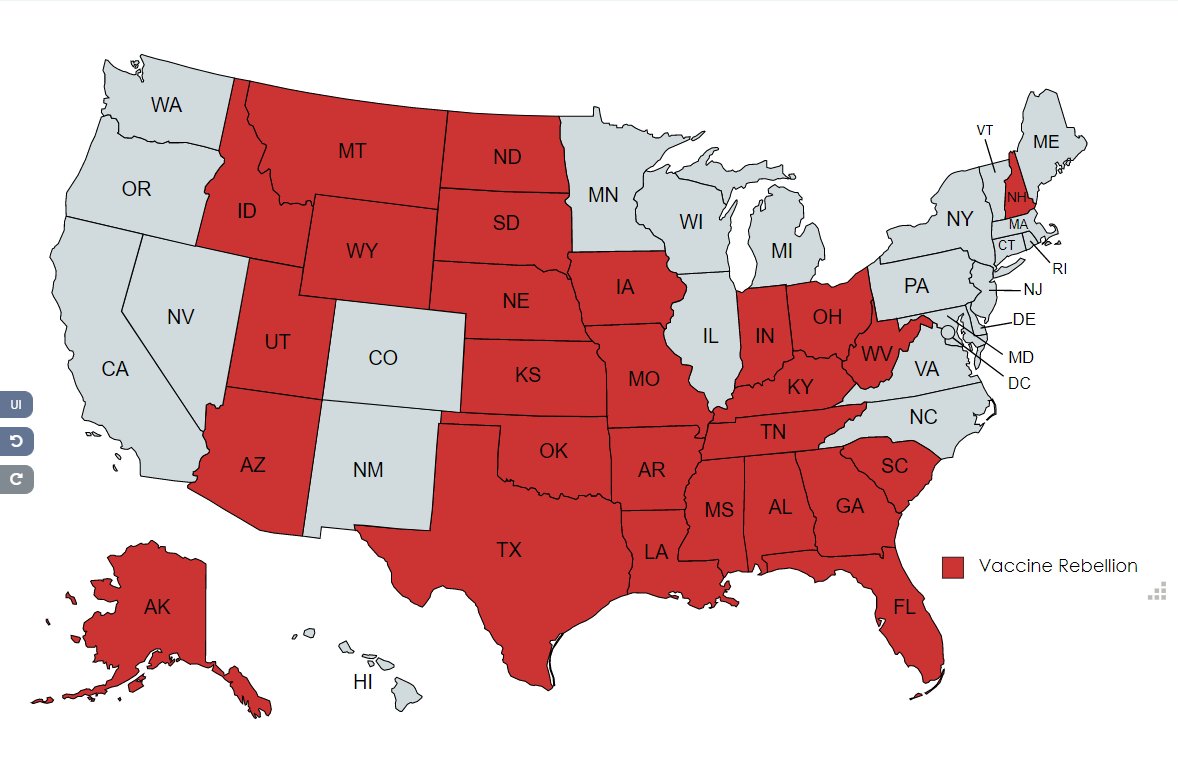 The federal government was originally created to protect our rights. I know that sounds really bizarre to many of you, but it is the truth. In fact, we actually have a document called “the Constitution” which is supposed to guarantee that certain rights are never taken away from us under any circumstances. Sadly, the American people have allowed those rights to be steadily eroded for decades, and now the federal government in Washington has launched an all-out assault on some of our most cherished liberties and freedoms. The bomb that Emperor Biden dropped on 100 million Americans last week represented one of the most pivotal moments in American history. Previous generations of Americans sacrificed so much so that we could live free, but now the regime in Washington seems to be absolutely obsessed with dragging all of us into full-blown tyranny. For those of us that deeply love this country, this is very difficult to deal with emotionally.

At least if Biden was willing to talk things over with us rationally, there would be some hope for resolving this crisis. But that is not going to happen. In fact, we are being told that Biden plans to “run over” any governors that get in his way.

There will be no compromises and no backing down.

So what can we do?

In Washington, our representatives should have already filed articles of impeachment. I know that such an effort has zero chance of success because the Democrats control both houses of Congress, but it would be a symbolic move that would let people across the country know that someone in Washington is actually listening.

Much more importantly, it is time for state governments to start taking their power back.

We need a “new federalism”, but it wouldn’t actually be new at all.

If you ask most Americans what the 10th Amendment says, the vast majority of them would not be able to tell you.

And that is because the liberal elite do not want it to be widely discussed.

This is the official text of the 10th Amendment of the U.S. Constitution…

The powers not delegated to the United States by the Constitution, nor prohibited by it to the States, are reserved to the States respectively, or to the people.

Many people are shocked to learn that this is what our Constitution actually says.

The federal government is only allowed to exercise the very limited powers that are specifically granted to it by the U.S. Constitution.

Otherwise, all other powers are reserved for the states and the people.

Our founders always intended for the federal government to be very limited in size and scope, and the text of the 10th Amendment could not be any clearer.

Unfortunately, over the decades we have seen the federal government grab more and more power, and our courts and our state governments have allowed it to happen.

It is time to say that enough is enough.

Joe Biden says that his patience is “wearing thin”, but the truth is that our patience with him and those like him should have been gone a long time ago.

If we don’t stand up now, we may not get another chance. We need to demand that our state governments do everything that they can to resist this unconstitutional power grab and start taking their power back.

The good news is that some state governors are already starting to take action. For example, just check out what Greg Abbott is doing in Texas…

Biden’s vaccine mandate is an assault on private businesses.

I issued an Executive Order protecting Texans’ right to choose whether they get the COVID vaccine & added it to the special session agenda.

Texas is already working to halt this power grab.

But this should just be the tip of the iceberg.

We need our state governments to barrage the court system with cases, and I believe that the 10th Amendment could be the key to so many of those cases.

Emperor Biden and his minions have gone way, way over the line with these unprecedented mandates. We have never seen anything like them before, and that is because no other president would have dared to try something so blatantly unconstitutional.

But even if Emperor Biden’s mandates are struck down by the courts, governments in blue states could attempt to impose similar mandates on their own.

So this is another reason why I am strongly encouraging everyone to consider moving away from the blue states.

This pandemic has clearly demonstrated that where you lives really matters.

At this stage in our history, our best chance of preserving our liberties and freedoms is to do so at the state level. We need governments in red states to take as much power back as they possibly can, and we need to do whatever we can to insulate ourselves from the blue states.

I understand that this is a very sad thing to say, but what other choice do we have?

The other side has made it very clear what they want. They want to censor us, silence us, “cancel” us, get us fired from our jobs and push us to the fringes of society.

And ultimately that is not going to be enough to completely satisfy them.

If we want our way of life to survive inside the framework that we call “the United States”, then a “new federalism” is the only viable option at this point.

In the end, a lot of people are going to choose to leave the United States entirely, but tyranny is on the rise all over the planet.

Needless to say, if our world continues down this path a very, very dark future is ahead.

If the government can force something into your body any time that it wants, you are living in a dystopian nightmare.

We could choose to just lie down and accept this “rape by government”, in which case they will just keep doing it to us over and over again.

Or we can stand up and try to do something.

Our founders put the 10th Amendment there for a reason. Now it is up to us to put that tool to work.