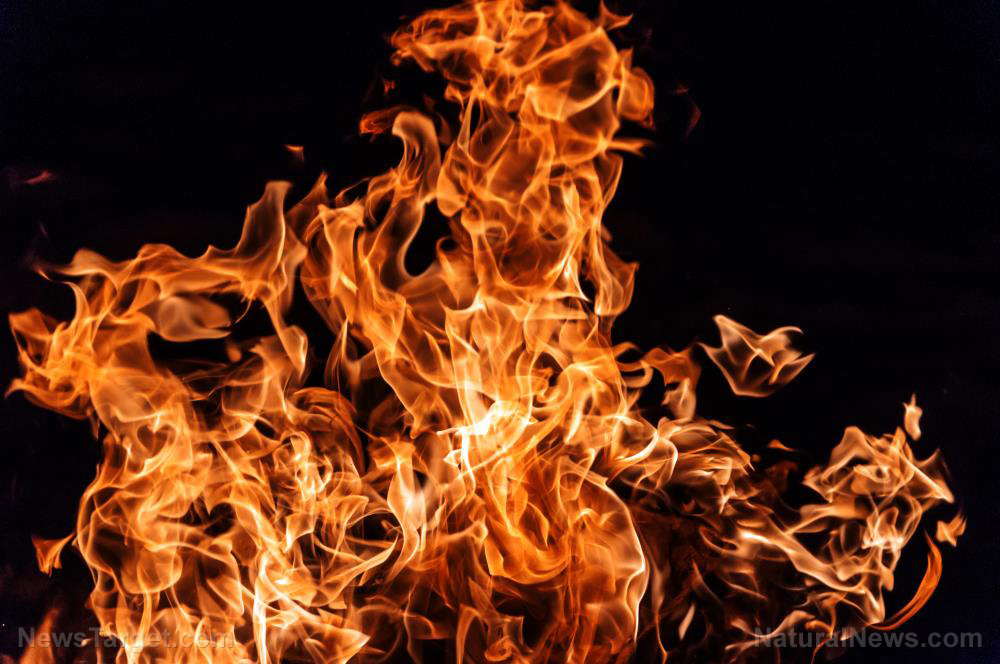 (Natural News) QC Poultry saw its Montebello, Calif., processing plant go up in flames over the weekend, adding to a spate of “accidental fires” targeting food facilities in recent months.

Reports indicate that the facility, located just east of East Los Angeles and southwest of the San Gabriel Valley, caught fire at around 4pm on Sunday. When firefighters arrived, they witnessed massive plumes of smoke bellowing from the building – see video footage below:

🚨Breaking: Another food processing facility has caught on fire … Getting a little suspicious now …

We are told that as firefighters were being deployed, the fire grew and was upgraded to what is known as a third alarm commercial fire. Because of its intensity, firefighters initially focused on keeping the fire from spreading to other buildings.

By 8pm, the fire was declared to be “knocked down,” and local news outlet KTLA reported that no other nearby structures were damaged. The official cause of the fire remains unknown. (Related: In June, a chicken farm in Minnesota mysteriously burned to the ground.)

Is anyone paying attention to the destruction of our food supply?

If this was the only food processing plant fire to occur this year or last, this would be non-news. But there have been dozens all across the country, as well as a few in other countries recently.

All of a sudden within the past year or so, facilities that produce, process, or in some way handle the food we all eat have mysteriously caught on fire. Many of them are now a massive pile of rubble as the flames consumed their entire structures.

Here are a few of the locations where these incidents have occurred, as well as the types of facilities affected:

The list goes on and on and on. As of this writing, there have been upwards of 100 food facility fires just since the beginning of this year – check out this list to see for yourself.

Just a week before this latest fire in Montebello, a similar one occurred at a vegetable and nut facility in Dufur, Ore. And a week before that, a major fire destroyed a meat processing plant in New Hampshire.

What we are witnessing is a man-made famine, which will eventually lead to mass starvation – all engineered, of course, to kill off those whom the “elite” deem to be “useless eaters.”

It is all happening right in front of our faces, and too few people even know it is happening. Millions of Americans are once again consumed by their mindless consumerism-based lifestyles, especially now that most covid restrictions have been lifted.

“Man, we really are going to eat bugs,” wrote someone on Twitter, seeing the writing on the wall with everything that is happening.

“This is all the fault of climate change,” joked someone else, followed by another response about how all the vaccine factories are likewise doing just fine.

“I predict many more ahead of us,” added another about what the future holds for food production.

To keep up with the latest news about the destruction of the food supply with fire, visit FoodCollapse.com.