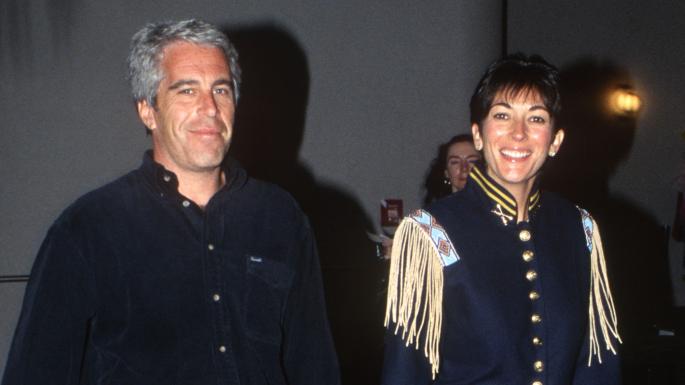 A man who claims to be a former Israeli spy has made some sobering, but not surprising, claims in a new book.

Many of us already suspected that Jeffrey Epstein was much more than a pedophile pimp, but one of the top websites in the world just somewhat verified our suspicions.

I say “somewhat verified” because they, like most big publications, are making sure people know these are simply unverified allegations.

The claim is that Maxwell and Epstein were Israeli spies tasked with collecting dirt on very important people that could, of course, be used later if needed.

Here’s the story from The Sun:

GHISLAINE Maxwell and her paedophile lover Jeffrey Epstein were both Israeli spies who took pictures of powerful men having sex with underage girls to blackmail them, their alleged Mossad handler has sensationally claimed.

The pair allegedly ran a “honey-trap” operation where they would provide young girls to politicians in order to squeeze them for information for the Israelis.

The unsubstantiated claims have been made by Ari Ben-Menashe who claims he is a former Israeli spy.

Ben-Menashe claims that he was the “handler” of Ghislaine’s dad Robert Maxwell, who was also a spy, and that it was the former newspaper baron who introduced Epstein and his daughter to the Israeli intelligence agency.

He makes the unverified claims in a new book called “Epstein: Dead Men Tell No Tales”.

In a preview of the book, shared with Sun Online, Ben-Menashe says: “Mr Epstein was the simple idiot who was going around providing girls to all kinds of politicians in the United States.

Ben-Menashe is a mysterious Iranian-born Israeli businessman who claims to have worked for Mossad from 1977 to 1987.

He was arrested in 1989 in the US on arms dealing charges but was acquitted in 1990 after a jury accepted he was acting on behalf of Israel.

Israel tried to distance themselves from him, with government sources saying he never had anything to do with intelligence services, although other news reports – in both the US and Israel – confirmed he did.

He later wrote a book called Profits of War: Inside the US-Israeli Arms Network and in the early 1990s claimed that Robert Maxwell, Ghislaine’s dad, worked for Mossad.

If he was dealing arms for Israel then I don’t doubt his story at all, and even Wikipedia verifies that he was.

Ari Ben-Menashe (Hebrew: ארי בן מנשה; born Tehran, 4 December 1951)[1] is an Iranian-born Israeli businessman, security consultant and author. He was previously an employee of Israel’s Military Intelligence Directorate from 1977 to 1987 and an arms dealer.[2] He now lives in Montreal, Canada, and runs an international commodity exporting firm, Traeger Resources and Logistics Inc.[3]

Articles and videos have been written and produced for months on the same subject, following Epstein’s death.

Here is one that actually survived the YouTube purge:

Whether the author of this book is simply role playing and expanding on current theory, or actually has proof to back up the claims, we may never know.

We do know that he is an important man with a Wikipedia listing that seems to verify that he is who he says.

Those who have watched this Epstein story unfold for YEARS understand that there is much more going on than meets the eye.

It’s also why many think that Epstein is still alive.

For all we know he might be hidden in Israel right now.