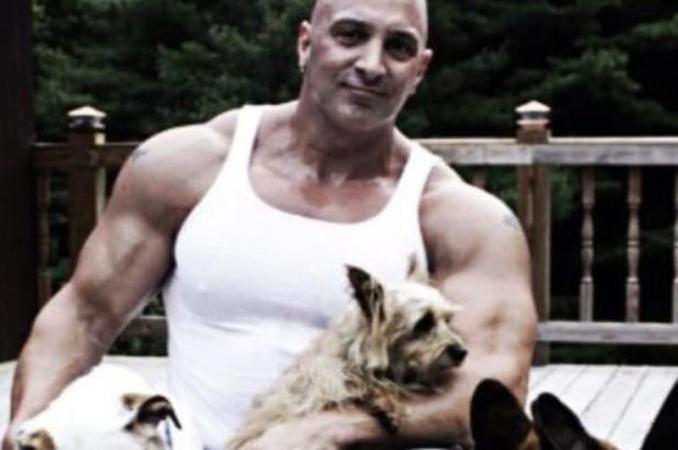 On this morning’s episode of Setting Brushfires, I recounted the news that Billionaire pedophile Jeffrey Epstein‘s former cellmate begged a judge for a transfer to another jail, but the news is that he is barred from being moved to another facility until his trial which is pending.

The reasons are clear:

Hulking ex-cop Nicholas Tartaglione — who briefly bunked with Epstein at the Metropolitan Correctional Center — has been told by various guards there to “shut up,” “stop talking” and “stop complaining,” as questions swirled about how the accused sex trafficker was able to commit suicide in federal custody, Tartaglione attorney Bruce Barket says in a letter to White Plains federal Judge Kenneth Karas, according to The New York Post.

Tartaglione was sharing a cell with Epstein during what’s believed to have been the 66-year-old’s first suicide attempt, on July 23. The two were separated before Epstein hanged himself on Aug. 10.

Epstein had told his attorneys that Tartaglione had “roughed him up, according to a previous report by NYP.

However, Tartaglione’s attorney Bruce Barket said, “I do know that Nick was not brought up on any charges at all in the institution, so they cleared him.”

In his request for transfer, Tartaglione said he was told there would be a “price to pay” if he talks about Epstein’s death.

“The clear message Mr. Tartaglione has received is that if he conveys information about the facility or about [Epstein’s] recent suicide, there will be a price to pay,” reads the letter from Barket. “Whether or not the investigators into the suicide chose to interview Mr. Tartaglione about the attempted suicide to which he was witness or about how the facility is run and the conditions under which the inmates are forced to live, the correction officers know he has information potentially very damaging to the very people now charged with guarding him or their coworkers.”

Barket also noted “deplorable” conditions at the Metropolitan Correctional Center, citing ” a serious rodent and insect infestation” in the facility.

Mr. Tartaglione is facing the death penalty for four murders.

Federal prosecutors claim that he and his accomplice lured Martin Luna to a Chester, NY lounge to find stolen cocaine money. However, they killing Luna and three other men he had brought for protection.

Turns out that Tartaglione has “worn out his welcome at the city’s other federal detention center,” according to prosecutors on Wednesday.

Yet defense attorney Bruce Barket denied that his client had ever faced any disciplinary charges during his stay at the MDC.

Wednesday’s comments came in response to a letter Barket filed Tuesday asking his client be moved from his current digs at the Manhattan Correctional Center as he awaits trial for four drug-related homicides.

“It just doesn’t seem appropriate he be housed and guarded by the very people who are under investigation, given his proximity to that investigation,” Barket said.

No it doesn’t, and should Tartaglione end up “suicided,” we will know exactly who to hold responsible in the matter, won’t we?

As they say, dead men tell no tales, and it looks like Tartgalione may be a loose end that needs clipping in all of this.