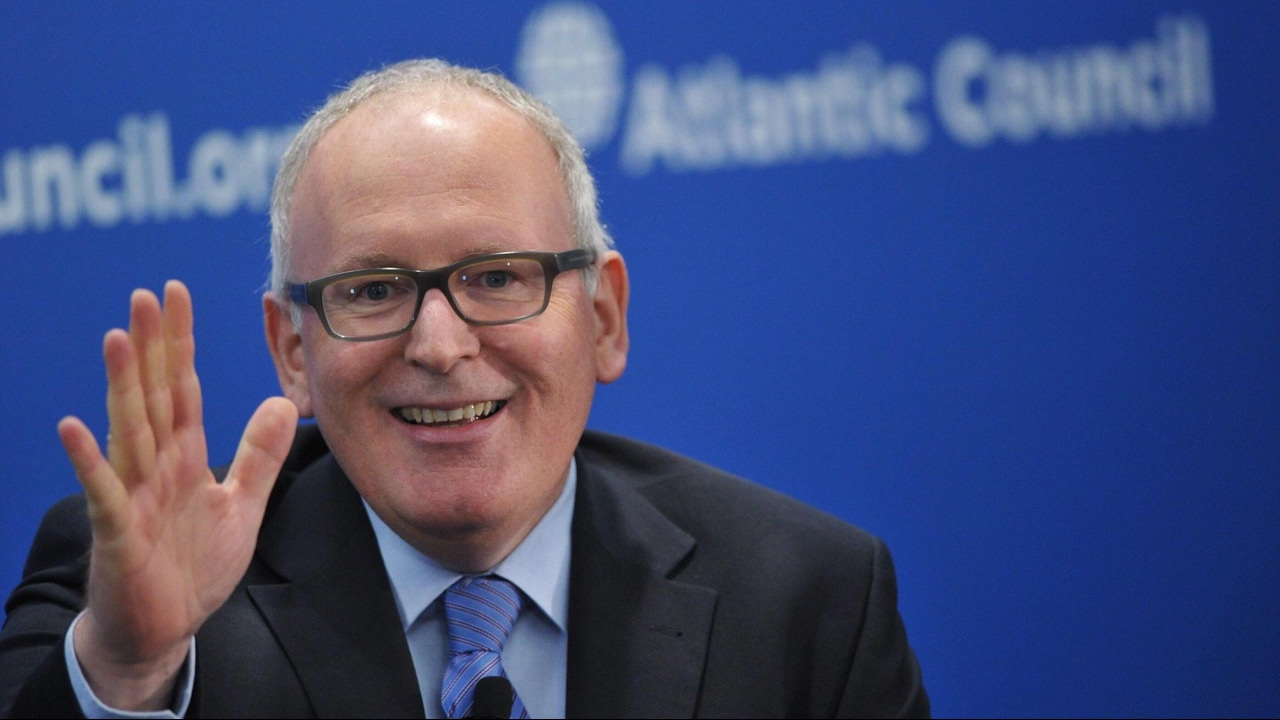 Frans Timmermans – the candidate put up by the center-left coalition to be the next European Union Commission President – claims that the destruction of Europe is a “a matter of destiny.” What will supposedly replace it is a crude mixture of the continents of Europe and Africa.

Timmermans is a former Dutch defense minister who has encouraged the worst EU policies imaginable while serving as EU Commission Vice President. He is a staunch opponent of European sovereignty who has the audacity to claim that Europe can “not remain a place of peace and freedom” unless “diversity” is imposed via mass immigration from third-world sh-tholes through “even the most remote corners” of the continent.

“Any society, anywhere in the world, will be diverse in the future — that’s the future of the world,” Timmermans said in a sharp rebuke against the rise of right-wing nationalism in Hungary. “So [Central European countries] will have to get used to that. They need political leaders who have the courage to explain that to their population instead of playing into the fears as I’ve seen Mr Orbán doing in the last couple of months.”

Of all cheerleaders for the destruction of Europe, Timmermans is among the most bold and steadfast about raping these once proud lands on behalf of dirty, swarthy foreigners.

“Diversity is now in some parts of Europe seen as a threat. Diversity comes with challenges. But diversity is humanity’s destiny. There is not going to be, even in the remotest places of this planet, a nation that will not see diversity in its future. That’s where humanity is heading. And those politicians trying to sell to their electorates a society that is exclusively composed of people from one culture, are trying to portray a future based on a past that never existed, therefore that future will never be,” Timmermans said during the First Annual Colloquium on Fundamental Rights in 2015.

The extreme arrogance of Timmermans cannot be understated.

“And you know why I am confident that we are going to win?” he asked during a recent address. “Because the Polish people want to be Europeans. Young Poles going in the streets with that beautiful blue flag with yellow stars do that because that flag stands for values they believe in. Because that flag is who they are.”

But putting Timmermans in power over the EU may backfire. After globalists put in a brash arrogant coward with contempt for his people in Emmanuel Macron to lead France, the common people revolted and dawned Yellow Vests to riot against him. Those protests continue on to this very day. If Timmermans is made the figurehead of the EU, we could see Yellow Vests rise and take back power throughout the entirety of Europe!