Hundreds of thousands reportedly dying WEEKLY from Pfizer’s covid injections – PfizerGate continues
Clinical trials for mRNA FLU SHOTS already underway
CDC is quietly altering its website, now admitting that mRNA persists in the body for an extended duration
Trump Derangement Syndrome: Former CIA, NSA director Michael Hayden suggests Trump should be EXECUTED if guilty of ‘espionage’
The most dangerous drug in the world is NOT cocaine, heroin, or crystal meth, but rather a drug commonly prescribed by doctors who get lavish bonuses for slinging it
Deep state plan revealed: Frame a civil war to justify UN troops to OCCUPY and DISARM America
Fed-up Ron DeSantis sends police to remove WOKE Soros-backed state prosecutor from office
CDC pleads ignorance about link between COVID jabs and heart inflammation
FBI agents who raided Trump’s Mar-a-Lago estate work in same division that launched phony ‘Russiagate’ hoax
Deep state continues to go after Trump: Former top adviser Steve Bannon found GUILTY of obstruction sham Jan. 6 probe
People Are Going To Go Absolutely Insane When Food Prices Double Or Triple From Current Levels
Evidence confirms that TWA Flight 800 was shot down by the U.S. military, followed by a massive coordinated cover-up
Husband nearly killed by wife who allegedly poured liquid DRANO in his lemonade – then she was busted by his hidden cameras
WOW – CDC completely reverses course. IT’S OVER!
CBS censors its own revealing report noting that only a fraction of U.S. military funding to Ukraine makes it to frontline troops 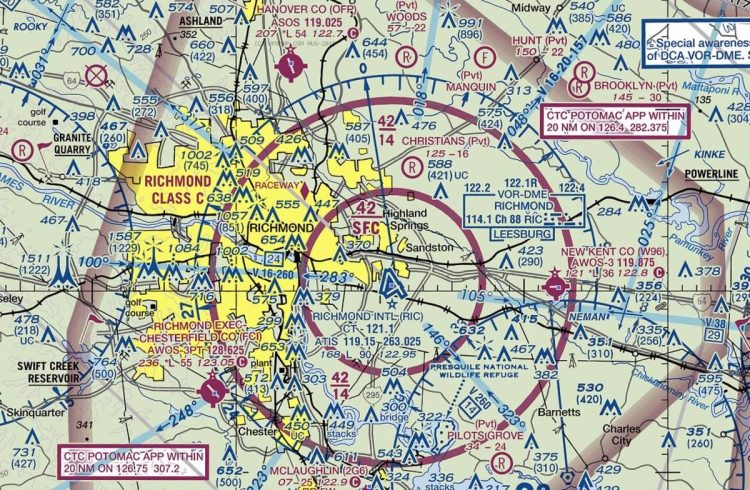 The Federal Aviation Administration (FAA) has not only issued temporary flight restrictions for Richmond, Virginia for Monday, but has designated the airspaces are “National Defense Airspace” until after Lobby Day, where tens of thousands of people who support the Second Amendment will gather on the Capitol grounds.

“Any person who knowingly or willingly violates the rules concerning operations in this airspace may be subject to certain criminal penalties under 49 USC 46307,” the FAA’s notice said.

The restrictions include a temporary ban of drones near the capitol.

Of course, this is all tied to lying Governor Ralph “Blackface” Northam who alleged without a shred of evidence, “We have received credible intelligence from our law enforcement agencies that there are groups with malicious plans for the rally that is planned for Monday.”

In an executive order, he announced he is banning all weapons from Capitol Square for the day.

Credible intelligence gathered by Virginia’s law enforcement agencies indicates that tens of thousands of advocates plan to converge on Capitol Square for events culminating on January 20, 2020. Available information suggests that a substantial number of these demonstrators are expected to come from outside the Commonwealth, may be armed, and have as their purpose not peaceful assembly but violence, rioting, and insurrection. Assuring that Virginia’s Capitol Square and surrounding public areas are sheltered safe places for those who come to participate in the democratic process, as well as those who work on or near Capitol Square, is my greatest priority.

The anticipated effects of the potential convergence of tens of thousands of demonstrators on Capitol Square, some of whom may not come to assemble peacefully, constitutes an emergency as described in § 44-146.16 of the Code of Virginia (Code).

Therefore, by virtue of the authority vested in me by the Constitution of Virginia, by §§ 2.2-103 and 44-146.13 et seq. of the Code, as Governor and Director of Emergency Management and Commander-in-Chief of the Commonwealth’s armed forces, I proclaim that a state of emergency will exist starting on January 17, 2020 through January 21,
2020. Accordingly, I direct state and local governments to render appropriate assistance to prepare for this event, to alleviate any conditions resulting from the situation, and to implement recovery and mitigation operations and activities so as to return impacted areas to pre-event conditions as much as possible. Emergency services shall be conducted in accordance with § 44-146.13 et seq. of the Code. (source)

Imagine that: a tyrant banning arms on a day the people come out to support the Constitution’s protections of the right to keep and bear arms, which this criminal swore to uphold.

“No weapons will be allowed on Capitol grounds,” said Northam, a Democrat. “Everything from sticks and bats to chains and projectiles…. The list also includes firearms. It makes no sense to ban every other weapon but allow firearms when intelligence shows that armed militia groups plan to storm the Capitol.”

There is no such intelligence. It is a farce and so is his illegal “state of emergency,” which is also being challenged via filing for an emergency injunction.

“Pilots who do not adhere to the following procedures may be intercepted, detained and interviewed by enforcement/security personnel,” the flight restriction notice also said.

The NOTAM statement from the FAA reads:

FDC 0/4707 ZDC PART 1 OF 3 VA..AIRSPACE RICHMOND, VA..TEMPORARY FLIGHT RESTRICTIONS. JANUARY 20, 2020 LOCAL. PURSUANT TO 49 USC 40103(B)(3), THE FEDERAL AVIATION ADMINISTRATION (FAA) CLASSIFIES THE AIRSPACE DEFINED IN THIS NOTAM AS ‘NATIONAL DEFENSE AIRSPACE’. ANY PERSON WHO KNOWINGLY OR WILLFULLY VIOLATES THE RULES CONCERNING OPERATIONS IN THIS AIRSPACE MAY BE SUBJECT TO CERTAIN CRIMINAL PENALTIES UNDER 49 USC 46307. PILOTS WHO DO NOT ADHERE TO THE FOLLOWING PROCEDURES MAY BE INTERCEPTED, DETAINED AND INTERVIEWED BY LAW ENFORCEMENT/SECURITY PERSONNEL. PURSUANT TO TITLE 14 CFR SECTION 99.7, SPECIAL SECURITY INSTRUCTIONS (SSI), ALL UNMANNED AIRCRAFT SYSTEM (UAS) FLIGHT OPERATIONS ARE PROHIBITED WITHIN AN AREA DEFINED AS 2NM RADIUS OF 373217N0772604W (RIC300005.9) SFC-2000FT AGL EFFECTIVE 2001201200 UTC (0700 LOCAL 01/20/20) UNTIL 2001210001 UTC (1901 LOCAL 01/20/20). EXCEPT AS SPECIFIED BELOW: A. UAS OPERATIONS AUTHORIZED WITHIN THE DEFINED SSI AIRSPACE IF IN COMPLIANCE WITH THE 2001201200-2001210001 END PART 1 OF 3 FDC 0/4707 ZDC PART 2 OF 3 VA..AIRSPACE RICHMOND, VA..TEMPORARY FLIGHT REQUIREMENTS LISTED BELOW: 1) UAS FLIGHT OPERATION CONDUCTED IN DIRECT SUPPORT OF AN ACTIVE NATIONAL DEFENSE, HOMELAND SECURITY, LAW ENFORCEMENT, FIREFIGHTING, SEARCH AND RESCUE, OR DISASTER RESPONSE MISSION. 2) THE UAS FLIGHT OPERATION MUST COMPLY WITH ALL OTHER APPLICABLE FEDERAL AVIATION REGULATIONS. B. UAS OPERATORS WHO DO NOT COMPLY WITH APPLICABLE AIRSPACE RESTRICTIONS ARE WARNED THAT PURSUANT TO 10 U.S.C. SECTION 130I AND 6 U.S.C. SECTION 124N, THE DEPARTMENT OF DEFENSE (DOD), THE DEPARTMENT OF HOMELAND SECURITY (DHS) OR THE DEPARTMENT OF JUSTICE (DOJ) MAY TAKE SECURITY ACTION THAT RESULTS IN THE INTERFERENCE, DISRUPTION, SEIZURE, DAMAGING, OR DESTRUCTION OF UNMANNED AIRCRAFT DEEMED TO POSE A CREDIBLE SAFETY OR SECURITY THREAT TO PROTECTED PERSONNEL, FACILITIES, OR 2001201200-2001210001 END PART 2 OF 3 FDC 0/4707 ZDC PART 3 OF 3 VA..AIRSPACE RICHMOND, VA..TEMPORARY FLIGHT ASSETS. C. FAA RECOMMENDS THAT ALL AIRCRAFT OPERATORS CHECK NOTAMS FREQUENTLY FOR POSSIBLE CHANGES TO THIS TFR PRIOR TO OPERATIONS WITHIN THIS REGION. D. THE SYSTEM OPERATIONS SUPPORT CENTER (SOSC), IS THE POINT OF CONTACT AND COORDINATION FACILITY FOR ANY QUESTIONS REGARDING THIS NOTAM AND ARE AVAILABLE DAILY FROM 0700-2300 EASTERN, PHONE 202-267-8276. 2001201200-2001210001 END PART 3 OF 3

Be safe out there patriots!