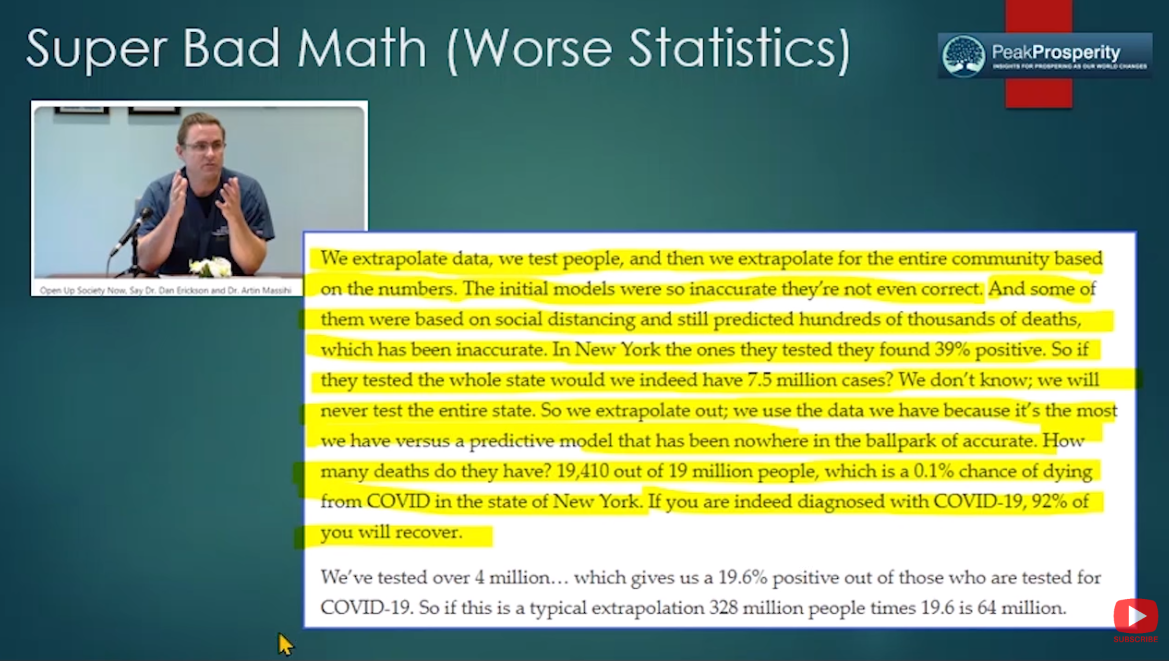 (Natural News) The “two doctors” video that has been widely cited across independent and conservative media turns out to be yet another example of mathematical illiteracy parading as authoritative medicine.

The two doctors featured in the video, Drs. Dan Erickson and Artin Massih, co-owners of Accelerated Urgent Care in Bakersfield, California, put on a clinic of mathematical and statistical illiteracy in their now-banned video, essentially claiming no lockdowns were ever necessary and that the coronavirus isn’t really very dangerous at all.

To arrive at that absurd conclusion, they of course cite horribly bad math… the kind of math that would earn you an “F” in Statistics 101. From their video, here’s what they say:

The problem with that explanation? The sample of people who are being tested are, of course, the people most likely to have symptoms or who believe they have been exposed. It’s not a random sample of the population at large. (Again, this is Statistics 101.)

Accordingly, you can’t extrapolate the positive test ratio among symptomatic or high-risk people to the population at large. Yet this is how they arrive at the wrong conclusion that, “You have a 0.03 chance of dying from COVID in the state of California.”

That’s like saying if you test 1,000 drug addicts who share needles for HIV and find HIV at 10% in that high-risk population, then the entire state of California must have a 10% HIV infection rate. That’s absurd.

Once again, Chris Martenson at PeakProsperity.com breaks it down and exposes the mathematical illiteracy of the “two doctors,” reminding us why it’s rather scary that these two guys are practicing medicine at all.

“This is called Statistics 101,” explains Chris Martenson. “In fact, this is the first day of Statistics 101, where they talk to you about sampling and they put that out of the way so you can move past the sampling and get to the math. You can’t use samples that come out of testing in hospitals as something that you extend across the entire population. It’s so inappropriate…”

Thus, the “two doctors” video is a fairy tale.

Why do so many people find bad math arguments so convincing when they’re actually total nonsense?

It’s not merely disturbing that these doctors don’t understand basic mathematics and statistical sampling fundamentals; it’s even more disturbing that so many people found their bad arguments convincing. That’s because nothing has caused more people to lose their minds and abandon all rational thought than the coronavirus.

Because many people want the pandemic to be no big deal, they immediately latch onto arguments that hold no water, almost always in an effort to satisfy an emotional need of comfort. People don’t want to live in a world where a deadly bioweapon is highly contagious and actually kills 10% of those who become symptomatic — with a death risk that’s 56 to 100 times higher than the regular flu — so they desperately cling to bad reasoning and incorrect math as long as it makes them feel better.

This is how we get people making insanely flawed statements like, “Sweden has reached herd immunity.” No it hasn’t. Not even close. Or, “The Stanford study proved almost everybody is already infected.” No it didn’t, not even close. The Stanford study allowed people to self-select for inclusion in the study, offering free testing to participants. Thus, it essentially recruited high-risk people who thought they were already infected.

It’s astonishing how people who want the coronavirus to be no big deal are happy to cite bad science that’s worse than “climate change” science in order to push their own absurd beliefs. It’s also bizarre how so few people in the independent media are able to see the problems with bad math and bad statistics.

The truth is that the coronavirus is 56 to 100 times more deadly than the flu, when comparing apples to apples:

Stay informed. Read Pandemic.news for accurate analysis of the coronavirus pandemic, or BadDoctors.news for more stories on bad doctors. 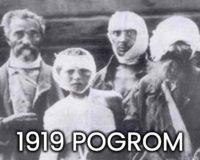