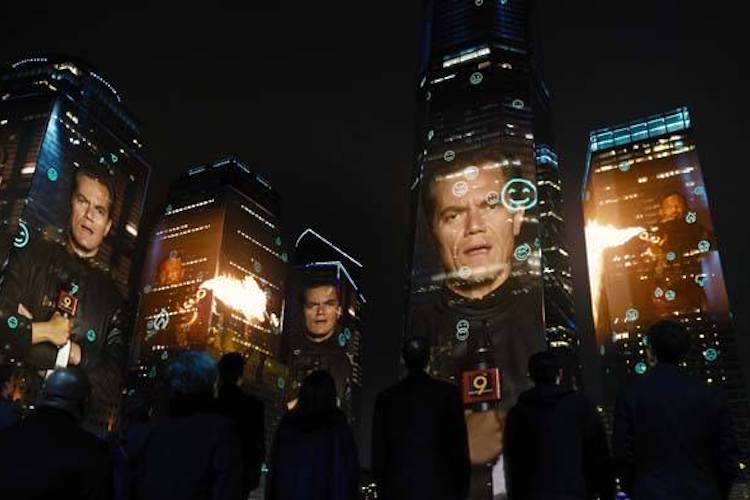 Even if it has been a while since you read Fahrenheit 451, you might remember Ray Bradbury’s classic for its portrayal of a dystopian future in which an authoritarian government burns books.

Read Fahrenheit 451 again to discover why people wanted their tyrannical government to burn books. Bradbury wrote Fahrenheit 451 in 1953, yet the parallels to today’s social climate for censorship are haunting.

Bradbury’s protagonist is Guy Montag, who, like all firemen in Bradbury’s future, burns books.

In Bradbury’s dystopia, firemen became “custodians of our peace of mind, the focus of our understandable and rightful dread of being inferior; official censors, judges, and executors.”

Today’s mainstream and social media are “custodians of our peace of mind” as they filter out “conflicting theory and thought.” Captain Beatty is Montag’s boss. Beatty explained, “If you don’t want a man unhappy politically, don’t give him two sides to a question to worry him; give him one.”

If you don’t want people debating questions such as Covid-19 policy, Beatty has the ticket: “Cram them full of noncombustible data, chock them so damned full of ‘facts’ they feel stuffed, but absolutely ‘brilliant’ with information. Then they’ll feel they’re thinking, they’ll get a sense of motion without moving.”

Today, millions listen daily to reports of case counts of Covid-19. Like Bradbury predicted, listeners can recite the numbers but have no context to make sense of the numbers. Many have little idea that important scientists and doctors have advocated alternatives to lockdowns that could save lives and abate catastrophic impacts on economies. As in Bradbury’s world, many are working tirelessly to disparage and censor alternative views.

After Montag questions his role as a book burner, he recites Dover Beach by Matthew Arnold to neighbors. His neighbors were shocked at the feelings the poem provoked. One cries out, “Silly words, silly words, silly awful hurting words… Why do people want to hurt people? Not enough hurt in the world, you’ve got to tease people with stuff like that!”

Pretending you can “stay happy all the time” was another social norm driving popular demand for censorship in Fahrenheit 451. Beatty explains,

[Censorship] didn’t come from the Government down. There was no dictum, no declaration, no censorship, to start with, no! Technology, mass exploitation, and minority pressure carried the trick, thank God. Today, thanks to them, you can stay happy all the time, you are allowed to read comics, the good old confessions, or trade journals.

In Bradbury’s dystopia, to consider conflicting theories makes for unhappiness, so Beatty lauds the fireman’s mission and justifies censorship:

The important thing for you to remember, Montag, is we’re the Happiness Boys, the Dixie Duo, you and I and the others. We stand against the small tide of those who want to make everyone unhappy with conflicting theory and thought. We have our fingers in the dyke. Hold steady. Don’t let the torrent of melancholy and dreary philosophy drown our world. We depend on you. I don’t think you realize how important you are, we are, to our happy world as it stands now.

In Bradbury’s future, intellectuals came under scrutiny when ideas conflicted. The word “intellectual” became a “swear word.” The public dreaded “the unfamiliar” and disdained a world where merit mattered. Again, Bradbury has Beatty explain the mindset behind such thinking:

We must all be alike. Not everyone born free and equal, as the Constitution says, but everyone made equal. Each man the image of every other; then all are happy, for there are no mountains to make them cower, to judge themselves against. So! A book is a loaded gun in the house next door. Burn it. Take the shot from the weapon. Breach man’s mind. Who knows who might be the target of the well read man?

In Bradbury’s dystopia, thinking was not welcome. Even front porches were eliminated. One of Montag’s young neighbors explained why:

People sat there sometimes at night, talking when they wanted to talk, rocking, and not talking when they didn’t want to talk. Sometimes they just sat there and thought about things, turned things over… they didn’t want people sitting like that, doing nothing, rocking, talking; that was the wrong kind of social life. People talked too much. And they had time to think.

Social distancing is today embraced as a way to keep us safe from Covid-19. Social distancing also keeps us safe from “conflicting theories and thoughts.” Chairs have been removed from social gathering places. Hallways are quiet. Nobody stands around the water cooler. People have few places to talk with each other. The parallel to porches is haunting.

Perhaps you are sensing a shift in social norms undermining parental rights and the sanctity of the family. Bradbury foresaw a push for government-funded pre-school. Captain Beatty explains,

The home environment can undo a lot you try to do at school. That’s why we’ve lowered the kindergarten age year after year until now we’re almost snatching them from the cradle.

Bradbury also anticipated today’s justification of looting. Some claim that rioters are merely damaging property, not people. Before he began to see the evil he was part of, Montag eased his conscience with this similar line of thinking:

You weren’t hurting anyone, you were hurting only things! And since things really couldn’t be hurt, since things felt nothing, and things don’t scream or whimper.

Warning his readers of policies shaped by the majority, Bradbury writes,

Today, politicians claim the right to destroy freedom when they get a majority vote of the people. This dangerous reasoning is antithetical to the founding principles of this country.

We can take a lesson from Bradbury’s character Professor Faber, who recognized the consequences of his own self-censorship:

I saw the way things were going, a long time back. I said nothing. I’m one of the innocents who could have spoken up and out when no one would listen to the ‘guilty,’ but I did not speak and thus became guilty myself.

In his novel, Bradbury didn’t take a deep dive into the psychology of saying nothing. My recent essay on mask mandates by businesses provoked a strong response. Many were sympathetic to my point that businesses respond to consumer demand. Yet, some believe that business policy is being shaped by a small but frightened and very vocal minority who complain loudly to managers about customers not wearing a mask.

Going against the vocal herd takes courage. In his book The Heart Aroused, poet David Whyte, who works with businesses on organizational change issues, shares a universal story:

A man I know finds himself in a meeting room at the very edge of speech; he is approaching his moment of reckoning, he is looking for support from his fellow executives around the table … the CEO is pacing up and down on the slate gray carpet. He has asked, in no uncertain terms, for their opinion of the plan he wants to put through. ‘I want to know what you all think about this,’ he demands, ‘on a scale of one to ten.’

Whyte explains the CEO made it plain he wanted to hear “ten.” Whyte’s friend thinks the plan is terrible, and rumors are that other executives feel the same. As the CEO goes around the room, Whyte’s friend hears his colleague, one by one, say “ten.” When it is his turn, “against everything he believes, (Whyte’s friend) hears a mouselike, faraway voice, his own, saying ‘ten.’”

According to Elisabeth Noelle-Neumann’s theory of the spiral of silence, “our willingness to express an opinion is a direct result of how popular or unpopular we perceive it to be.” When we believe our belief is popular, we will make a point of signaling that we are part of the herd. Like Whyte’s friend, we will avoid expressing our point of view when we sense it will be unpopular.

If you think the public is empowered by social media to express unpopular views, you would be mistaken. As in Fahrenheit 451, people censor themselves first, even before Facebook and Twitter add their own censorship.

In 2014, the Pew Research Center surveyed the public about their willingness to freely express their views about the 2013 Edward Snowden revelations. The survey revealed that “people were less willing to discuss the Snowden-NSA story on social media than they were in person.” Social media was not an outlet for those concerned about expressing an unpopular view.

Consistent with the “spiral of silence” theory and compatible with Bradbury’s dystopian future, no matter what the setting, people are reluctant to share an unpopular view. A 2020 Cato survey found 62% “of Americans say the political climate these days prevents them from saying things they believe because others might find them offensive.”

Today, how many say nothing to their neighbors and colleagues about Covid-19 policies for fear of being accused of not valuing human lives? In Fahrenheit 451, silence helped pave the way for the public’s embrace of tyranny. In 2020, Fahrenheit 451 is far more than a chilling, cautionary tale. To reverse the spiral of silence we must make space for candid conversations by thoughtfully considering alternative viewpoints.