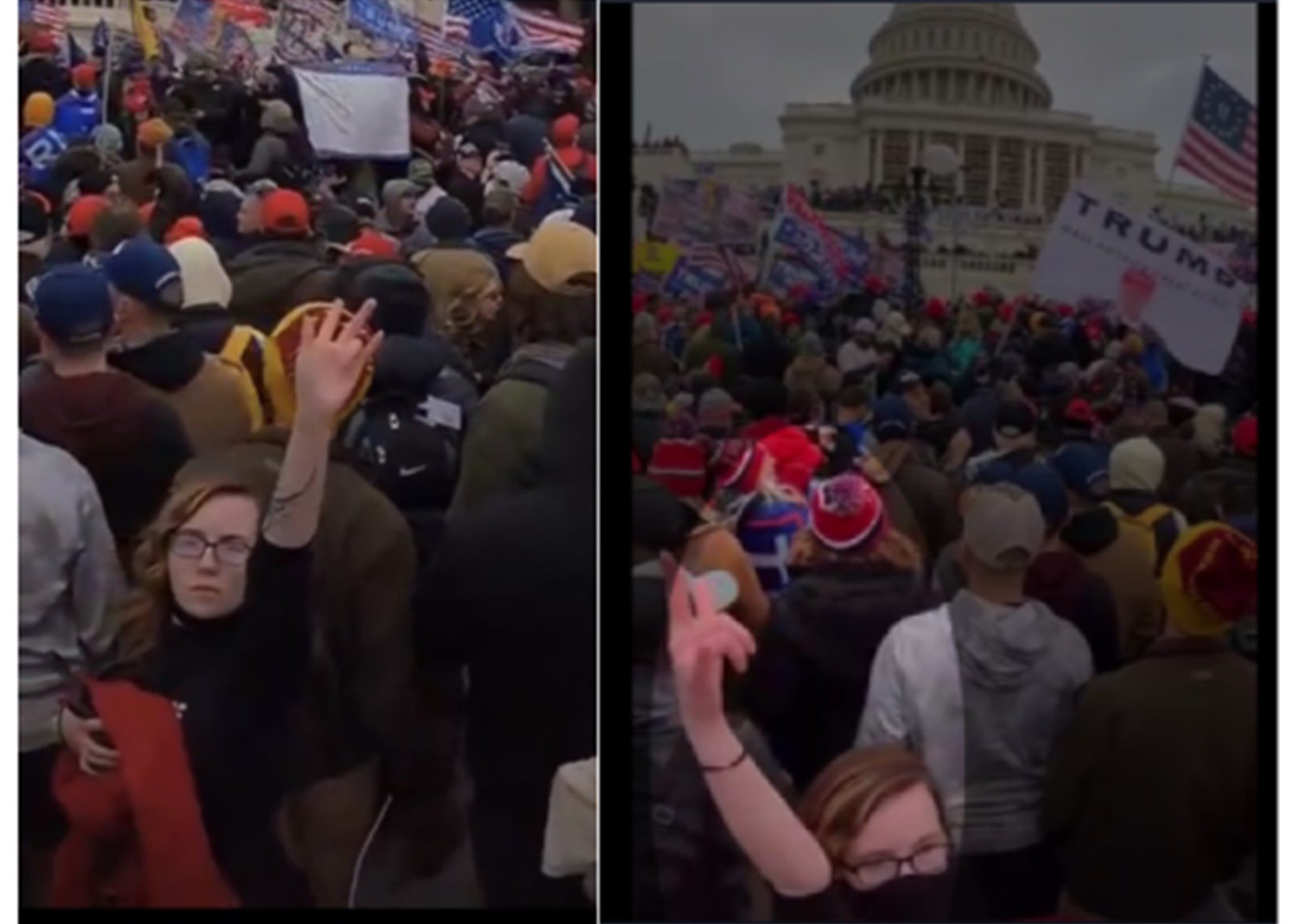 Nick Mastrangelo is one of those guys on our side and has added some real evidence to further our “conspiracy” thinking.

As reported on The Gateway Pundit and American Gulag, the footage depicting a half dozen or so highly trained, plainclothes conspirators conducting an operation to break a window at the Capitol on January 6 may just be the tip of the iceberg.

FireandShine78 Replied to The Gateway Pundit’s Gettr Page in response to this finding with a video depicting what appears to be a woman in a red trench coat attempting to signal, or wave to other individuals behind her. Here is the video below:

The video starts with her in a red trench coat, turning around and waving to others. Her hand is in a deliberate “signal” formation. The video pans out for a couple seconds, then at 27 seconds into the video, the individual in question appears to remember she is living through the COVID-19 Pandemic, and returns into frame with a mask on her face.

She begins to signal again to others directed behind her.

Who was she signaling to?

Was the mask worn to conceal her identity? Why or how would it make her more recognizable to the individuals she is signaling to?

Why is she not charged for conspiring with others to breach restricted grounds?

Is it possible that she was hungry and just wanted a couple of hotdogs or donuts?

She is probably not charged because she provided Capitol Police with a little “extra entertainment,” but what the hell do I know?

I wasn’t there. My invitation likely came but I was too blind to read it.

It’s good to be able to see again and get back in the fight folks.

I’m starting phase two of my return to the fight. I sure could use your help. -Dean