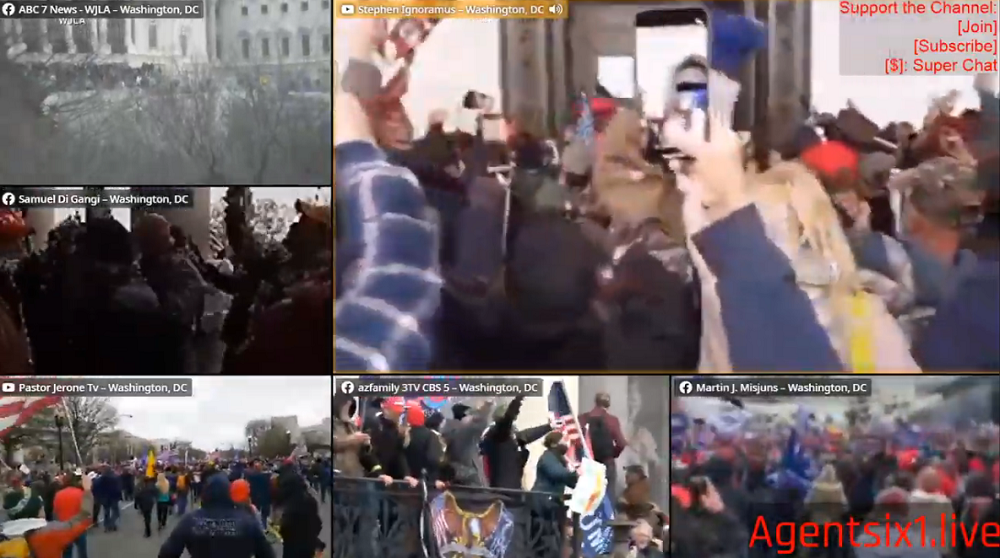 (Natural News) For months Americans with an IQ above mid-double-digits knew that neither President Donald Trump nor any of his allies including Roger Stone and Alex Jones worked to “incite” the Jan. 6 breach of the U.S. Capitol Building, but according to a report this week, that is now an official finding of the FBI.

“Ninety to ninety-five percent of these are one-off cases,” a former senior law enforcement official told the newswire. “Then you have five percent, maybe, of these militia groups that were more closely organized. But there was no grand scheme with Roger Stone and Alex Jones and all of these people to storm the Capitol and take hostages.”

Federal authorities have arrested more than 570 people who allegedly participated in the Capitol breach (keep in mind that tens of thousands of people were in D.C. that day to hear Trump speak), but at this point, the bureau does not believe there was a massive, universal plot to disrupt the Capitol, take congressional hostages, take over the government, or anything even remotely close to that. The “violence was not centrally coordinated by far-right groups or prominent supporters of then-President Donald Trump,” Reuters reported.

That said, the investigation has found that some individuals did plot to break into the Capitol who belonged to right-leaning groups like the Oath Keepers and Proud Boys. But federal investigators say that these were small-time, low-key efforts and that most of the actual ‘planning’ took place the day of the breach, indicating, again, that there was no long-term “operation” to take down the government.

“They alleged that one Proud Boy leader recruited members and urged them to stockpile bulletproof vests and other military-style equipment in the weeks before the attack and on Jan. 6 sent members forward with a plan to split into groups and make multiple entries to the Capitol,” Reuters reported.

“But so far prosecutors have steered clear of more serious, politically-loaded charges that the sources said had been initially discussed by prosecutors, such as seditious conspiracy or racketeering.”

This, after months of Democrat accusations that Trump was some rebel commander and sedition mastermind who directed legions of armies to do his bidding.

But do you know what the FBI’s ‘findings’ smack of (and you can bet this story was leaked on purpose)? An effort to cover up FBI involvement in staging what was obviously a false flag attack.

Recall that shortly after the incident, a trained observer who is an expert in spotting such observations, J. Michael Waller, who was at the Capitol that day, wrote about what he saw in a piece for The Federalist a week after the breach:

You don’t go to a rally dressed like this. These people were there specifically to stage an attack on the Capitol so that Trump would be blamed — and it’s very likely the FBI was involved, as Tucker Carlson of Fox News has speculated.