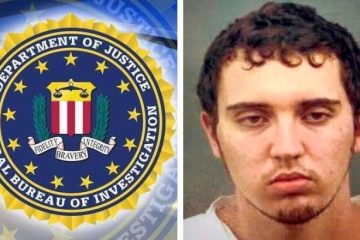 So, just like 9/11, just like the plot to behead Pamela Geller and just like their involvement in the Garland jihad attempt a couple of years back, the FBI has once again demonstrated that they cannot be trusted to act when they have credible information of actual crimes that are imminent or in the process of taking place. The latest evidence of this is mass shooting that took place in El Paso, Texas earlier this month, of which, the FBI had foreknowledge of the intentions of the shooter, but did nothing.

A report out by Whitney Webb of Mint Press News begins:

As a series of recent mass shootings have brought renewed demands for the U.S. government to do something to address the spike in “lone wolf” violence, the Trump administration’s decision to blame internet privacy, controversial websites like 8chan, and social media for the shootings has raised eyebrows from across the political spectrum, particularly in light of claims that Trump’s recent rhetoric about immigrants may have incited some of the shooters.

During a press conference on Monday, Trump blamed the internet for the three most recent mass shooting events:

Yet, not long before the recent spate of mass shootings began, U.S. Attorney General William Barr gave a speech on July 23 in which he spoke of the need for all consumer electronic devices and encrypted software to have a backdoor for the government to bypass encryption, essentially calling for many of the same measures that Trump has proposed following the recent shootings.

Notably, Barr concluded his speech by stating that he anticipated “a major incident may well occur at any time that will galvanize public opinion on these issues.” In other words, just a few days prior to the recent spate of mass shootings, William Barr stated that he anticipated a public safety crisis that “may well occur at any time” and would reduce public resistance to the further erosion of civil liberties that he was advocating for in his speech.

In the conclusion of the speech above, Barr stated:

I think it is prudent to anticipate that a major incident may well occur at any time that will galvanize public opinion on these issues.

As this debate has dragged on, and deployment of warrant-proof encryption has accelerated, our ability to protect the public from criminal threats is rapidly deteriorating. The status quo is exceptionally dangerous, unacceptable, and only getting worse.

The rest of the world has woken up to this threat. It is time for the United States to stop debating whether to address it, and start talking about how to address it.” (emphases added)

The issue is not and never will be internet privacy, violent video games or any of that. It will always be the human heart that is deceitfully wicked and sick, and it will always be only the person or persons who actually commit crime that are to blame for the crime, not inanimate objects like guns or knives.

Yet, there is no doubt that Barr, an open anti-gun rights advocate, anticipated a major incident, and used language similar to that of Democrats a few years back that wanted to advance more gun confiscation laws.

However, now it is questionable as to whether or not Barr actually knew about the El Paso shooter’s intentions because the FBI sure did and they work under the Justice Department.

Furthermore, the FBI, which operates under the jurisdiction of the Department of Justice and reports directly to William Barr, has now stated that it was aware of the El Paso shooter’s plan to murder civilians via a post made on 8chan at least two hours before the shooting took place. 8chan — a controversial website that the FBI is known to have used to incite violence as part of its controversial terrorist entrapment strategy — has since been banned in the shooting’s aftermath. In addition, less than two months ago, the FBI obtained a warrant for 8chan’s host — Ch.net — in which the Bureau demanded access to the entire contents of the accounts that were of interest in that specific investigation, suggesting that the FBI had increased access to information of hundreds of 8chan accounts in the lead-up to the recent shootings.

The overlap between Barr’s recent speech and Trump’s proposed solution to the massacres, as well as the FBI’s unusual recent relationship with 8chan, has led some to suggest that the Trump administration is taking advantage of the tragedy at El Paso and of other recent mass shootings to impose unpopular restrictions on civil liberties and increase the mass surveillance of innocent Americans.

Of course, Trump is doing that! His administration is attacking the rights of the people all over the place. His red flag position is a clear attack on the First, Second, Fourth and Fifth Amendment-protected rights of Americans.

These guys are working together and like the Democrats, they are calling it “common sense” measures, and Republicans would have it so because, after all, he’s got their jersey on.

And the FBI, like Barr and others, are pushing the bounds of the restraints on them by the Fourth Amendment.

Webb points out the following:

On Thursday, July 25, the last day of the ICCS conference, FBI Director Christopher Wray also echoed Barr’s call for government back-doors into encrypted software and apps, stating in his speech:

Cybersecurity is a central part of the FBI’s mission. But as the attorney general discussed earlier this week, our request for lawful access cannot be considered in a vacuum. It’s got to be viewed more broadly, taking into account the American public’s interest in the security and safety of our society, and our way of life. That’s important because this is an issue that’s getting worse and worse all the time.

There’s one thing I know for sure: It cannot be a sustainable end state for us to be creating an unfettered space that’s beyond lawful access for terrorists, hackers and child predators to hide. But that’s the path we’re on now, if we don’t come together to solve this problem.”

That’s not all, and if people are paying attention, this may be the death knell to Facebook:

One of the main solutions Trump offered to what he alleged caused the recent shootings was to mandate the DOJ “to work in partnership with local, state and federal agencies as well as social media companies to develop tools that can detect mass shooters before they strike.” Some interpreted this statement as suggesting the more widespread implementation of “pre-crime” software, such as Palantir, which was co-founded by billionaire Trump backer Peter Thiel, who is also on Facebook’s board.

Conveniently for William Barr, Facebook announced in May that the company is already developing just the “backdoor” that the attorney general has sought. This new initiative would implement AI-powered surveillance measures onto consumer devices, which would bypass end-to-end encryption on both the recently encrypted Facebook Messenger and the popular encrypted messaging app WhatsApp, acquired by Facebook in 2014. Though the measure was announced in May, it has received media attention only in the last week, following Barr’s speech at the 2019 ICCS.

Following Trump’s proposal for social media and the Barr-led DOJ to work together to monitor encrypted messages, it seems that Facebook will be one of the first major tech companies to offer its ready-made solution to the U.S. government. It is also worth considering the possibility that Barr may use the threat of his Silicon Valley antitrust probe to potentially strong-arm tech companies that would otherwise be unwilling to create a government back-door in their software or products. That probe was announced the same day that Barr spoke about anti-encryption measures at the 2019 ICCS.

While I am certainly for dealing with the criminal behavior of a lot of these tech companies, one should keep in mind that Palantir was CIA funded start-up group that we know sorts raw data that Facebook provided on innocent citizens for the government in an attempt to prosecute them.

We also know that this backdoor stuff is not going to just begin when a crime has occurred. These people have already demonstrated that they know about crimes that are about to occur and do nothing. Yet, they keep telling us they need to push the boundaries to have access to our private things to help them do their job, which they obviously are not doing very well in the first place when it is right in front of their collective faces.

This is not about negligence or stupidity. It’s about advancing an agenda and if you support it, then let me tell you, you are going to get what you deserve from these people when their agenda is complete. George Orwell warned us. Edward Snowden warned us. Julian Assange warned us. God Himself has warned us of the intentions of wicked men. I’m warning us.

What is being advanced are such clear violations of the Constitution, usurping powers not delegated to the federal government and abuses of power that our founding fathers would have long ago addressed if they were living now. The question I have for Americans is this: Why aren’t you addressing them and what will it take for you to address them?