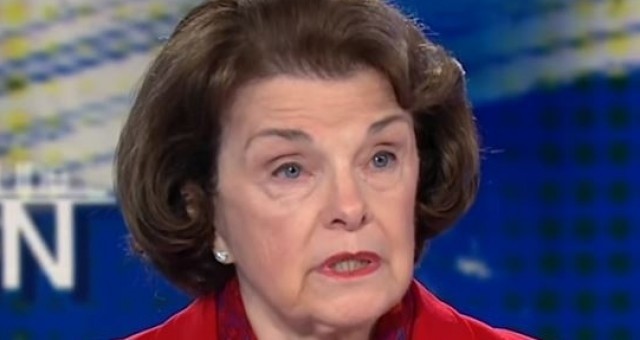 Sen. Dianne Feinstein (D-CA) got paid a visit from Federal agents which involved her husband, Richard Blum wanting information over her husband’s decision to unload stock ahead of the coronavirus outbreak.

Feinstein’s husband is no stranger to shady deals- that’s how they are so rich.

As the New York Post notes, “Blum’s company, CBRE, was selected in March 2011 as the sole real estate agent on sales expected to fetch $19 billion. Most voters didn’t notice that Blum is a member of CBRE’s board and served as chairman from 2001 to 2014.”

Feinstein’s office denies that she had anything to do with the USPS decision.

This is not the first time Feinstein and her husband have come under fire for engaging in crony capitalism.

The California Democrat also purportedly handed over documents to federal agents to indicate she had “no involvement” in her husband’s decision to sell off between $500,000 to $1 million in a biotech company, Allogene Therapeutics, this past January, Breitbart reports.

A spokesperson for Feinstein told The New York Times Thursday that the FBI asked her “basic questions” last month about stock sales made by her husband, and added that the senator provided requested documents to federal law enforcement that showed she had no involvement in her husband’s financial transactions, Daily Caller reports.

The 86-year-old California senator sold at least $1.5 million in stocks following a late January briefing on the coronavirus, but has denied any wrongdoing, and has said that all of her assets are in a blind trust.

The sale, which coincided with the stock trading at its 2020 low, came shortly before the market tumbled because of the coronavirus pandemic. Feinstein’s admission came on the same day that Sen. Richard Burr (R-NC) temporarily stepped down as chair of the Senate Intelligence Committee because of an ongoing investigation into his own unloading of stock in February.

Burr, who is not only facing a Department of Justice (DOJ) probe, but one from the Securities and Exchange Commission as well, made the announcement after the FBI seized his cell phone on Wednesday at his Washington, DC, home.

Law enforcement officials are supposedly attempting to establish a timeline of when the senator decided to sell upwards of $1.72 million in stock this past February. At the time, Burr was receiving nearly daily briefings from the Senate Intelligence Committee on the coronavirus threat, and there is speculation he may have acted on information privy only to members of his panel.

CORRUPT AS ALL HELL!