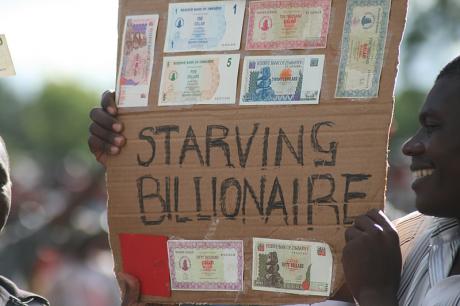 It looks like the analytical geniuses over at the San Francisco Fed have finally figured out something that Larry Summers anticipated nearly a year ago: When you pump trillions of dollars of stimulus spending into the economy, it causes inflation to overheat to the highest level in a generation.

Of course, Summers was aggressively poo-poo’d by policy nabobs at Treasury (not to mention the Eccles Building) when he first projected that inflation would likely exceed 5% by the end of 2021 thanks to the federal government’s decision to hand out trillions of dollars in stimmies, benefits and PPP loans (combined with the Fed’s ’emergency’ policy posture that involved backstopping corporate debt and slamming interest rates back down to the zero-bound). While he has since been vindicated, at the time, Summers was nearly excommunicated by his fellow Democrats for having the audacity to suggest that the federal government shouldn’t have ridden to the rescue of ordinary people during a once-in-a-century pandemic (or, at the very least, it maybe should have considered a more measured approach).

Now, months after Summers inflationary fears were vindicated, the Fed has finally summoned the courage to acknowledge that maybe the government’s balls-to-the-wall COVID stimulus was responsible for stoking the voracious inflationary spiral that – contrary to Jerome Powell’s assurances – has been anything but “transitory”.

To wit, on Monday, a team of researchers with the SF Fed published a research report illustrating how the US fiscal-policy response is, more than likely, responsible for driving up price pressures.

According to the note, the team set out to answer a question that has plagued economists in recent months: why has inflation been so much more intense in the US than in many of its developed-nation peers?

After crunching the numbers, the team arrived at the following conclusion:

“Though many of the pandemic distortions are common to other countries, we show that U.S. inflation has risen more quickly and increasingly diverged from inflation in other OECD (Organisation for Economic Co-operation and Development) countries. In seeking an explanation, we turn to the combination of direct fiscal support introduced to counteract the economic devastation caused by the pandemic.”

The team compared US inflation to a smattering of OECD countries, before determining that the difference between the US inflation rate and that of its OECD rivals – which had moved largely in lock-step during the years before the pandemic – was the boost to disposable incomes in the US, which were buttressed by the federal government’s generous fiscal largess.

First, the team ruled out that the difference in the inflation readings wasn’t due to a “measuring error”, but to “direct fiscal transfers”, which are higher in the US than abroad.

As the chart below shows, the data are pretty stark: “they show that throughout 2020 and 2021, US households experienced significantly higher increases in their disposable income relative to their OECD peers.” Note how the peaks in US disposable income correspond to the passage of the CARES Act and the other COVID stimulus bills

That’s not to say that the Fed believes the US should have held back (like Summers initially suggested). On the contrary, the team concluded (for reasons that weren’t entirely fleshed out in their note) that “without these spending measures, the economy might have tipped into outright deflation and slower economic growth, the consequences of which would have been harder to manage.”

Of course, relying on a counterfactual to prove one’s argument is never ideal.

But maybe policymakers can take this admission to heart, and try to keep it in mind when the next once-in-a-generation crisis finally arrives.