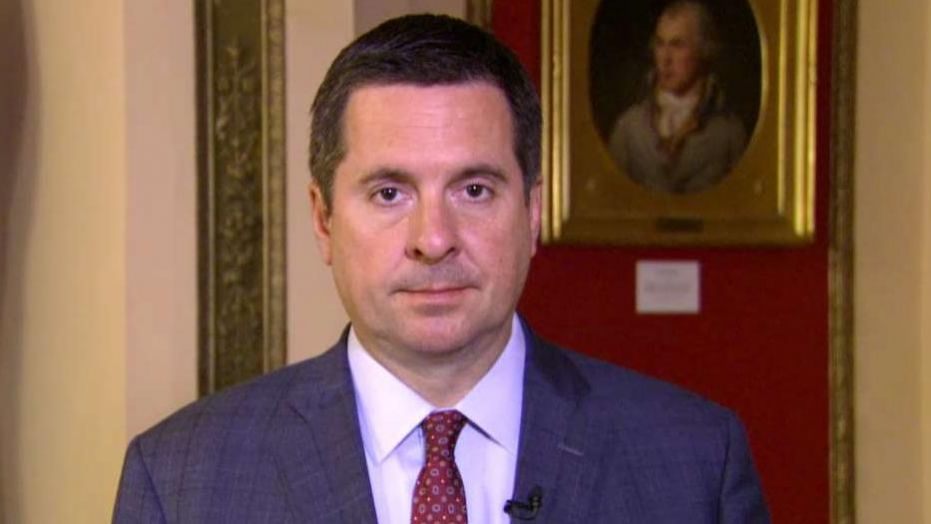 (Natural News) As chairman of the House Intelligence Committee during the first two years of President Donald Trump’s administration, Rep. Devin Nunes (R-Calif.) doggedly pursued evidence that his 2016 campaign was targeted by members of the Obama regime.

In addition, Nunes — who has top secret clearance as the now-ranking member of the committee that Democrats now control — was attempting to get to the bottom of an email scandal involving Hillary Clinton’s mishandling of classified materials via her homegrown, unprotected server.

And every step of the way, Nunes was thwarted, diverted, shunned and even ignored by federal agencies including the Justice Department, FBI and intelligence community.

But now, as President Trump faces a tough reelection against an opponent, Joe Biden, who is largely being kept under wraps by his campaign so he doesn’t make even more mistakes and verbal blunders during personal appearances, he has ordered documents and materials related to the Russian collusion hoax declassified and released to the American people.

That’s good, Nunes believes, but so much more needs to happen. And in fact, if all of the evidence related to Clinton’s email scandal and the collusion hoax narrative isn’t released, he believes the intelligence agencies holding the information ought to simply be shuttered.

And he said as much in a recent interview with Fox News’ Maria Bartiromo.

“Every Republican senator and member of Congress should be saying… we want every damn bit of evidence that every intelligence agency has or it’s maybe time to shut those agencies down,” a clearly agitated Nunes said.

A memo released last week via the Senate Judiciary Committee, penned by director of national intelligence John Ratcliffe claims that US intelligence made an investigative referral to the FBI regarding the information in September 2016.

In the memo, Ratcliffe notes that the referral mentioned “approval of a plan concerning U.S. Presidential candidate Donald Trump and Russian hackers hampering U.S. elections as a means of distracting the public from her [Hillary’s] use of a private mail server.”

“There’s plenty of circumstantial evidence to know this Maria, that the Clinton campaign had created all of this, because they knew that 33,000 emails were out there somewhere,” Nunes told Bartiromo.

“So they hired a former British spy named [Christopher] Steele who did the ‘Steele Dossier,’” Nunes continued, noting further: “Then they hired this suspected Russian spy so they could give it a veneer of being a Russian. So imagine that.”

But because the documentation remains classified, however, anyone who has seen it — like Nunes, perhaps — can’t discuss it because that’s a huge violation of federal law (not that Democrats have ever cared about the law).

The California Republican said, based on what he’s seen, there are “definitely smoking guns” and as such, the information “definitely needs to be made available to the American public.”

“There’s even more underlying evidence that backs up what Director Ratcliffe put out,” Nunes said.

As for getting that information declassified, it certainly appears as though that’s well in the works.

On Tuesday, after getting back to the White House following his short two-day stay at Walter Reed Military Medical Center undergoing treatment for COVID-19, President Trump tweeted in response to a post by investigative journalist Paul Sperry that he’s authorized the declassification of all documents related to the Russian collusion hoax and Clinton’s email scandal — without redactions.

“I have fully authorized the total Declassification of any & all documents pertaining to the single greatest political CRIME in American History, the Russia Hoax. Likewise, the Hillary Clinton Email Scandal. No redactions!” Trump wrote.