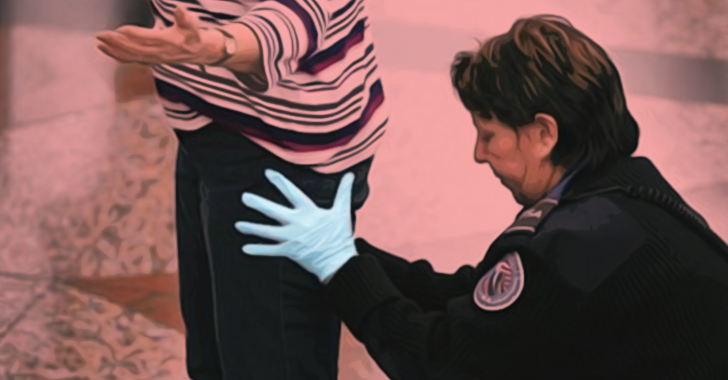 It appears that, once again, the government narrative that TSA surveillance and groping is needed to keep Americans safe from the terrorists “over there” is nothing but a justification to violate the rights of everyone.

Thanks to a group of federal air marshals displaying good conscience, we are now learning about a new program that shows the full web of physical and digital surveillance that is being employed by the government to track people far beyond even the dubious “terror watch list.” Not only are these marshals ready to talk – they are equipped with documents.

According to the group of marshals who first contacted the Boston Globe, the Quiet Skies program has been active since March. The group stated that immediate concern was registered when it became clear that what they were being asked to observe and document was an expansion of the established protocol of putting attention on people connected to a documented terror watch list. Their duties clearly included domestic surveillance of people who were under no formal suspicion and had no reason to be targeted other than vague behavioral observations and/or made it to the radar due to connections made by artificial intelligence programs regarding their data.

This expansive list must be seen to be believed: As the Globe relays, nearly anyone can become the target of one of the estimated 2,000-3,000 air marshals across the nation.

All US citizens who enter the country are automatically screened for inclusion in Quiet Skies — their travel patterns and affiliations are checked and their names run against a terrorist watch list and other databases, according to agency documents.

The program relies on 15 rules to screen passengers, according to a May agency bulletin, and the criteria appear broad: “rules may target” people whose travel patterns or behaviors match those of known or suspected terrorists, or people “possibly affiliated” with someone on a watch list.

If that wasn’t concerning enough, these details aren’t even the full extent of what the program could entail. In fact, the group of marshals themselves haven’t been given access to all of the documents.

The full list of criteria for Quiet Skies screening was unavailable to the Globe, and is a mystery even to the air marshals who field the surveillance requests the program generates. TSA declined to comment.

Many of the air marshals have become so troubled by the program that they have sought legal council and have also recorded their concerns in conversations with one another. These concerns cover everything from inefficiency, to constitutional and legal issues. Here is a snapshot of what was provided to the Globe:

While these new revelations might seem shocking to those who have not closely followed the expansion of the TSA, or those who are in the “I’ve got nothing to hide camp,” the shift to suspicionless tracking of American citizens has been taking place incrementally – and courts aren’t doing much to stop it.

As MassPrivateI reported recently, a Philadelphia Appeals Court ruled that TSA agents can’t even be sued for violations of body or rights.

As I reported in March (and keep in mind that’s when Quiet Skies is said to have begun), claims started to emerge from air travelers that their digital devices were being searched on domestic flights.

Add all of the above to the increased use of biometrics in travel and current abuses will pale in comparison to what is coming.

We have to salute this group of marshals for contacting the public about what is taking place. Hopefully this will lead to others coming forward in the true service of freedom by ensuring that propaganda about a shadowy terrorist threat doesn’t lead to all of the presumed-to-be innocent falling into new categories of suspicion.