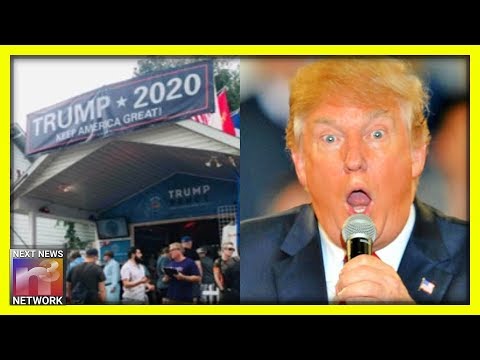 Sexual assault in the name of political differences?

Oh my how this country has changed.

For most people, state fairs conjure up memories of families spending precious quality time together, while partaking in centuries-old activities like sheep shearing, 4-H award ceremonies for kids, pie-eating contests, and family entertainment. The Minnesota State Fair is ranked the #1 Best State Fair in America, with the second-largest attendance at around 2 million people.

Most Americans don’t think of state fairs as a place where you have to be concerned about your safety. When it comes to the left and their affliction with Trump Derangement Syndrome, however, all bets are off.

The MN GOP couldn’t have imagined when they set up a booth at their state fair, the harassment, and anger they would encounter from the unhinged left. They certainly would not have imagined that an anti-Trump activist would sexually assault one of their female volunteers.

Jonathan Aanestad, who’s worked at the MNGOP boot for the past two years, posted a message on Facebook, where he explained how he’s been “taunted, spit at, yelled at, and been given the middle finger (indicated by the middle finger symbol) many times.” Aanestad added that “it is definitely escalating.” He ended his comment with “Trump Derangement Syndrome.” Facebook friend Barb Sutter agreed, saying she’s “experienced the same…from the ‘tolerant Left.’” Sutter called their behavior “#pathetic.”

Alpha News MN reports – Politicians use the large gathering of potential voters as an opportunity to get some facetime with voters. Both the DFL and Republican Party have booths staffed by mostly volunteers who greet fairgoers, try to sell merchandise, and register new voters.

In a dark turn for the typically friendly State Fair, leftwing Minnesota activists have begun to harass and assault with Republican candidates and volunteers.

The sexual perversion of the Left has gone way too far.

Never did I think I’d be writing about a woman sexually assaulting another woman because of political differences.

Still, with leftists pushing the LGBT agenda so hard, maybe we should not be surprised.

This movement has gone so insane that it is giving “normal gay people” a really bad name.

Like most people, I’ve known homosexual couples and people through the years and they were never hostile like today’s leftists scumbags.

Maybe the attacker is not lesbian, but she is a leftist scumbag.

The point is that this crazed game the left is playing has gone too far.

To attack someone for who they support politically is absolute evil.

If this escalates into civil war they can only blame themselves when they find out that their side is seriously outgunned.

Liberals must remember that we are still clinging to our God and our guns and this is a very dangerous game they are playing.

You can only poke and provoke us so many times before the reaction will be harsh.