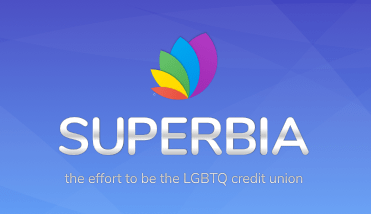 The State of Michigan approved the charter on Monday.

Do lesbian, gay, bisexual and transgender people need a bank of their own? Superbia Credit Union is about to find out.

Michigan on Monday approved a charter for the new financial institution designed for LGBTQ customers, clearing the way for online service to begin early in 2020.

Superbia Credit Union will offer products which are often outside the scope of a more traditional lender, such as loans for transgender people in the process of transitioning, said Myles Meyers, founder of New York-based Superbia Services Inc., which created the credit union.

“I can walk into a bank or credit union and apply for a loan or credit card or savings accounts and frankly, no problem,” said Meyers. “If I walked in to the same institution with my husband, we can come across different responses and welcome. And this is where it all starts to change for the community.”

Large swaths of corporate America now advertise their support for LGBTQ rights, and hundreds of companies have signed on to support federal and state laws to give equal protection to the community. A majority of Americans say they support gay marriage.

Here is the message from the landing page at Superbiafinancial.com:

Superbia Credit Union is the first ever Profit-for-Purpose financial institution that exists solely to serve and advocate for the LGBTQ community across the country.

Opening its virtual doors in early 2020, Superbia credit union is owned and guided by its members. An inclusive organization, anyone in support of the LGBTQ affirming mission is welcomed to join and become a member.

State Sen. Jeremy Moss explained to the newspaper, “State law doesn’t protect Michigan’s LGBTQ community from discrimination in the workplace and public accommodations…It’s burdensome that gay and trans Michiganders must depend on private businesses to take it upon themselves to provide equal treatment to employees and consumers.”

“Fortunately, many LGBTQ business owners and entrepreneurs have stepped up to specifically cater to the needs of our community,” Moss added,” and I’m especially excited to welcome in Superbia Credit Union to Michigan as a safe space to bank and obtain lines of credit without fear of discrimination.”

Superbia Credit Union promises to “provide access to fair, non-discriminatory products and services that care for the unique needs of the LGBTQ community, delivered with an affirming experience.” Thirty percent of the institution’s profits will go “directly to LGBTQ organizations, initiatives and community needs locally and across the country.”

Do you have to be gay to do business with Superbia?

So, if I want a loan and have adequate credit for something other than something LGBT-related can I get it?

Why do we need a bank just for the gay community?

It is a fair question.

The LGBT movement is growing stronger, not just in America but, worldwide.

Now they have their foothold with the banking system and it’s not just one institution.

The Credit Union Times is reporting that another Gay Financial Institution is set to open on the heels of Superbia:

Two organizations, one in New York and the other in California, are looking to be the first credit unions in the nation in more than 20 years to serve gay individuals and their families. Officials believe these people comprise an underserved minority group that is still struggling with financial discriminatory obstacles, myths and other money issues despite greater public acceptance of their lifestyles.

In San Francisco, LGBTQ Credit Union Coalition Organizing Director and Founder Spencer Watson expects to submit a federal charter application with the NCUA in 2019 with a goal of opening LGBTQ Federal Credit Union by 2023. The Coalition operates under the financial sponsorship of the San Francisco Bay Area Leather Alliance, a nonprofit that provides education on health and safety issues primarily to the leather, fetish, kink and motorcycle communities. Other nonprofits that are Coalition members include Sisters of Perpetual Indulgence, St. James Infirmary and community organizations such as the Queer Land Trust, which provides affordable housing for gay people. Watson said these groups and others will be included in the credit union’s field of membership.

“While certainly organizing the credit union itself is the principal goal of the Coalition, there are other milestones that we are looking to accomplish along the way, which is developing a robust understanding about the financial and economic LGBTQ issues,” Watson said, who previously built national movements as a campaign and relationship manager for several Bay Area nonprofits and developed individual clients’ financial and credit literacies as a credit counselor.

One would think that Superbia’s approval in Michigan would bode well for LGBTQ Federal Credit Union’s chances of approval.

The geography of being based in San Francisco certainly should not hurt their chances.

Stop reading now if you are easily offended, please.

What I, and likely many others, want to know is…

If a LGBT client defaults on the loan terms, what happens?

Do they repossess their brand new penis?

That may have been in bad taste, but which is more ludicrous…

1. My obvious bias against sexual perversions which I believe sinful? or…

2. The LGBT community opening their own bank so they can get sex changes?

Why don’t they just do something to get thrown in prison so they get their sex changes for free?

I’m going to shut up now before I explode.

America is in big, big trouble.