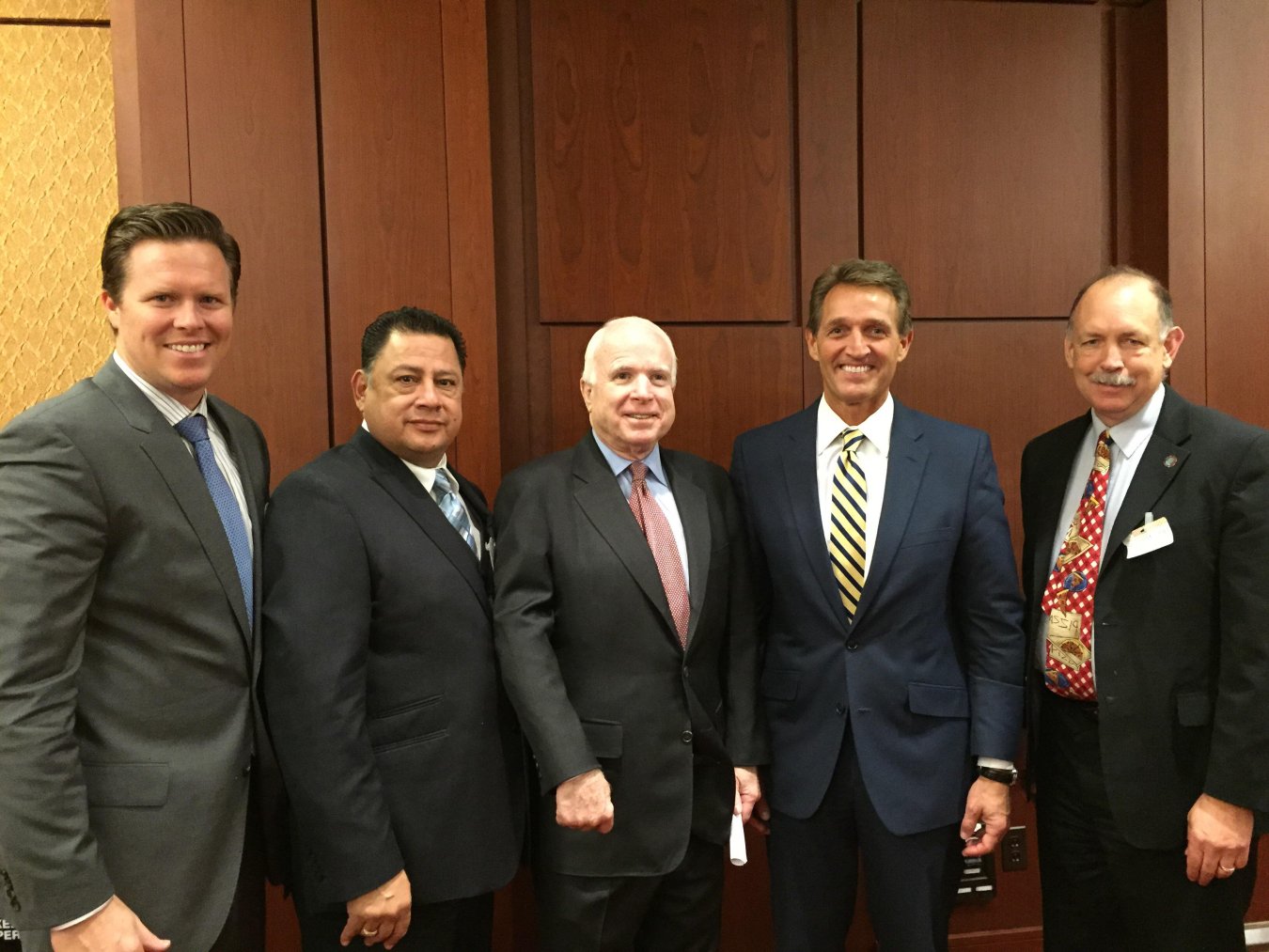 Recently we reported on the arrest of Paul Peterson, an attorney and former elected public servant, who is now facing DOJ charges relating to adoption fraud and the smuggling of illegal aliens.

Peterson was allegedly bringing pregnant women, from The Marshall Islands, to America and putting their children up for adoption, for hefty profits.

It is now being reported that, in some cases, the women did not want to give up their children.

Here is a quick rundown from yesterday;s article at our sister site…

The Trump Administration’s crackdown on human smuggling and trafficking continues.

Many unborn children may have just been saved from a horrid existence by The DOJ.

Paul Petersen, who is an assessor in Maricopa County and an attorney that practices law in Arizona, Utah and Arkansas, reportedly “devised a scheme to defraud and obtain money and property from unknowing adoptive parents and others.”

According to the Department of Justice, Petersen would pay pregnant Marsallese women to travel to Arkansas and put their babies up for adoption. He allegedly bought airline tickets and had them hide the motive to travel from Republic of Marshall Islands and United States authorities.

“In furtherance of this scheme, Petersen caused adoption case files to be opened that were supported by documents containing fraudulent material false statements,” the DOJ press release stated.

Those documents were then filed in Washington and Polk counties.

Authorities say Petersen reportedly hid his involvement in the payments, transferring “more than one million dollars into a bank account.”

Here is a video summary:

Today the plot thickens as questions of possible involvement by Jeff Flake and the late John McCain are surfacing.

Petersen’s reference in 2013 to being invited on a Marshall Island trip WITH Flake is something that promises to peak the interest of state and federal investigators.

“Any investigator worth their salt would want to know what else Jeff Flake was doing on these trips to the Marshall Islands,” said Thomas Paine of True Pundit who worked for many federal agencies investigating fraud and corruption. “I would want to interview Flake just to get a feel for his relationship with Petersen and information on these trips.

“Is this merely a strange coincidence? You rule out coincidences as part of a proper investigation but the emphasis here is in on the word proper.”

Petersen has bragged that his Mesa-based family has roots in Arizona for generations. Flake too hails from Mesa.

Federal law enforcement sources said they do not believe Flake has been interviewed about Petersen. However, additional photos that have surfaced showing Petersen with politicians like Flake and the late John McCain should likewise intrigue ethical investigators.

What was Petersen’s relationship with McCain? Petersen is mentioned in a news piece detailing McCain using his influence to secure $15 million in federal funds linked to a land purchase in Maricopa County to benefit a large political mega donor who piped almost $225,000 into McCain’s coffers.

Are there more questionable land deals to be probed?

The indictment against Petersen, for the most part, said he began bringing pregnant women into the United States from the Marshall Islands in 2014. Petersen and his solo-practitioning law firm charged as much as $40,000 per adoption, placing the newborns with American parents — in many cases — against the will of their foreign birth mothers. At the same time Petersen was rubbing elbows with high profile politicians as an elected official himself and drawing a public salary.

First off, let’s call this what it is.

This is very likely a situation where at least some of these children were NOT given to loving parents, but to those who would traffic them for profit.

Or were they just a couple of Arizona politicians who happened to cross paths with a lowly assessor from Maricopa County?

How often does your county assessor rub shoulders with U.S. Senators?

Honestly, I’m not even sure who my county assessor is and I’m sure I’m not the only one in America that would say that.

I’m not a big believer in coincidences.

Let’s not forget that an alleged Epstein victim recently came out to say she was trafficked to the late John McCain.

Jeff Flake sure was in a hurry to move out of the Public eye.