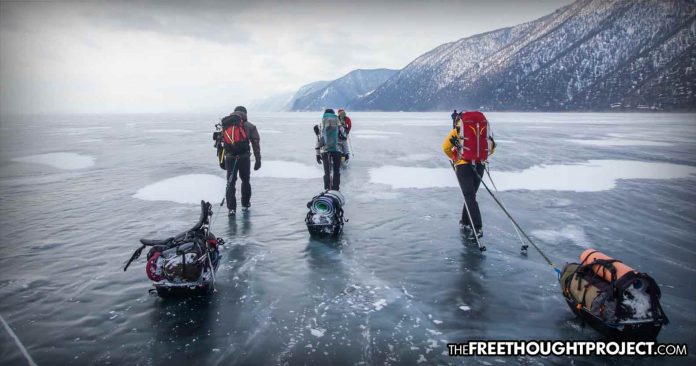 The importance of maintaining an open mind in regards to possible conspiracies or corruption cannot be overstated. Through questioning everything, we can begin to understand some things and through this understanding of some things, we find truths. Some folks, however, take the questioning everything argument a bit further and buy into unscientific and utterly ridiculous theories. One of these theories is that the earth is not round like the myriad of photos taken from space show, but actually flat.

The doubting Thomases simply do not believe Earth is round, despite NASA astronauts testifying to the contrary, who’ve had the privilege of a celestial birds eye view. Flat-earthers believe the government is hiding the truth about the earth being flat. According to the theories, the images from space are doctored ones, and the earth is nothing more than a flat-shaped space ship of sorts.

Tyson refuses to debate flat-earthers preferring to ask them to provide their “best” piece of evidence for their argument, as well as admitting, “what would it take to show that you’re wrong?” Despite overwhelming evidence to support a round earth, the astrophysicist says flat-Earthers are usually unshaken, albeit mistaken.

Despite the mountains of evidence — including video and imagery — proving that the earth is round, the flat earth movement has continued to grow.

The founder of the recent Flat Earth International Conference in Denver, Robbie Davidson explained his view of the earth and how it works.

“When we look at Antarctica if you take a globe and you squish it down, the Antarctic would go all the way around the Earth. It’s kind of like an ice shore and it’s very, very large. It’s not like you just go there, and you can just peek over it. We don’t believe anything can fall off the edge, because a big portion of the flat earth community believes that we’re in a dome, like a snow globe. So the sun, moon, and stars are all inside. It’s very high but all contained inside. So there’s no way to actually fall off of the earth.”

While this does sound utterly ridiculous, it can be proven rather easily by simply taking a trip to this so-called edge. This is exactly what’s about to happen now that the movement has continued to grow and attracted the interests of those who can afford to finance such endeavors — or who at least see the potential for profit in creating such entertainment.

As Forbes recently pointed out, according to flat-earther Jay Decasby, who is in development for a reality television series about the subject, “All we have to do to shut this debate down once and for all is get the distance of the coast of Antarctica. It had been done by early sailors (before the UN was established and set up its Antarctic Treaty which essentially made it illegal for independent and private exploration of Antarctica) who managed to make 60k+ miles, which irrefutably proves the flat earth model, but like all the other mountains of evidence for flat earth this is not enough for ballers today. If we can get to the coast of Antarctica and sail all the way around it, we will get the distance that will prove it’s the outer edges of flat earth and refute entirely every single argument anyone can possibly try to pitch for the sun-worshipping cult of heliocentrism.”

He continues, “They’ve made laws to not allow any kind of motorized equipment on the ice which would help us prove not only flat earth but what’s beyond the ice wall, but in reality, we don’t even need to get onto the ice to prove flat earth. The coast of Antarctica on the ball earth is no more than 14.5k miles. On a flat earth, it would be over 60k…we have evidence of 60k+ and none of 14.5.”

While this new TV series certainly seems like it will be entertaining, just last year, Colin O’Brady actually took this trip across Antarctica. On Dec. 26, 2018, O’Brady became the first person in history to cross Antarctica solo, unsupported and unaided. A 932-mile expedition in 54 days. Predictably, however, the flat earth crowd doesn’t believe it.