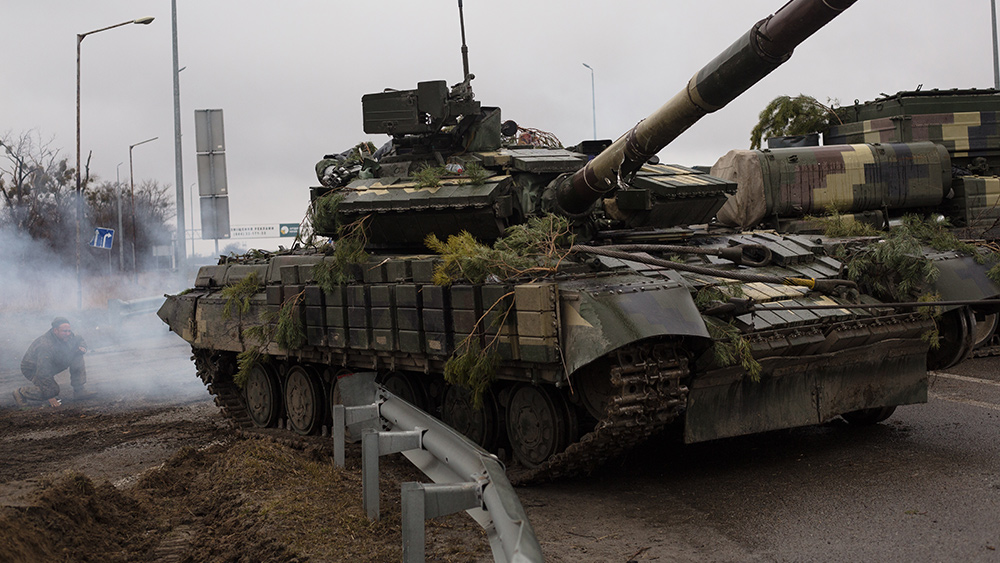 (Natural News) Russia’s invasion of Ukraine is not just a humanitarian disaster in the making for the latter, but the conflict is having a global impact since both countries are major exporters of food commodities.

Both countries are major producers of food — wheat, grain, corn, meat and fertilizer, as well as other commodities — and since the war began, it is putting even more inflationary pressure on the worst surge in food prices since the Great Depression. As reported by The Washington Post, since the invasion, several countries have moved to block exports of food including Hungary and Indonesia, among others — as well as Ukraine, which is attempting to ensure that it has enough for its own people.

Globally, prices of food were already rising fast — inflation in the U.S. in February alone was 7.9 percent, thanks to the hapless Biden regime being unable to address a continuing supply-chain disruption while flooding the economy with trillions of dollars.

But since the invasion the prices of some commodities, especially wheat, which is a basic source of sustenance for many nations, have skyrocketed, “upending calculations of the worlds’ available food supply and leading to the rationing of flour in parts of the Middle East,” the Post noted.

In sum, Russia and Ukraine produce about 30 percent of the global wheat supply, 17 percent of corn and more than half of sunflower seed oil exports. After the fighting started, bottlenecks formed at ports along the Black Sea, with some cargo ships having been struck with Russian rockets. In addition, complications from the war have also crimped Ukrainian exports, though in recent days, government officials have ordered a moratorium on food exports to ensure Ukrainian citizens have enough.

“Boycotts of Russian ports by shipping companies and the knock-on effects of sanctions have also disrupted the flow of foods and feeds from Russia — creating problems that could grow as the Kremlin now threatens to impose export controls on some food commodities,” the Post reported.

“As bad as it is — a key wheat future surged 70 percent over the past month — the situation is poised to get worse. A new report by the Food and Agriculture Organization of the United Nations (FAO) due out Friday estimates food and feed prices could surge 7 percent to 22 percent above already elevated levels due to the war,” the paper added.

With prices adjusted for inflation, the cost of food commodities is nearly, but not yet passing, the worldwide food crisis during the 2007-08 collapse, as droughts, the rise in biofuels and a tidal wave of trade protectionism combined to produce the worst food inflation since the Soviet Union’s grain crisis during the 1970s.

There is some good news, but not much.

In the short term, countries that produce a large amount of wheat and grains — Australia, Argentina, India and the United States — will be able to make up some of the Russia-Ukraine shortfalls. However, the bad news is, nation-hoarding of such commodities, or a return to trade protectionism, has already begun in many countries:

Since the Russian invasion, Indonesia has set new limits on palm oil exports to control prices. Hungary banned all grain exports last week; Serbia on Wednesday said it would ban exports of wheat, corn, flour and cooking oil. On Thursday, Egypt — a country 80 percent reliant on Russian and Ukrainian wheat — imposed controls on grain exports as the price of subsidized bread has already started to creep up.

In Ukraine, meanwhile, tractors that would normally be engaged in agricultural activities have been commandeered by the government and pushed into war duty — to haul off destroyed Russian tanks and vehicles, for instance, leaving them unavailable for harvesting crops. As such, Kyiv has implemented export restrictions of meat, rye, oats, buckwheat, sugar, millet and salt, while some curbs on wheat and corn (which earn the government revenue) have also been implemented.

The war in Ukraine may be regional in nature, but it is already having negative global implications on food security. And it’s going to get worse. See FoodRationing.news for more coverage of food rationing and riots as they emerge.