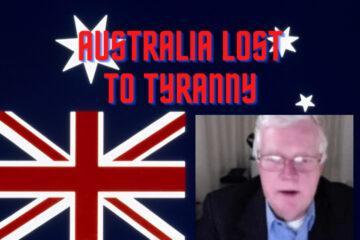 What is happening around the globe in response to the planned scam-demic has ceased to be surprising because the actions are following a carefully crafted process outlined in the playbook for globalistic communism, totalitarian control of people and genocide that ultimately occurs during such regime establishments. While it is shocking that children are now being targeted, especially in Australia, where 24,000 children will be herded into a stadium without the protection of their parents and forced to take the experimental injection sans parental consent, it is part and parcel of the playbook in order to reduce the population to a manageable number pre-established by those who are guiding this agenda (three children have now died from being injected). If you do not know who is implementing that playbook and agenda, you should look to the World Economic Forum (WEF) and Klaus Schwab, the World Health Organization (WHO) and Bill Gates, the global banking cartel, the International Monetary Fund (IMF), as well as other key money figures. While there has not been a link established to confirm this statement, these players are the answers to the question, “who or what could get all governments to follow the same playbook/agenda at the same time across the globe?”

In a recent broadcast of The Stew Peters Show, presented by FalconsCAFE on BitChute, Stew interviewed Australian Royal Air Force Veteran Alan Hennessey who brings the latest information on the happenings occurring “down under” that the Operation Mockingbird media hides from the rest of the world.

At the very beginning of the broadcast, Peters shared with the audience a QR code for a protocol developed by Dr. Zeb Zelenko for those who have taken the experimental jab. This protocol supposedly protects individuals from the chimeric effects of the jab. This has not been verified or confirmed as yet.

Listen and “hear” what is being presented regarding the happenings in Australia. It will give you an idea of what is coming to the united States should we fail to stand up, engage in civil disobedience, and resist the additional tyrannical measures sure to be attempted here.

Notice who is now running much of Australia – unelected, bureaucratic health ministers. One of these parasites is so drunk on power he refuses to answer and be accountable to a Parlimentary committee, nor would this power drunk minister even allow questions nor allow a “doctor” seated next to him to respond to questions. No one has to guess the reasons why. None of what is taking place is based on any form of truth whatsoever since this entire planned scam-demic is based on lie upon lie, piled higher and deeper than the eternal expanse of Hades. There is no truth in any of these people. Because the committee would not “bow” to the health minister, he abruptly ended the tele-meeting.

What is also telling in this video is the disclosure that Hennessey postulates a theory that Australia is a “test case” – sound familiar? He likewise indicates there were possibly cities, termed “safe cities”, being used as “test cases” in Australia and in the united States as well. Knowing what is happening in New York City, Los Angeles, New Orleans, and a few others, it isn’t hard to see these cities being utilized as “test cases” to determine how other cities will respond.

The difference between Australia and the united States remains blatantly obvious – Australians have been DISARMED. Disarmament of the people is the first step in the implementation of tyranny. And, what do Americans always hear from the parasitic politicians – people do not need guns because the government can protect you. Those who are constitutionally our servants have determined to become our masters.

As Australia has targeted the children, so has the united States as well as all other nations now serving the global banking cartel. Some parents will march their children right down to wherever to get the euthanasia jab without one thought, mostly those parents who have been jabbed themselves. Other parents who received the jab will question its administration to children and possibly wait for additional information. Still, parents who are rejecting the jab for themselves will reject the jab for their children as well.

The most glaring sign of fakery is the tyranny being “forced” in place upon the injected as well as non-injected everywhere while blaming the non-injected. Yet, hundreds of thousands are crossing the southern US border daily – no testing, no jab – then, being released around the land with no restrictions. Add to this group the number of Afghans being flown into the US under the same conditions. Surely, the populace is seeing this glaring inconsistency. And, Americans should surely be able to see the blaming of the non-injected is only directed at American citizens, not those illegally crossing our borders or those the government “chooses” to bring into the country.