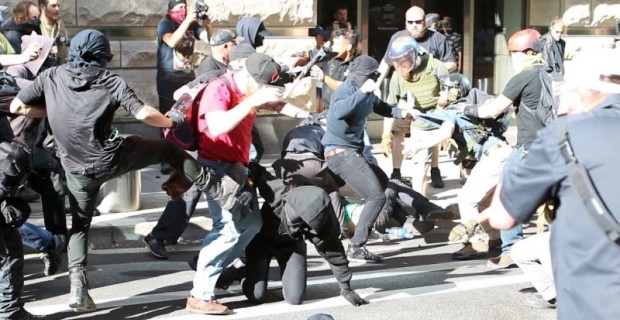 Editor’s Note: Leftists are becoming more unhinged and violent and it will only get worse. As groups like Antifa continue to go unchecked, they grow bolder by the hour. Things could get really bad in a relatively short amount of time. Stay vigilant. -Dean Garrison, Editor

Former CIA officer Kevin Shipp warns that leftist violence is going to get “very very bad” over the next two years in response to President Trump indicting the plotters who tried to remove him from office.

During an interview with USA Watchdog’s Greg Hunter, Shipp, a former manager of high risk Counter Terrorism Center protective operations with the CIA, predicted that there would be arrests of deep state figures who were involved in the scandal.

“This was a coup. It was a conspiracy. It was criminal activity. These people need to be indicted, charged and need to be put in prison, and if they’re not, then our Constitution is nothing more than a sham,” said Shipp.

He added that there was an ongoing “civil war” within the government and that, “There is a Marxist movement within the DNC that is in control right now.”

Forecasting that Trump will win re-election in 2020, the former CIA officer said that the left’s reaction would become increasingly unhinged.

Shipp urged Americans to exercise their Second Amendment rights in preparation for a violent attempt by the left to take over “our Constitution and culture.”