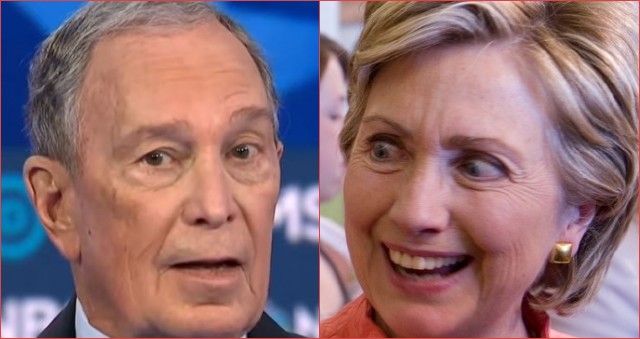 “Here’s the deal that I think is going down. I think Hillary and Bloomberg have gotten together and cooked up a scheme,” Dick Morris told John Catsimatidis on The Cats Roundtable radio show on Sunday.

Morris said he believes that Bloomberg will remain in the race, even if he sees he can’t win, to try and peel away support from Sanders ahead of the party’s nominating convention later this summer.

“Nobody will be nominated on the first ballot, and it’ll go to a second ballot,” Morris said of a brokered convention. “The problem is that the party establishment doesn’t have a candidate.

“They can’t do Bloomberg because he got killed in the debate,” Morris continued. “Can’t do [Joe] Biden because he’s already lost the front-runner status. [Pete] Buttigieg looks like a high school kid at the Model UN. [Elizabeth] Warren is third, but she’s pretty far to the Left, and they’re not going to want to trust her,” he added.

Morris said he believes that Sanders “will get massacred” by Trump, so Clinton will attempt to ease into the nomination on the second ballot.

“And then Hillary begins to gain; the other candidates begin to drop out. And Hillary is the nominee. That, I think, is the establishment scenario,” he said. “Hillary is the only candidate that they’ll be able to come up with that can measure up to Donald Trump.”

Clinton said in November that she was receiving a number of calls urging her to rethink her decision to sit out of the 2020 race but said it was “absolutely not” in her plans.

When asked earlier this month about being offered a VP slot next to Bloomberg, she left open the possibility by saying she never says “never.”