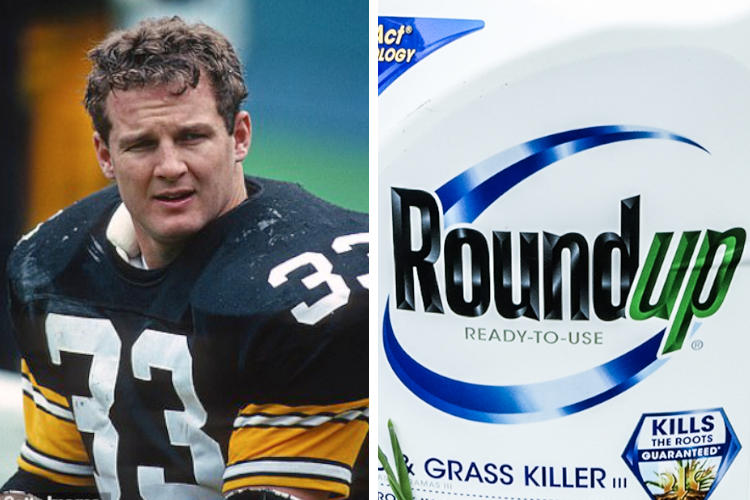 Joining over 11,200 plaintiffs alleging that Monsanto’s herbicide Round-Up caused them cancer is Merril Hoge, the former 7-year running back for the Pittsburgh Steelers.

After speaking with several doctors about the cancer he was diagnosed with in 2003, he discovered that glyphosate, the active ingredient in RoundUp, was the most likely culprit.

Hoge first came into contact with Round-Up in 1977 while working on a potato farm. He eventually retired as a football player in 1994 over injuries related to the brain, then later diagnosed with non-Hodgkin’s lymphoma. His cancer was successfully treated 5 years later, but like all cancer survivors he lives in constant fear of its return.

The chemical company Bayer, which recently bought Monsanto for $66 billion, alleges no cancer connection to their product, however, they have recently lost three court cases similar to Hoge’s, ruling in favor of the plaintiffs.

The first was between Monsanto and Dewayne Johnson, a groundskeeper in California, who successfully sued Monsanto/Bayer, being awarded $289 million dollars when the jury agreed RoundUp caused his non-Hodgkin’s lymphoma in 2014, the same type of cancer that Hoge had.

More recently, Bayer was ordered by a jury in Oakland, California to award over $2 billion to a couple alleging the same thing, that the weed killer RoundUp caused their cancers as well. According to CBS News, that amount was later lowered to just $87 million, however, if these lawsuits continue to succeed Bayer could lose an estimated $800 billion.

“At the end of the day, whether you’re in the court of law, regulatory agencies or court of public opinion, it’s the science that should matter here. And the extensive body of science over 40 years, including the most recent human epidemiology studies, shows that glyphosate-based herbicides are not associated with NHL. Customers who know these products best continue to rely on them. Bayer stands behind these products and will vigorously defend them.” – Bayer, in a statement to CBS News

Clean food advocates and environmental activists often point out that chemical companies typically only look to the studies that support their business model, while ignoring independent studies and even their own past statements which may show the contrarian view.

In 2015, the World Health Organization (WHO) declared glyphosate a ‘probable human carcinogen’ in a report for The Lancet Oncology journal. After receiving backlash from U.S. politicians with a vested interest in the chemical company, the WHO doubled down to defend their statement.

The 54-year old former football star is also skeptical about the chemical’s alleged safety. As someone who prides himself in being extremely health conscious, avoiding drugs and even alcohol, he doesn’t believe that his cancer could have arisen from anything other than the weed killer.

“…the only thing I can tell you is that talking to doctors, that’s the first thing when I was doing my work on it. They were like ‘Were you ever around pesticides or stuff with chemicals like Roundup?’ And I shared my farming story.” ~Merril Hoge

Bayer often claims that if RoundUp is used as directed, there is no possibility of cancer. Hoge says that at his time working on farms, his employers never asked him to wear protective equipment.

“Listen, I’ve been using Roundup forever. I didn’t wear gloves. We weren’t told to wear gloves or a mask.”

Hoge also shared his story of the pain he took going through chemotherapy, the main reason he decided to sue.

“You can feel it literally scream through your veins, hit every part of your body. The burns, the hair loss, the fatigue of it all.” ~Merril Hoge

However, Hoge believes that these lawsuits are about more than justice for him alone. With companies like Bayer manufacturing chemicals that could be the direct cause of rising cancer rates, future generations need us to stand up and protect them from these dangerous substances.

“I am about how we can make things better for our kids and if I know that something’s being done wrong, that is absolutely harmful to our kids and we can change it, them I’m going to try to change it.” ~Merril Hoge

This article (Former Pittsburgh Steeler Merril Hoge Next to Sue Bayer Over Cancer-Causing RoundUp) as originally created and published by Waking Times and is published here under a Creative Commons license with attribution to Phillip Schneider and WakingTimes.com. It may be re-posted freely with proper attribution, author bio, and this copyright statement.