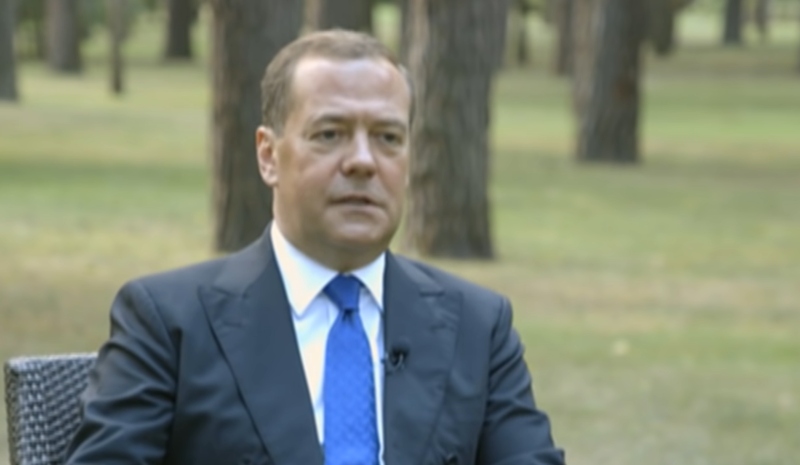 (Natural News) A former Russian leader has issued yet another dire warning as Moscow’s forces continue pounding away at Ukraine following their February invasion.

Dmitry Medvedev, who has served as Russia’s president and prime minister alternately with current President Vladimir Putin, suggested that Ukraine could eventually “disappear from the map” not long after warning about an approaching “Judgement Day.”

In addition, Medvedev blew off President Joe Biden as little more than a “strange grandfather with dementia” in a scathing post on the Telegram platform, according to the UK’s Daily Mail.

Also, the former Russia leader warned that NATO was actually “creating a real threat of world conflict and the death of a significant part of humanity” for sending lethal military aid to Ukraine as well as alliance troops to Europe’s eastern flank — countries like Lithuania and Estonia.

The refusal of Ukraine and Western powers to recognise Moscow’s ownership of the peninsula poses a ‘systemic threat’ for Russia, the former president said on Sunday, before declaring the Kremlin would hit back with maximum force if the territory is attacked.

In his latest Telegram post, Medvedev, now deputy chairman of Russia’s Security Council, today warned Russia’s invasion – and the West’s response to it – could mean ‘Ukraine would lose the remnants of state sovereignty and disappear from the world map’.

“NATO continues, contrary to logic and common sense, to approach the borders of Russia, creating a real threat of world conflict and the death of a significant part of humanity,” he said on Telegram.

He made his remarks in the context of continued military support from the West to Ukraine, including sophisticated long-range weapons like the U.S.-made HIMARS rocket systems.

“That means the geographical tasks will extend still further from the current line,” Lavrov said.

Medvedev, meanwhile, accused European Union leaders who have put sanctions on Russia, as has the U.S., of “completely losing touch with reality” while they are “forcing the unfortunate Ukrainians to sacrifice their lives to join the” EU.

He went on to warn that “ordinary Europeans will be fiercely cold in their homes this winter” after Russia decided to cut natural gas flows to the continent earlier this month in response to the sanctions. Russia, in the meantime, has inked energy deals with India and China, so Moscow is continuing to bring in revenue as the sanctions are serving to create a new multipolar energy world.

“EU countries are scrambling to refill storage facilities with the fuel used to generate electricity, power industry and heat homes in the winter,” The Daily Mail reported, describing the effect of the sanctions.

Medvedev also noted that as a result of the sanctions, the U.S. and the EU have “lost their multi-billion dollar investments in the Russian economy.”

He then turned his attention back to Biden.

“The fact that the Americans elected their president a strange grandfather with dementia, who, forgetting about his duties, loves another country much more than his own,” he said.

Russia’s invasion has killed thousands, displaced millions and flattened cities, particularly in Russian-speaking areas in the east and southeast of Ukraine. It has also raised global energy and food prices and increased fears of famine in poorer countries as Ukraine and Russia are both major grain producers.

Medvedev on Tuesday said Russia will prevail in Ukraine and will set the terms for a future peace deal with Kyiv.

“Russia will achieve all its goals. There will be peace – on our terms,” he noted on Telegram.