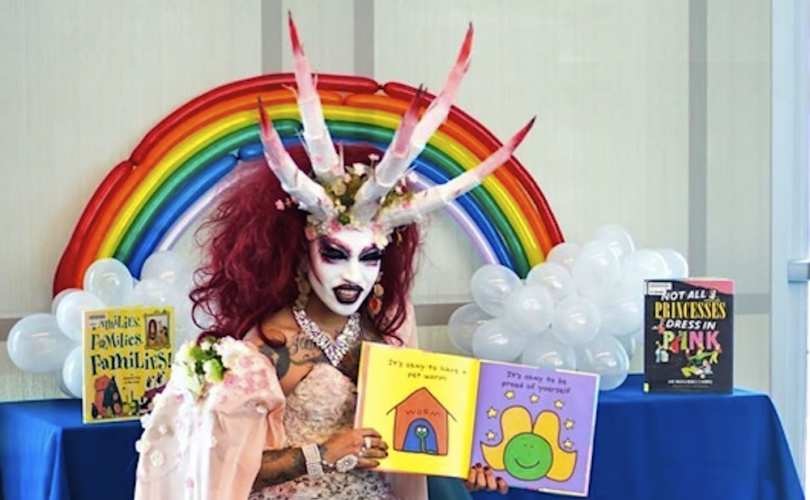 (Natural News) A biological man whose grandmother tried to raise him as a “girl” when he was a young child, which eventually led to him undergoing gender “transition” surgery that he later regretted, has a message for the world: don’t believe the lies of the LGBT mafia, which is cruelly “grooming” young children into destroying their own lives by becoming “transgenders.”

In a recent editorial he penned for The Federalist, former transgender Walt Heyer, founder of SexChangeRegret.com and Walt Heyer Ministries, reveals how he was tricked into believing that he was a female stuck inside a male body – a form of “child abuse” that led him to alter his physical attribute in an attempt to make things “right.”

Heyer eventually realized that transitioning into the opposite sex isn’t actually possible – but that was after he had already made major modifications to his body. Heyer has since reverted back to being a man, and now dedicates much of his time to helping others avoid making the same mistake – and is currently trying to help a Texas father protect his son from the boy’s deranged mother, who’s trying to convert the male child into a “female.”

Six-year-old James Younger, as we earlier reported, is right now being targeted for a sex change by his biological mother, a pediatrician named Anne Georgulas who’s planning to chemically castrate James against he and his father’s will in order to turn him into a “girl” – in much the same way that Heyer was targeted and abused by his grandmother.

“My grandmother dressed me as a girl when I was 4, 5, and 6 years old,” writes Heyer. “Like James, I was far too young to comprehend the long-term consequences of being encouraged to cross-dress at such a young age, much less fight back. In my child’s mind, it felt good to be the center of her attention. Now I call what grandma did to me ‘child abuse’ because her grooming of me as a female negatively affected my entire life.”

Be sure to read Heyer’s full editorial at TheFederalist.com.

You can also learn more about Walt Heyer Ministries, including Heyer’s personal labor of love in sharing his story of redemption at conferences, churches, and universities, as well as his efforts to individually help families like James,’ at WaltHeyer.com.

After personally interacting with James, Heyer says the boy does NOT have “gender dysphoria”

Heyer recently got the chance to meet young James, as well as James’ father and twin brother – James’ mother presumably wanted a boy and a girl, rather than two boys, which is why she’s now trying to force James to become a “girl” – the details of his encounter fully laid out in his op-ed. What he observed was that James, when not under the toxic influence of his mother, is a normal boy who likes to wear boy clothes, talk about boy things, and all-around engage in pre-pubescent masculine activities.

“As we pulled up, the front door opened, and the two young boys came flying out,” Heyer recalls about the time he went to pick up James and his brother from their mother’s house, along with James’ father – having been invited to do so by James’ father as part of a larger effort to save James from his mother.

“James was dressed as a boy, like his brother. Into the backseat they went, saying hi to their dad and to me before they started talking about Ninja Turtles and other things they had done at school. Not one smidgeon of gender dysphoria or ‘girl talk’ appeared during the drive,” Heyer added about his observations.

After arriving at their destination, Heyer recalls, the four males played with plastic swords and shields, and engaged in other “rough-and-tumble” activities like boys typically do. And at no time during this course of events did Heyer observe any feminine behaviors in young James.

“James indicated no desire to be a girl, nor did he behave like a girl or talk like a girl during the entire time. Both James and his brother happily engaged with the four Scott children and the adults. Both were talkative, demonstrated strong vocabularies, and eagerly showed off their artwork created during a previous playdate.”

For more background on James and what his mother is trying to do to him, be sure to check out this article by The New American, as well as this one by Life Site News.

Help save James from being converted into a “female” by his deranged mother by contributing to SaveJames.com

While it would seem as though, despite his mother’s best efforts to get her way in changing her son into a “daughter,” James has nothing to worry about – but nothing could be further from the truth. Georgulas has already gotten the “approval” she needs to continue socializing young James as a “girl,” and is soon planning to administer puberty-blocking drugs that could forever damage his male hormones – and consequently, ruin his life.

And while James’ father, a Christian man who reached out to Walt Heyer who’s also a Christian, is doing everything possible to stop her, the unfortunate reality is that Georgulas has a whole lot more cash and influence than he does. Because of this, James’ father Jeff has set up the SaveJames.com website, where supporters can contribute to his legal effort to stop James’ mother from destroying James’ life.

Be sure to check out SaveJames.com to learn more about the situation and how you can help.

For more related news, be sure to check out Evil.news and Gender.news.