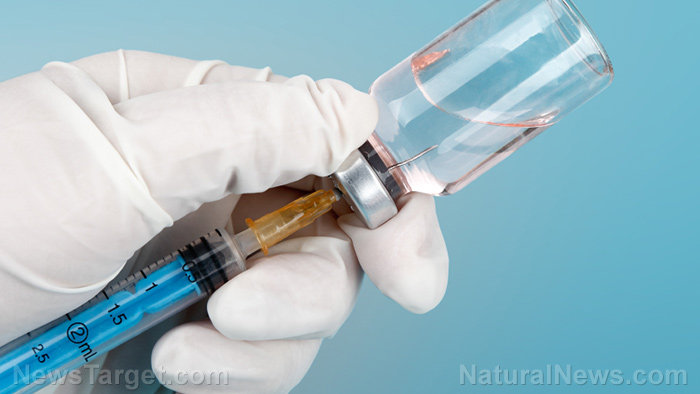 (Natural News) If you don’t have a box of tissues nearby, you might want to grab one before reading any further.

A little over two years ago, former UFC fighter Nick “The Jersey Devil” Catone suffered the loss of his precious son, Nicholas Jr., who died after being injected with the MMR vaccine for measles, mumps, and rubella.

Catone recently mourned the second anniversary of his son’s death on Facebook, explaining to his friends and followers what happened to young Nicholas as a result of going along with the government’s recommended vaccination schedule – which ultimately killed his innocent son.

On January 10, 2017, Catone brought young Nicholas in to see the family’s pediatrician for a “Well Visit,” during which the infant was given both the MMR vaccine and the Hib (Haemophilus influenzae type B) vaccine. The very next day, young Nicholas went from being a happy, smiling little boy to a clearly vaccine-damaged victim of Big Pharma corruption – and he died not long after that.

Photos shared by Catone show Nicholas in his healthy state prior to getting vaccinated, as well as post-vaccine photos in which young Nicholas appears confused, traumatized, and what Infowars.com writer Adan Salazar describes as a countenance indicative of “neurological trauma.”

Catone directed his Facebook post to young Nicholas directly, expressing sorrow and remorse over his decision to have his son vaccinated.

“Wish i knew what i know now and we were able to put it all together,” Catone wrote.

“I’m so sorry Nicholas. I just broke down going through these pictures and typing this. Makes me sick that you are gone. Still can’t believe this happened to our family. Worst possible thing in the world. It’s so hard. I’ll never stop fighting for you. I love you more than you could ever imagine Nicholas. Heartbroken forever without you. I miss you, Nicholas goodnight up in heaven.”

The very next day, Catone shared another post on Facebook that presented factual data showing that vaccines aren’t safe, and that they do cause autism. He linked to an articlewritten by Ty Bollinger from The Truth About Cancer entitled, “Vaccines and Autism: Expert Exposes DOJ Vaccine Fraud,” that delineates this point.

“My son should be here,” Catone wrote in his Facebook post, published on January 11. “Healthy 20 months olds just don’t pass away,” he added, explaining that the vaccine agenda is based on lies and deception.

In order to help other parents avoid making the same mistake he did, Catone wants the world to know that vaccines cause autism – and more importantly, that vaccines kill.

“Wake up people,” he warned. “Don’t let it happen to you. It’s disgusting what’s going on. So much corruption and lies. All they care about is money. These are our children we are talking about. Makes me sick.”

Meanwhile, Fox News is keeping busy pushing the pro-vaccine agenda. As we recently reported, the cable news network’s “Medical Correspondent,” Dr. Marc Siegel, openly stated during a segment that aired on January 28 that doctors who sign off on exemption forms for parents to opt out of “mandatory” vaccinations should be “prosecuted” for exercising their right to health freedom.

“It is one of the greatest inventions in the history of public health,” Dr. Siegel disgustingly screamed on Fox, referring to the very same MMR vaccine that killed young Nicholas Catone.

Read VaccineDeaths.com for more stories about how vaccines are unsafe and ineffective.

Apocalyptic Scenarios Unfolding All Around Us, But Most Are Still Asleep
Conservative Firing Line