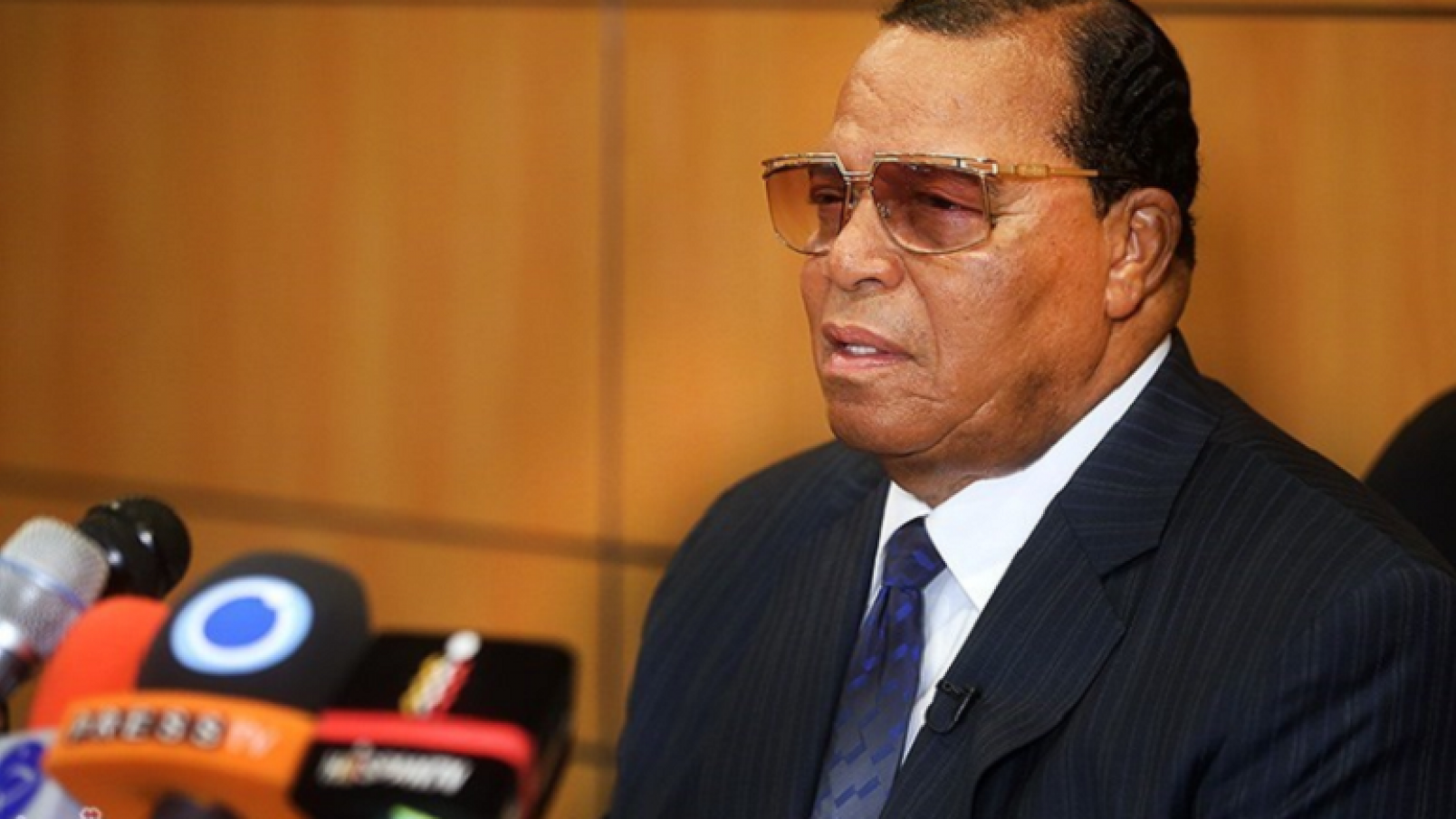 “I want to thank Minister Farrakhan for offering up a number of precepts that we ought to adhere to,” Rep. James Clyburn said, at an event featuring the anti-Semitic hate group leader.

Eight years later, to the month, Clyburn, now the House Majority Whip, defended Rep. Omar’s anti-Semitism. “There are people who tell me, ‘Well, my parents are Holocaust survivors.’ ‘My parents did this.’ It’s more personal with her,” he argued, dismissing the concerns of Jewish legislators.

Rep. Clyburn is one of the most powerful figures in the House. He’s also one of Farrakhan’s allies in the House who had once rejected a call from Rabbi Abraham Cooper of the Simon Wiesenthal Center to withdraw from an appearance with Farrakhan and declared that he was “not bothered in the least bit.”

After protests against Omar’s anti-Semitism, Clyburn stayed the course by working to ensure that the resolution would not focus on anti-Semitism and would not name Omar.

Before the House resolution, which failed to condemn Omar’s anti-Semitic remarks, Clyburn and the CBC’s newest bigot hugged.

“I am trying to do everything I can to make her journey here a comfortable one,” Clyburn said.

The defense of Rep. Omar’s anti-Semitism was led by Rep. Karen Bass: the new chair of the Congressional Black Caucus.

Last year, Tony Muhammad, Farrakhan’s Western Regional Representative, singled out Bass and Rep. Maxine Waters for their positive relationship with Farrakhan, in contrast to some other CBC members.

“I thank God for Maxine Waters and Congresswoman Karen Bass,” Muhammad said. “I think our Black politicians should stand down. Minister Farrakhan will take a call from a Maxine Waters or Karen Bass.”

Defending Rep. Omar, Bass had warned that she “absolutely would have a problem” if the resolution were to call her out for hate. “I think it’s inappropriate to just focus on one person. I absolutely do.”

Was that really true?

Back in January, Bass had demanded that Republicans take away Rep. King’s committee assignments and kick him out of the party. “If Republicans really believe these racist statements have no place in our government, then their party must offer more than shallow temporary statements of condemnation.”

She insisted, “Republicans should make clear Mr. King is no longer welcomed in their party or Congress. Anything less than these substantive actions is another tacit acceptance of racism from the Republican Party.”

But Bass resisted even a “shallow temporary” condemnation of Omar, let alone removing her from committee assignments, making it clear that anti-Semitism is accepted in the Democrat Party.

It’s actually quite the question.

The CBC has a long history of associating with Farrakhan, of hosting him and meeting with him.

When Speaker Pelosi conferenced with CBC members on the resolution, Clyburn and Bass, along with Barbara Lee and Sheila Jackson Lee, were there to negotiate with her over how to protect Omar.

Rep. Barbara Lee had repeatedly met with and praised Farrakhan. She was caught on video hugging the anti-Semitic hate group leader who called her, “my sister”.

“The Nation of Islam has always been on the forefront of leadership without embarrassment, shyness or apology,” Rep. Sheila Jackson Lee had declared while appearing at a Farrakhan event.

Farrakhan praised Jackson Lee, stating, “She knows the struggle that the Black and Brown members of Congress have to influence that process.”

Rep. Sheila Jackson Lee has since refused to condemn Farrakhan and his anti-Semitic ideas.

When Pelosi brought these four CBC members in to negotiate over the resolution, she turned over the process to four elected officials who were themselves allied with an anti-Semitic hate group.

The outcome, a toothless resolution that failed to condemn a CBC member’s anti-Semitism, was certain.

And the ultimate responsibility for that falls to Speaker Pelosi for allowing Farrakhan’s House fan club to take control of the process and turn a condemnation of anti-Semitism into a cover-up of it.

The media, which cries for Republican accountability, participated in a cover-up for its political allies.

Key CBC members involved in watering down the resolution had participated in, what was described as, an “unpublicized strategy session” with Farrakhan and the Nation of Islam.

Can you imagine if Republican members of the House had participated in a strategy session with the KKK and then worked to shut down a resolution condemning one of their own for racist comments?

That story would have been covered very differently than the story of Rep. Omar and her CBC allies.

There is one more part of the story that the media has paid very little attention to because of what it reveals about Omar, Bass, the CBC, its relationship with Islamists and Marxists, and anti-Semitism.

As the controversy burned, Omar joined Bass and another CBC member on what she described as, “the first American delegation to Eritrea in decades.”

There’s a good reason for that.

Eritrea was sanctioned until last year for supplying weapons to the al-Shabab jihadists in Somalia. Al-Shabab is an occasional Al Qaeda ally and was responsible for many brutal terrorist attacks, including the massacre of shoppers in a Nairobi mall in which the terrorists killed anyone who couldn’t name Mohammed’s mother, using that technique to single out non-Muslim targets from Muslim comrades.

One theory has been that the Nairobi mall was targeted because of the presence of Israelis.

Eritrea’s regime has also been accused of hosting an Iranian presence that supplies weapons to Hamas in Israel and to the Houthi jihadis in Yemen whose motto is, “Death to America, Death to Israel, Curse the Jews, Victory to Islam.”

Bass and Omar’s surreal visit to Eritrea, a place described as the North Korea of Africa, took place even as its totalitarian regime continued holding American embassy employees and citizens in captivity.

After arriving there, Rep. Bass claimed that she had no idea until then that a member of her own district had been detained.

Why visit Eritrea? It may be an obscure place to most Americans, but its dictator, Isaias Afwerki, was the leader of the Eritrean People’s Liberation Front, a Marxist armed group popular with black nationalists. When the EPLF took over, Israel had evacuated Ethiopians living in the area who identify as Jewish.

A short time after 9/11, media reports claimed that there was only one Jewish family left in Eritrea.

The troubling issue of Bass and Omar’s visit to a country that no longer has a Jewish population during a scandal about anti-Semitism was widely overlooked.

The problem of Rep. Omar’s anti-Semitism and the CBC’s defense of it is rooted in a larger dynamic of Marxism and Islamism, of black nationalism and terrorism, that has larger implications not just for the Jews, but for Christians, and for Americans, Africans and people around the world.

Anti-Semitism has been called the canary in the coal mine. Its presence reveals a breath of bad air, a totalitarian illness that threatens not only a small minority group of millions, but billions worldwide.