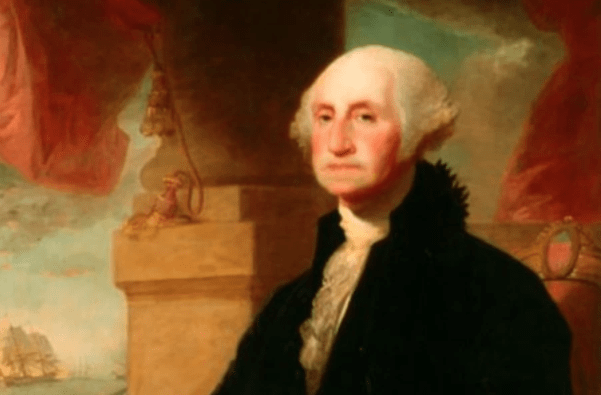 I’ve provided the quotes of founding fathers George Washington and John Adams regarding a two party system as being a “great evil” and subsequent path to destroying the country we know as the united States of America. Over the past couple of decades, we have seen a deep divide in the US due to this very system. However, once again, another author is reminding us of the very same wisdom from more than two hundred years ago.

2020 was a dystopian nightmare from George Washington’s perspective. He was once “first in war, first in peace, and first in the minds of his countrymen,” as Henry “Light Horse Harry” Lee eulogized him.

But now statues of him have been toppled, damaged and defaced.

Our first president, who paid careful attention to setting precedents that might allow America to not only survive but to “live long and prosper,” would find such acts nearly a mirror image of his hopes for what could make our experiment in liberty last. How do we know? Just look at his emphatic warnings in his 1796 Farewell Address to do everything possible to avoid the violence of faction—a stark contrast to the violence of faction played out on our city streets in 2020. And, unfortunately, 2021 appears to be doubling down on the nightmares suffered by the man for whom our Capitol is named.

In that famous address, Washington offered “sentiments which are the result of much reflection, of no inconsiderable observation, and which appear to me all-important to the permanency of your felicity as a people.” In particular, he insisted that we keep “indignantly frowning upon the first dawning of every attempt to alienate any portion of our country from the rest.”

There seem to be few words more worth our reflection today.

Politicians and partisans seem to have forgotten George Washington’s warning of how strongly factions undermine “the benign influence of good laws under a free government,” to the point where the country faces threats capable of steamrolling that possibility. But we would benefit from recourse to the higher standard he called us to.

“It will be worthy of a free, enlightened, and at no distant period, a great nation, to give to mankind the magnanimous and too novel example of a people always guided by an exalted justice and benevolence,” Washington said.

And that standard is of monumental importance, because, as Washington said elsewhere, “preservation of the sacred fire of liberty and the destiny of the republican model of government are justly considered, perhaps, as deeply, as finally staked on the experiment entrusted to the hands of the American People.”

Many have abandoned even the pretense of following Washington’s guidance. Many have embraced the fatal disunity of factions, putting liberty in extreme peril. And Joe Biden’s Inaugural Address theme of unity, backed by personnel, policies and proposals that have more in common with war against those who challenge those newly ascendant in power, or just irritate them, than unification, only adds an exclamation point to that fact.

Instead of overlooking his insights in pursuit of factional advantages to force others to do our will rather than their own, we need to find a way to make Washington’s assertion over two centuries ago—that “Interwoven as is the love of liberty with every ligament of your hearts, no recommendation of mine is necessary to fortify or confirm the attachment”—true again today.

Before full-blown Communism can take over, they must destroy our history, divide us and ultimately bankrupt us. For a complete explanation of this, listen to my interview with G. Edward Griffin on the subject.

G. Edward Griffin: The Communist Revolution I Warned About 50 Years Ago Is Taking Place Today

We still have the freedom to stop what is coming, but it’s going to take resolve and getting out of the two-party mindset.