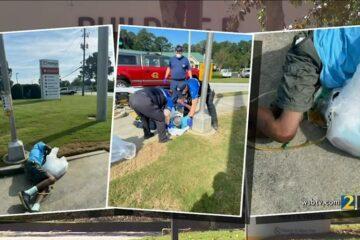 It’s been quite some time since addressing readers due to the caring of a family member who is extremely ill. No, it’s not from the CONvid-1984, but an infection and heart condition. That being said, keeping up with current events has been a challenge, but somehow, is accomplished.

Recently, a new term was discovered – “compassion fatigue”. Now, the term has been around for many years and associated with those who care for individuals who have suffered emotional pain. Simply put, compassion fatigue is “the emotional and physical distress caused by treating and helping patients that are deeply in need, which can desensitize healthcare professionals causing them a lack of empathy for future patients.” In all the years practicing as a registered professional nurse, never has a case of “compassion fatigue” been seen in co-workers, even those working with the terminally ill, oncology patients, intensive care units, or in emergency services.

But now, the term is being applied to health care workers having “difficulty” sympathizing/empathizing with individuals who, in their words, “refuse to protect themselves” against the supposed illness causing this supposed pandemic through taking the injection misnomered as a vaccine. As you will see, this “compassion fatigue” is an umbrella to engage in mistreatment of human beings in a humane way and normalize cruelty.

Case in point. Just a few days ago, Piedmont Rockdale Hospital, part of the Piedmont Health Care conglomerate in Atlanta, GA, dumped a 68-year-old man, who still needed hospital care, on the sidewalk in front of the hospital. Mark Winne of WSB-TV Channel 2 in Atlanta has the story. Watch the video at the source.

Police want answers after a local hospital discharged a sick man and left him alone on the sidewalk.

Channel 2′s Mark Winne was in Conyers Friday, where someone called 911 after finding the man collapsed on Milstead Avenue in Conyers, just steps from the hospital.

The man, who is not being identified, still had medical tubes coming out of his body.

“Common sense dictates that you do not treat human beings the way that we’re seeing in this particular case,” Freeman said.

The 911 caller reported that it looked like the man had just come from the hospital and that he was not responsive.

“Poor guy. But he probably needs an ambulance and not…” the 911 caller says. “It’s right in front of the Piedmont Rockdale Emergency entrance.”

Freeman said the 68-year-old man was discharged from the hospital Thursday. A hospital employee told officers that the man had been at the hospital for 35 days and that Medicare would not continue to pay for his treatment.

The employee said that security dressed the man and walked him out.

Freeman said an officer was told the man was cleared as “fit to leave” by two doctors and the hospital wanted him gone.

Freeman said that when emergency responders arrived, the man had a fever, signs of sepsis, a urinary tract infection and an elevated heart rate.

“(He was) literally ejected out to the sidewalk with no help whatsoever,” Freeman said. “I think it’s inhumane. He was clearly incoherent. That’s just not how we treat people here in this city or this country.”

The man was loaded into an ambulance and taken straight back to the emergency room.

Piedmont Healthcare said that unfortunately, hospitals find themselves caring for people who can’t get into the kind of facilities that bridge the gap between the hospital and home.

The hospital released a statement, saying:

“At Piedmont, our purpose is to make a positive difference in every life we touch. We can only provide the best care with the cooperation and consent of the patient. We do our best to connect patients in need with community partners and social service organizations to provide appropriate after-hospital care, but ultimately accepting these services is at the discretion of the patient.”

Winne reached to Medicare, which said it was preparing a statement. He also visited an address listed for the patient, but no one was home.

Newsweek picked up the story and revealed an interesting caveat.

He [Freeman] said that hospital security had asked the police to stand by when they removed the patient. Conyers police did not respond, said the deputy chief, because “that is not a police function to remove patients from a hospital.” They later received a call about the man on the sidewalk from a passerby, according to the Rockdale Citizen.

“Apparently his Medicare would not pay for additional treatment and they made the decision that they were going to remove him from the hospital. There was no indication that he was giving them any problem, being violent, hostile, or belligerent in anyway,” Freeman said, according to CBS 46.

According to CBS 46, Firefighters and EMS that responded to the scene told Officer Freeman the individual had a fever, possible sepsis, a urinary tract infection, and tachycardia. Their assessment indicated the man needed to be in an emergency room. EMS returned the man to the same hospital’s emergency room that escorted him out.

Newsone reported the hospital locked its Twitter account on Saturday afternoon in what is described as a “bad PR move”. “A non-profit health system with 11 hospitals and over 500 offices across the state, the hospital decided it was better to protect its tweets instead of providing an honest response to the egregious display by one of its hospitals.”

This is not the first time this hospital has been involved in controversy. In fact, in the 90s, CEO Archer Rose was the focal point of impropriety at the hospital, known then as Rockdale Medical Center. Good luck finding anything on the internet about this fiasco. To know about it now, you had to be employed there. Rose was caught using hospital staff to do yard work at his personal home, wash his car, do other errands, as well as other tasks. While this was occurring, staff at the hospital would be “called off” due to financial constraints. Moreover, employees were having benefits and hours slashed. Interestingly, in 2008, Governor of Georgia, Sonny Perdue, named this criminal to the Department of Community Health, the regulatory body who now has control of health care entities, including hospitals. And, this regulatory agency also has a track record of impropriety.

Fast forward to a few years ago when Piedmont Rockdale engaged in this same behavior of “pushing” out a patient that happened to be a family member, not once but twice. In both instances, the “hospitalists” neglected to continue this family member’s respiratory protocol to prevent pneumonia resulting in hospital acquired pneumonia. Yet, once the hospital “managed” the reason for admission, staff from primary care nurses, charge nurses, unit managers, hospitalists, “case managers” and administrative nursing staff “pushed” for the family to take the individual home while still needing hospital care and having pneumonia. The second time it occurred, a case manager instructed a hospitalist to write the discharge order, which he did. The result was a family member was discharged needing care only to be admitted 10 days later into the same system where the individual was fluid volume overloaded because of “protocols” developed by the hospital resulting in death 5 days later.

Three letters to the head of the Piedmont Health Care System were written about these incidences, as well as a break down in certain care provided at two of their facilities. No response was ever received. Likewise, all news stations in the Atlanta area were contacted about these travesties but none responded, even with documented proof of falsification of a death certificate. It was shoved under the rug. Could attention to the issues then prevented the treatment of this most recent victim of the Piedmont Health Care System? One will never know.

What we can glean from all of this is – this is the result of the federalized health care insurance system, Obamacare, and artificial intelligence protocols developed by hospitals to maximize their payments through insurance programs at the expense of medical care to the patients. And, we are seeing the use of “compassion fatigue” to justify cruel individuals providing medical care to those most in need. This didn’t just start with the CONvid-1984; however, it is becoming common practice in the industry. Those who are complicit are guilty of crimes. Justice should be served upon them.

There is a lot more to this story – too much to cover in this article. But, entering the hospital for any reason exposes individuals and their family members to a potential “hostile” medical work force, especially here in Georgia under the Piedmont Health Care System. You have been warned – buyer beware.