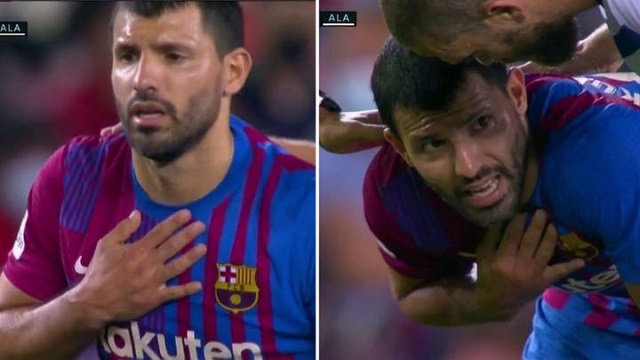 What could possibly be causing “an unusually large” number of professional and amateur soccer players to collapse on the field with heart problems?

The Berliner Zeitung doesn’t have a clue.

From The Berliner Zeitung (as translated by Google):

An unusually large number of professional and amateur soccer players have collapsed recently.

Berlin – The professional player Sergio Agüero from FC Barcelona will be out for at least three months. The 33-year-old was substituted for the game against Deportivo Alavés with breathing problems. He was holding his chest and was admitted to a hospital. He is now being treated by a cardiologist for heart problems. At the European Championship, the player Christian Eriksen collapsed in front of the cameras. Diagnosis: cardiac arrest. Eriksen survived. The two professionals are just two examples of many footballers who struggle with heart problems, some of which are life-threatening. 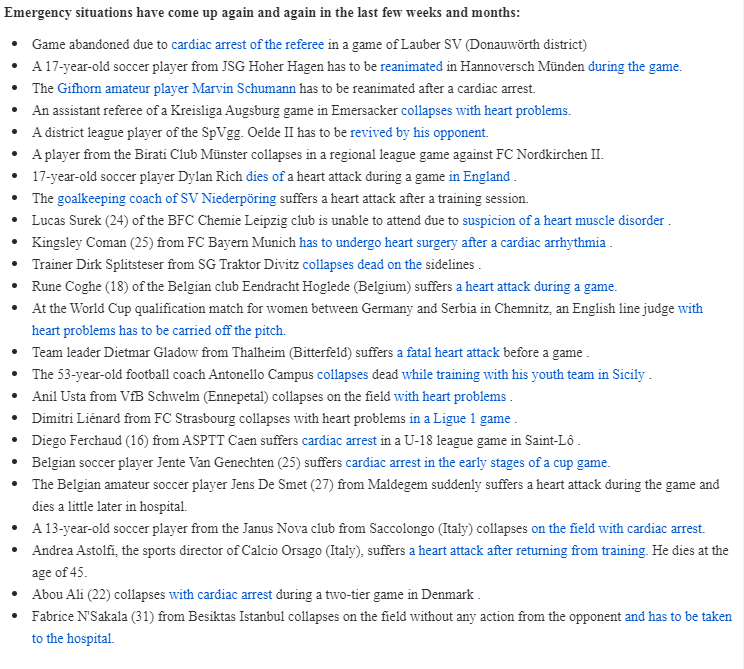 The German Heart Foundation says: “Depending on the study, there are between 0.7 and 3.0 deaths per year for every 100,000 people involved in sports.” According to the experts, men are more often affected than women: “According to data from the German registry on sudden cardiac death Sport (Sudden Cardiac Death Register, SCD Germany), 96% of the athletes affected are men ”, according to the foundation. As for the causes, it is said that sudden cardiac death during exercise has “different triggers”.

Causes differ depending on the age of those affected

The causes differ depending on the age of the person affected. “In people under the age of 35, diseases of the heart muscle, the heart valves, the main artery (aorta) and the coronary arteries are possible triggers. Changes in the genetic material can, for example, lead to thickening of the muscles in the left ventricle (hypertrophic cardiomyopathy). Diseases, especially those affecting the right ventricle (arrhythmogenic (right ventricular) cardiomyopathy) can also be the cause of sudden cardiac death, ”says the Heart Foundation.

In people over 35, however, at around 80 percent, “coronary artery disease is the most common cause of sudden cardiac death. Coronary arteries are narrowing more and more due to deposits (plaques) of cholesterol, connective tissue and calcium. If these plaques tear, blood clots sometimes develop and the blood vessel is completely closed. ”The result is a heart attack, which“ can be associated with life-threatening cardiac arrhythmias ”.

Irrespective of age, heart muscle inflammation (myocarditis) is another risk factor. “It can already occur in the course of banal virus infections, even without causing symptoms,” says the German Heart Foundation. And further: “These inflammatory changes can lead to life-threatening cardiac arrhythmias.”

The obvious suspect is not even mentioned once in the entire article.

Just like the surge in hospital patients in America, Australia and Sweden who are “sicker than ever” but do not have covid — this is just one of life’s eternal mysteries!