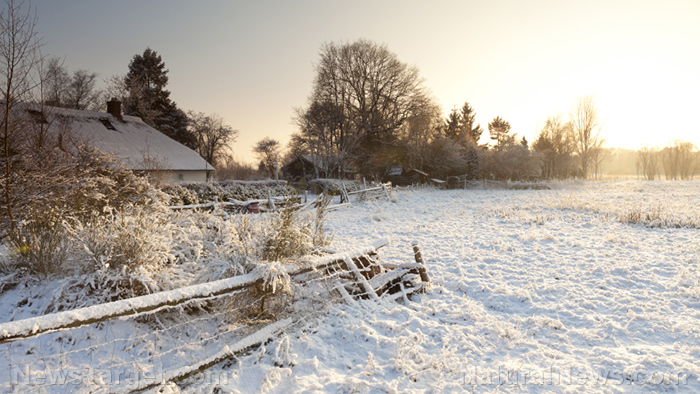 (Natural News) The German government is gearing up for widespread civil unrest this winter once the lights go out.

According to reports, one of the top search queries on Google in Germany right now is for “firewood” as residents panic at the thought of there being no more Russian gas coming through the pipeline to heat their homes and businesses in just a few short months.

After earlier urging citizens not to panic about the situation, the German government is now pivoting to warnings about extreme energy rationing measures that will need to be taken in order to prevent the country from a total collapse.

Economy Ministry and Vice Chancellor Robert Habeck just announced that public buildings across Germany will be prohibited from heating their buildings this winter any higher than 19 degrees Celsius, or 66.2 degrees Fahrenheit.

Habeck has also stated that residents throughout Germany will need to lower the heat in their homes as well, and avoid visiting saunas or taking too many showers. Habeck also told Suddeutsche Zeitung, one of the country’s largest newspapers, that there will also be a ban on heating private pools.

Will Germany survive into 2023?

As part of the Energy Security Act, Germany will also be turning off the lights in government buildings and around monuments at night. Illuminated advertising will also be severely limited along with “more savings … needed in the work environment.”

Germany will basically be forced back into the Stone Age because of its refusal to play ball with Russia, which would continue providing natural gas if Germany would agree to pay for it in rubles.

Germany refuses to do this, citing Russia’s invasion of Ukraine as the excuse to plunge the country into frigid barrenness this winter.

“If we don’t save a lot and get extra fuel, we will have a problem,” Mueller told Welt am Sonntag in an interview.

Stephan Kramer, head of Germany’s domestic intelligence service, says he believes that “legitimate” protests – whatever that means – could get “hijacked by extremists” who actually demand that real changes be made to stop this unfolding disaster.

Germany is now on the verge of starving itself out because of its hatred for Vladimir Putin. And not all Germans are okay with this, which is what worries people like Kramer.

Protests over “gas shortages, energy problems, supply difficulties, possible recession, unemployment, but also the growing poverty right up to the middle class,” he says, coupled with the possibility that “extremists” and “lateral thinkers” enter the fray, could be the straw that breaks the camel’s back.

“We’re likely to be confronted with mass protests and riots,” he added. “We’re dealing with a highly emotionalized, aggressive, future-pessimistic mood in society, whose trust in the state, its institutions and political actors is fraught with massive doubts.”

“This highly emotional and explosive mood could easily escalate,” he went on to state, adding that the protests seen during the Wuhan coronavirus (Covid-19) plandemic will “probably feel more like a children’s birthday party” compared to what is coming.

“Think carefully about which protests and demonstrations you join,” Kramer further threatened. “Or better stay away from them altogether so as not to support the enemies of democracy.”

The World Economic Forum (WEF) clearly wants Germans to freeze to death this winter and be happy about it – or else.

“It’s a controlled demolition of civilization and not even 1 in 100 people see it,” wrote a commenter about the situation.

As the West falls apart in real time, we will keep you informed about the latest at Collapse.news.