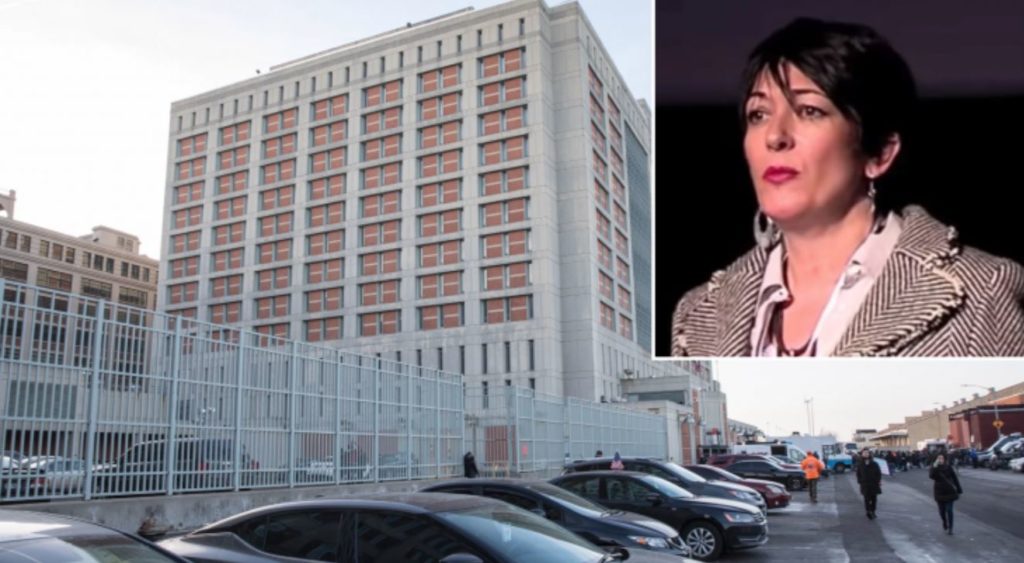 Former Jeffrey Epstein associate Ghislaine Maxwell is said to have evidence that shows powerful world leaders being involved in crimes against children, and concerns are growing that her life could be in danger.

At the Metropolitan Detention Center (MDC) in Brooklyn, New York, where Maxwell arrived last Monday, the staff has taken extreme measures to prevent an assassination or suicide from happening on their watch.

At first, Maxwell’s clothes were taken away, and she was forced to wear paper gowns as a precaution, so she didn’t have any materials that she could use to hang herself with.

She was later allowed to wear normal prison clothes and is now no longer considered a suicide risk, but authorities are still concerned about her safety. She is being moved from cell to cell in an attempt to prevent potential assassins from knowing where she is.

There are also concerns that a coronavirus outbreak at the prison could take her life.

“Conditions are terrible at the jail and there’s an outbreak of Covid which could kill her. It’s impossible for her to talk to her lawyers or family in a timely way. How can she prepare a defence when the lawyers can’t even get hold of her?” the source said.

As The Mind Unleashed previously reported, Maxwell is in COVID isolation and hoping to be released on bail because of the virus. However, it is doubtful that isolation from a virus of this nature is possible at a facility like this, especially with her being moved from cell to cell so frequently.

Maxwell and Epstein had many powerful friends, but once Epstein was arrested, those friends likely began to see the pair as a liability. A former jewel thief that had a business relationship with Epstein and a sexual relationship with Maxwell claims that they made him watch videos where he saw at least two prominent US politicians sexually assaulting underage girls.

Earlier this week, a lawyer for Epstein victims said that Prince Andrew is on the secret stash of recordings that Maxwell plans to use as a bargaining tool to get a reduced prison sentence.

‘There is no doubt Prince Andrew would have been captured on footage filmed in rooms and private areas of Epstein’s property,” attorney David Boies said.

At this point, it is highly possible that any evidence that Maxwell had against her former friends is already in the hands of investigators.