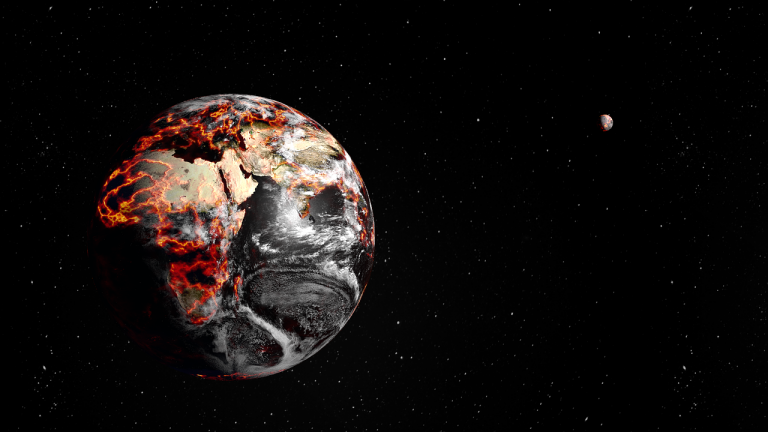 The head of the United Nations just warned that we are heading into an “unprecedented global hunger crisis”, and people are already dropping dead of starvation in Africa. For months I have been documenting the signs that severe food shortages were on the way, and now they have begun. Of course there are many reasons why we are facing such a dire situation. Weather patterns have gone completely haywire all over the planet, the COVID pandemic has played havoc with global supply chains, and the war in Ukraine is greatly restricting the flow of agricultural resources out of one of the key breadbaskets in the entire world. Unfortunately, what we have experienced so far is just the tip of the iceberg.

On Friday, UN chief Antonio Guterres publicly warned that there will be an “unprecedented global hunger crisis”…

Guterres pointed to the conflict in Ukraine as exacerbating disruptions caused by “climate change, the coronavirus pandemic and inequality” to produce an “unprecedented global hunger crisis” already affecting hundreds of millions of people.

According to Google, “unprecedented” means “never done or known before”.

In other words, Guterres is saying that what we are heading into will be unlike anything that any of us have ever seen.

“There is a real risk that multiple famines will be declared in 2022,” he said in a video message to officials from dozens of countries gathered in Berlin. “And 2023 could be even worse.”

Actually, I think that it is safe to say that 2023 will definitely be worse than 2022 based on the information that we currently have.

Of course things have already gotten really bad in some parts of the globe. In Somalia, one deeply suffering mother has already lost four of her children to starvation in 2022…

No mother should have to lose her child. Owliyo Hassan Salaad has watched four die this year. A drought in the Horn of Africa has taken them, one by one.

Now she cradles her frail and squalling 3-year-old, Ali Osman, whom she carried on a 90-kilometer (55-mile) walk from her village to Somalia’s capital, desperate not to lose him too. Sitting on the floor of a malnutrition treatment center filled with anxious mothers, she can barely speak about the small bodies buried back home in soil too dry for planting.

That is one of the saddest things that I have read in a very long time.

If reading that doesn’t make you incredibly sad, you should check to see if you still have a heart.

What is even more tragic is that countless others will soon starve to death in Somalia, and conditions have also greatly deteriorated in Ethiopia and Kenya…

More than 200,000 people in Somalia face “catastrophic hunger and starvation, a drastic increase from the 81,000 forecast in April,” a joint statement by U.N. agencies said Monday, noting that a humanitarian response plan for this year is just 18% funded.

Somalia isn’t alone. In Ethiopia’s drought-affected regions, the number of children treated for the most severe malnutrition — “a tip of the crisis” — jumped 27% in the first quarter of this year compared to last year, according to UNICEF. The increase was 71% in Kenya, where Doctors Without Borders reported at least 11 deaths in a single county’s malnutrition treatment program earlier this year.

I have always warned that it would be the poorest parts of the globe that would be hit the hardest.

But as the food shortages intensify, western nations will feel the pain as well.

The biggest problem is all the food that is not going to be grown this year. Many fertilizer prices have approximately tripled from a year ago, and that is going to dramatically impact agricultural production all over the planet…

Over the coming months, a major challenge will be access to fertilizers which may impact food production across many crops in different regions. Fertilizer prices surged in March, up nearly 20% since January 2022 and almost three times higher compared to a year ago. Russia and Belarus are major fertilizer exporters, accounting for 38% of potassic fertilizers, 17% of compound fertilizers, and 15% of nitrogenous fertilizers.

Here in the United States, many farmers have gone ahead with normal planting despite the high fertilizer prices, but now extreme drought is ruining crops all over the western half of the nation.

For example, just check out what is happening in Kansas. The following comes from NPR…

ELIZABETH REMBERT, BYLINE: Usually, Kansas is known for its fields of waist-high golden wheat. But this year, the blistering conditions have withered some of the crop into short, patchy straw. Standing in one of his fields in northwest Kansas, Chris Tanner wonders if it’ll even make it through harvest.

CHRIS TANNER: I mean, like, this head down here, there’s going to be nothing in it. It’ll blow out the back of the combine. You can see the seeds kind of exposed there. It’ll shatter out even before we get here.

And as I discussed last week, conditions are even worse in Colorado and Texas.

So buckle up and hold on tight, because things will soon start getting really crazy.

Before I end this article, there is one more thing that I wanted to mention. In Oregon, authorities are bracing for an “explosion” of crop-devouring insects…

The Oregon Legislature last year allocated $5 million to assess the problem and set up a Mormon cricket and grasshopper “suppression” program. An additional $1.2 million for the program was approved earlier this month.

It’s part of a larger effort by state and federal authorities in the U.S. West to deal with an explosion of grasshoppers and Mormon crickets that has hit from Montana to Nevada. But some environmental groups oppose the programs, which rely on the aerial spraying of pesticides across large swaths of land.

This is a problem that has really been growing in recent years, and one rancher that was interviewed described the outbreaks that he has experienced as “truly biblical”…

Rancher Skye Krebs said the outbreaks have been “truly biblical.”

“On the highways, once you get them killed, then the rest of them come,” he explained. Mormon crickets are cannibalistic and will feast on each other, dead or alive, if not satiated with protein.

It seems like we get more bad news about U.S. food production with each passing day.

Unfortunately, most Americans still don’t seem to grasp what is happening.

If farmers and ranchers don’t produce our food, there won’t be anything to buy at the grocery store.

We have never faced anything like what we are dealing with now, and this crisis is only going to intensify in the months ahead.