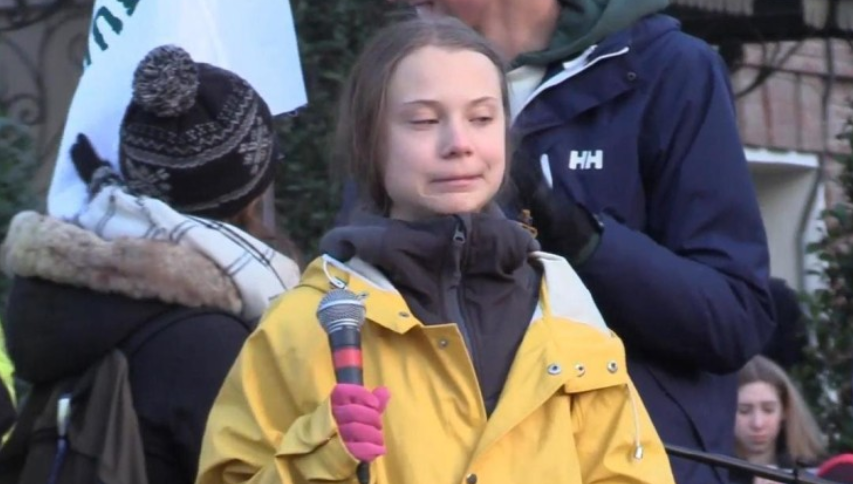 (Natural News) Climate child Greta Thunberg is the subject of a new criminal investigation after she tweeted a list of her scripted marching orders, apparently accidentally, to her 4.8 million Twitter followers.

It appears as though the 18-year-old global warming activist was trying to tweet an “organic” post in support of the farmers protest in India when she mistakenly shared a document from her handlers outlining tactics for rallying left-wing Twitter users to join the movement.

“These are just some suggested posts, but feel free to tweet your own,” read the first bullet point on the document, which Greta quickly deleted once she realized, apparently, what she had done.

“It’s helpful if you add images or videos to your tweets (some images below),” the document went on to explain. “You can also tag others who can either reshare and/or the potential tags listed above to put pressure on them as well.”

Below these instructions was a series of sample tweets with a “CLICK HERE TO TWEET” button for each one. All Greta had to do, it appears, was click on one and pretend it was her own, and voila: instant support from her drone followers.

“The list gave a series of tips on what to post, asking her to also repost and tag other celebrities tweeting about it, including pop star Rihanna,” reported the New York Post.

“As well as the Twitter storm, the ‘toolkit’ she shared also suggested highlighting planned demonstrations at Indian embassies.”

Indian authorities were quick to take notice of Greta’s egregious error, immediately launching a probe into alleged criminal conspiracy. Like many of us warned in the past, Greta appears to be nothing more than a public relations puppet who does as she is told.

We now know that Canada’s Poetic Justice Foundation was behind the leaked list. This organization claims to be a grassroots group that creates “events to provoke, challenge and disrupt systemic inequities and biases.”

A quick look at the campaign’s website reveals that it is “most actively involved in the #FarmersProtest,” having recruited Greta to be one of its digital parrots.

Not long after deleting the original tweet, Greta put up another one with a newer non-incriminating “toolkit” – nice try, Greta – along with the message, “We stand in solidarity with the #FarmersProtest in India.”

Police in Delhi also launched a formal investigation into Greta, accusing her of “creating disharmony and for being a part of a larger conspiracy.”

A preliminary formal investigation known as a First Information Report was recently filed against Greta charging her with trying to create enmity between different groups of people in India as part of a criminal conspiracy.

Bollywood actress Kangana Ranaut also condemned Greta publicly for getting involved in the Indian farmers’ revolt, which has nothing to do with her and is absolutely none of her business.

Ranaut called the protesting farmers “terrorists,” and Rihanna a “fool” for asking her 100 million Twitter followers, “Why aren’t we talking about this?!”

As it turns out, the “Why aren’t we talking about this?!” blurb came straight from the first toolkit document that Greta accidentally tweeted before quickly deleting it. The rabbit hole apparently goes very deep.

Greta, meanwhile, has doubled down on her puppet role, telling her followers that no amount “of hate, threats or violations of human rights” will ever change how she purportedly feels about the farmers protest.

More of the latest news about celebrity puppets like Greta Thunberg who parrot new world order talking points online can be found at Propaganda.news.