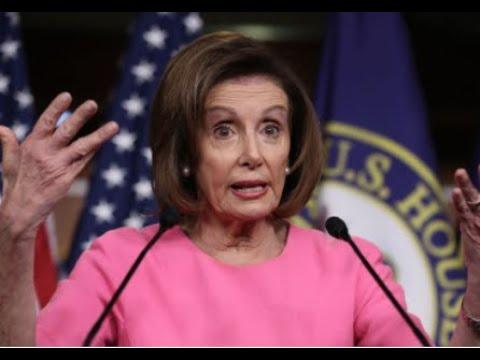 Recently one of our long-standing Institute on the Constitution students and supporters had a family member unload on her in a Facebook rant about President Trump’s executive order preventing illegal immigrants from being counted in the 2020 census. Here is just part of the rant:

…Your lawless President Trump again issued an executive order that directly contradicts the Constitution of the United States by ordering Census Bureau workers not to count everyone who is living in this Country. FYI, if you decide to listen to him you will be breaking Federal Law. That comes with a 5 year Prison Sentence and a $250,000 fine. The Constitution mandates that everyone living in the United States must be counted regardless of citizenship. The Constitution is very clear on this issue…

While I agree the Constitution is very clear on this issue, its conclusion does not support the above rant.

Part of the Order states: “Although the Constitution requires the ‘persons in each State, excluding Indians not taxed,’ to be enumerated in the census, that requirement has never been understood to include in the apportionment base every individual physically present within a State’s boundaries at the time of the census.”

, Founding Father Noah Webster defined “citizenship” as: the state of being vested with the RIGHTS AND PRIVILEGES of a citizen. (emphasis added)

He defined “citizen” as: The native of a city, or an inhabitant who enjoys the FREEDOM AND PRIVILEGES of the city in which he resides; the freeman of a city, as distinguished from a foreigner, or one NOT entitled to its franchises. In the United States, a person, native or naturalized, who has the privilege of exercising the elective franchise, or the qualifications which enable him to vote for rulers and to purchase and hold real estate. (emphasis added)

Clearly, our founders believed voting was for citizens only, not just somebody living within our borders.

House Speaker Nancy Pelosi believes: “The Constitution is clear: it requires an ‘actual Enumeration’ of the ‘whole numbers of persons’ for the population count and congressional apportionment. There is no ambiguity about its command.”

***Trending Today (links will open in new tab/window, so you can continue reading):

The actual words of the Constitution in Article I, Section 2, Clause 3, read:

Representatives and direct taxes shall be apportioned among the several states which may be included within this union, according to their respective numbers, which shall be determined by adding to the whole Number of free Persons, including those bound to Service for a Term of Years, and excluding Indians not taxed, three-fifths of all other Persons.

Senior Instructor at the Institute on the Constitution, Pastor David Whitney, explains:

The language defines three categories that must be determined by the process of taking the census.

Note the status of Native Americans; they were citizens of a foreign country though living within the boundaries of the United States and therefore not counted for representation. Slaves were in a separate category and counted differently, but after the 13th Amendment that category no longer exists. But this indicates the census must have a method of determining who fits into each of these categories.

So then what is the category into which non-citizens fall? As with Native Americans, they are part of another nation until they become a naturalized citizen of these United States.

The obvious conclusion? This executive order is completely constitutional and President Trump is fully within his Article 2 constitutional powers to issue it, for it instructs only officers under the executive branch.

Sign up for a FREE U.S. Constitution course with Jake MacAulay and the Institute on the Constitution.