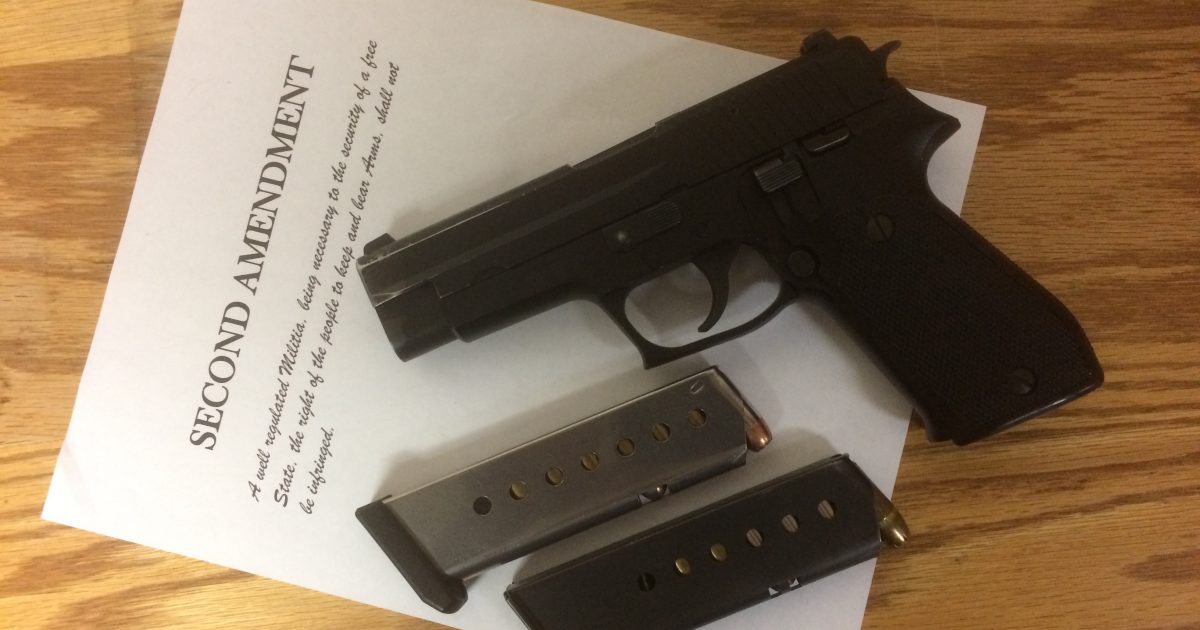 The Hill is reporting that county officials in four states have joined the so-called “gun sanctuary” effort, pushing back against restrictions “which they believe infringe on Second Amendment constitutional rights.”

As noted by Reuters, officials pushing the sanctuary idea “admitted they took the idea from Democrats who have declared their cities as immigration sanctuaries.” It is a classic case of turnabout-is-fair-play, or as some would call it, “karma.”

The Hill noted that the movement has spread in Washington, Oregon, New Mexico and Illinois. New Mexico Gov. Michelle Lujan Grisham, a Democrat, has reportedly blasted the idea via social media, but with a majority of New Mexico county sheriffs refusing to enforce what they consider unconstitutional gun control laws, she may have a tough time furthering any gun restrictions.

In Washington, about 20 sheriffs and at least five county commissions are on record opposing provisions of anti-gun Initiative 1639, passed by just under 60 percent of Evergreen State voters last fall.

Across the Columbia River in Oregon, Reuters recalled that eight counties last fall passed so-called “Second Amendment Preservation Ordinances” that give sheriffs discretion about which gun laws they enforce.

In a nutshell, there appears to be something of an insurrection in progress, and that’s not good news for Democrats who promised more gun control during the 2018 campaign season, as it suggests the “party of gun control” may finally have gone too far.

Washington Gov. Jay Inslee, who just declared his candidacy for the presidency, wasted no time taking sides on the gun issue when he declared, “We’ve taken on the NRA (in Washington state). We’ve expanded background checks, we’ve protected victims of abuse, we’ve banned bump stocks and we’re not done, let’s ban assault weapons and take weapons of war off of our streets.”

But his braggadocio could backfire as increasing numbers of gun owners around the country turn their backs on anti-gun-rights politicians.

Democrats are in charge in the four states where there is currently backlash against gun control, which may not be as surprising as it may seem to some people. The party was energetic in 2018, pushing out Republicans at all levels, and making no secret of the fact that gun control was high on its agenda.

But gun control has a habit of firing up often lethargic gun owners to become politically active, resulting in a backlash. And with county officials, and sheriffs, very publicly taking positions against gun control efforts, it may be a signal that gun control has reached its limit.