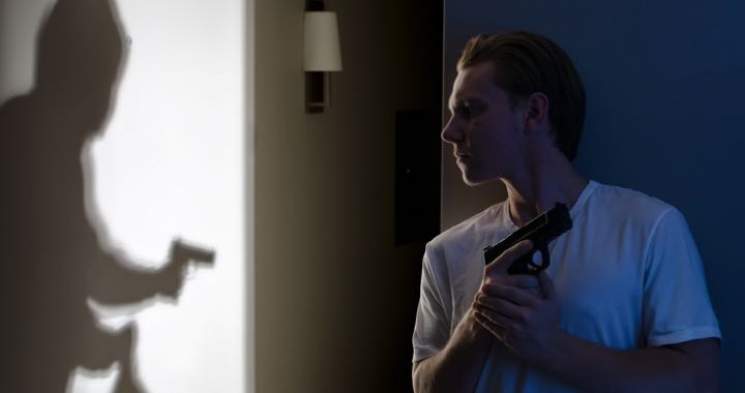 While the media and corrupt and criminal politicians attack your rights and the Constitution, just remember that guns were used by law-abiding citizens to save countless lives in July.

Among the useful idiots in the media is the Associated Press that recently reported, “U.S. Mass Shootings This Year Nearly Reach 2018 Levels, and It’s Only August!”

The AP wrote, “Just seven months into 2019, the U.S. has experienced almost as many mass killings as occurred in all of 2018.… Mass killings so far this year [totals]23, leaving 131 people dead. There were 25 mass killings in 2018 … according to a database compiled by the Associated Press, Northeastern University and USA Today.”

It also explained how it was using the term “mass kilings” instead of “mass shootings,” as “killings involving four or more fatalities, not including the killer.”

The problem in their analysis is that they failed to report on the positive side of citizens being armed against mass shooters.

However, they did provide the following information:

The last three years have seen several fluctuations in mass killing numbers. In 2017, 225 people died in 32 mass killings, driven by the massacre in Las Vegas. In 2018, the year was marked by a surge in mass killings in public places, including schools in Texas and Florida.

Mass killings — defined as killings involving four or more fatalities, not including the killer — have occurred in 16 states this year. California has experienced four of them.

The majority of mass killings involve domestic violence, and eight of 74 public mass shootings since 2006 involved the killing of a blood relative, the data shows. The shooter’s parent, sibling, cousin, nephew or niece was shot first and then the perpetrator sought out others to kill.

“They’ll take it out on family and then society, figuring they already committed a murder,” said David Chipman, a former agent with the Bureau of Alcohol, Tobacco, Firearms and Explosives who now works as a policy adviser at Giffords: Courage to Fight Gun Violence. “Domestic violence is the most risky call for service that police go on.”

Before 20-year-old Adam Lanza killed 26 children and staff at the Sandy Hook Elementary School in 2012, he had fatally shot his mother in their Newtown, Connecticut home.

Jaylen Fryberg, 15, sent text messages to lure two cousins and several friends to the cafeteria at Marysville Pilchuck High School in Marysville, Washington, in 2014. He then shot the four students before turning the gun on himself.

And last month, police say a man in Southern California began his rampage by killing and injuring family members before shooting strangers. In the end, he is accused of killing four people.

I’ll just make the point that this is nowhere near the 3,000 plus Americans that are murdered with state legalized abortion methods. Just so you get a clue as to who the real criminals are, and are funding that holocaust.

So, to complement the AP’s slanted report that is obviously a propaganda piece to push for more gun confiscation laws, The New American touted a plethora of stories from July about how armed citizens stopped potential mass shootings.

On July 3, in Summerville, South Carolina, concerned neighbors went to check out loud noises that they thought might be someone breaking into a local church. They found the trespasser who began to attack one of the neighbors who, using a firearm, shot him in self-defense.

On July 10, in Summerfield, Florida a disabled 61-year-old homeowner awoke to hearing four armed men who had just broken into his home. He used a firearm to kill two of them and send the other two fleeing the scene. They were later apprehended. Although the homeowner himself was wounded in the melee, he survived.

On July 15, in Atlanta, Georgia a man began assaulting a woman in an apartment complex. A second man intervened and tried to stop the assault. The attacker then turned his attention to him and the second man defended himself using a firearm.

On July 16, in San Diego, a man armed with a knife broke into a home and began stabbing the 54-year-old homeowner. Present was his son who was able to end the attack by killing the attacker using his father’s firearm.

Also on July 16, in Lehi, Utah, an intruder was shot after breaking into a home. He was armed with a knife. The homeowner shot the man using a firearm.

On July 18, in Phoenix, Arizona a man was filling his car with gas when two suspects demanded the keys to his car. One of them threatened the owner with a knife. The owner pulled a firearm and shot him. The other suspect fled.

On July 19, in Seattle, Washington an armed man tried to break into a home while the homeowner was asleep. She awoke in time to retrieve a firearm and shot and wounded him. She escaped injury. The burglar was reported to be in critical condition at a local hospital.

On July 22, in New Orleans, Louisiana a man sitting in his car late at night was accosted by an armed stranger who attempted a carjacking. The driver pulled a firearm and shot the attacker who fled the scene.

On July 23, in Albuquerque, New Mexico a man who tried to break into a home was shot by the homeowner with a firearm.

On July 26, in Virginia Beach, Virginia two armed men wearing masks entered a 7-Eleven store demanding money. A customer who was waiting to check out used a firearm to end the attempted robbery. One suspect was killed, the other wounded while the two clerks behind the country were unharmed.

On July 27, in High Point, North Carolina, a woman being assaulted by an ax-wielding man who had entered her home shot him, killing him instantly.

On July 31, in Nashville, Tennessee a criminal with a long history of violent crime began shooting at an Uber driver’s automobile to exact revenge on his passenger. The driver defended himself and his passenger by shooting the attacker with a firearm.

That’s just in one month, and that’s not all the stories we could cover.

Consider that in 2018, guns were used over 2 million times to save lives.

However, when was the last time the AP put out a story like that? I haven’t seen one. I’m just trying to make sure that people are aware of the other side.

While acts of crime by criminals with guns do abound, that is no reason for corrupt and criminal politicians in the White House and the Congress to be contemplating usurping their authority to attack our rights and violate the Constitution.