Nothing brings out the hacks like hacking takes. In the brave new digital age, hacking is everywhere and nowhere. The two kinds of hacks interface with stolen messages being passed along by hackers to hacks for their informational operations. The hacks usually claim not to know what the hackers were doing.

Sometimes the hacking was invented by the hacks. 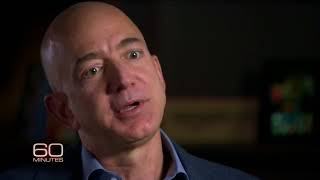 The great collision of hack and hacker right now is all about the claim that Jeff Bezos, CEO of
Amazon, richest man alive, and, most importantly, owner of the Washington Post, had his sleazy affair exposed (resulting in the most expensive divorce settlement in human history) because he cares about human rights. The latest tawdry effort to ennoble the pictures of the WaPo owner’s private parts as a tool of foreign policy has enlisted the UN to accuse the Crown Prince of Saudi Arabia of hacking his iPhoneX.

The collision of hack and hackery begins with a report by a UN Special Rapporteur (apparently you have to be a billionaire to get the UN to help you cover up your adulterous affair with a sleazy LA anchorwoman) which describes an “in-depth forensic level examination” of the phone and admits that it found no malware, no malicious software, and no evidence of jail-breaking tools.

Federal prosecutors soon let it slip that, as everyone had already known, the pictures came from the CEO’s mistress who passed them on to her brother, who then probably passed them to the tabloids.

But the UN and the media weren’t having any of it, and insisted that the Saudi crown prince personally hacked Jeff’s phone using Zionist software. Or, as the UN report puts it, “it is later established with reasonable certainty that the video’s downloader infects Mr. Bezos’ phone with malicious code.” Earlier, the report had admitted that, “the contents of the downloader cannot be practically determined.”

How can you establish with any kind of certainty the contents of software you didn’t examine?

In its truly pathetic conclusion, the report insists that, “Facebook confirms that ‘sending a specifically crafted MP4

file to a WhatsApp user’ is a method for installing malicious spyware, exactly as was sent to Mr. Bezos.” Except that the report had already admitted that it found no malicious code in the promotional video file that had been sent by the Crown Prince of Saudi Arabia to Lauren Sanchez’s lover.

The UN report finds with “reasonable certainty” that a video downloader that experts couldn’t examine sent a specially crafted MP4 file just like the one they examined and found nothing special about.

The UN report blames “mobile spyware” from “NSO Group’s Pegasus”. The NSO Group is an Israeli-American security firm that helps friendly governments spy on terrorists and enemies. But Pegasus got into WhatsApp accounts with a “zero click” exploit. Nothing as clumsy as a tainted video file.

To buy the hacking story that the hacks are selling, you have to believe in a Saudi-Zionist conspiracy to steal pictures of Jeff’s private parts by using tactics as crude as any teenage Pakistani script kiddie. And yet, despite these crude efforts, the best experts Bezos could command have found no trace of them.

If only Carlos Danger, who also claimed that he had been hacked, owned a major paper and the UN.

Meanwhile over in Brazil, the hackery of the hacks collided with actual hacking. And media hacks are outraged that one of their own, Glenn Greenwald of The Intercept, who once defended Hamas and Hezbollah, was accused of guiding and inciting a hack of private messages between public officials, including a heroic judge turned Minister of Justice, who were investigating leftist corruption.

Operation Car Wash in Brazil had uncovered truly monumental corruption that brought down the hierarchy of the Workers’ Party (PT) which had been robbing the country blind through Petrobras. 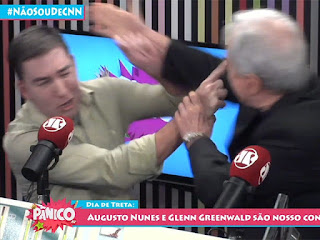 Petrobras, the megacorp whose largest owner is the Brazilian government, had been turned into the private piggy bank of the friends of the working class with money flowing between corporations, oligarchs, and officials, which went into their pockets and funded the political campaigns of the Left.

Rather than exposing corruption, The Intercept’s top leftist hack had allegedly colluded with hackers to hack into the messages of the investigative judge who had helped bring down the leftist mafia. But the same international media which ignored the massive scale of the Petrobas corruption, has rushed out identical editorials clamoring that Greenwald is being persecuted for exposing Brazil’s corruption.

That’s like claiming that Jimmy Hoffa was killed and buried in cement to promote ethics in construction.

Greenwald isn’t just a radical hack funded by Pierre Omidyar, a mini-Soros Franco-Persian billionaire, his boyfriend, David Miranda, is a congressman from the Socialism and Liberty Party (PSOL). PSOL has formed coalitions with Communist and Marxist parties and is an occasional ally and rival of the larger Workers’ Party (PT) which also has Communist partners. Good thing the media won’t report that.

Set aside the question of the degree of Greenwald’s collusion with the hackers, one of whom had been previously accused of raping a teenage girl, and this is at best a case of interfering with an investigation. Greenwald was undermining the credibility of the investigation that had exposed the leftist mafia running Brazil while improving the political fortunes of his political allies on the Left. Including his lover.

Just to prove the point, Senator Elizabeth Warren tweeted, “The Bolsonaro government is pursuing state retaliation against Glenn Greenwald because of his work as a journalist to expose public abuse and corruption. Brazil should drop the charges immediately and stop its attacks on a free and open press.”

Greenwald was actually retaliating against a public official who was exposing abuse and corruption. The hacked messages he got his little hands on, at worst, accuse investigators of bias. That’s nothing compared to the massive amounts of bribes and corruption surrounding Operation Car Wash.

Nor does a leftist hack, working with hackers, who is funded by a foreign billionaire embody a free press.

The Intercept is a radical billionaire’s private influence operation. What financial interests might benefit from bringing down a conservative government and putting the Petrobas mafia back in power?

That’s a question that the media will carefully avoid approaching with a million-foot pole.

But what can the hacks tell us about the ethics of hacking? From the cases of Bezos and Greenwald, we can conclude that the media thinks that hacking conservatives is ethical, but not the owner of the Washington Post. The media hasn’t stopped fuming over the publication of the DNC emails, but was happy enough when Elliot Broidy, a Republican fundraiser and Trump ally, was hacked by Qatar.

Just as Bezos’ Washington Post colluded with Qatar, so did the media outlets who had Broidy’s emails carefully fed and spun to them by Qatari interests and lobbyists. That’s how the hacks of the press do it.

The media had no objections when Sarah Palin’s email was hacked. Hacks frantically scurried through searching for anything they could use. But when Colin Powell’s hacked emails revealed an affair, the media slowly backed away. Powell, by then, was an Obama ally and no longer a Republican. The hack that exposed the emails of Sidney Blumenthal was ignored despite the troubling light that the emails cast on the foreign policy of Hillary Clinton. Certainly no one in the media called it exposing corruption.

What’s the difference between Broidy and Blumenthal’s emails? Politics. Hacking a Trump ally or a Bolsonaro ally is journalism. Hacking a Hillary ally is an act of war. Against whom? Against the Left.

This is the age of informational warfare where media hacks and state hackers collude to create narratives. Espionage and fake news have come together as opposition research. Political parties hire foreign agents, state hackers pretend to be human rights activists, and the digital fog of war blinds all.

Out of this paranoid hall of mirrors where everything is backward, come bizarre stories that are clearly false and which exist only as informational warfare, narratives that have no relationship to reality, confirmed by experts who ignore the facts, because the old walls between truth and lies are gone. Journalism is dead. In its place is something else. A shadowy network of firms like Fusion GPS. A dark world of opposition research and narratives run by campaign operatives, security firms, intelligence agencies, and media operatives funded by billionaires who pretend to be everything they’re not.

And in that darkness, the hack and hacker have become one.

Flaunting Wealth: Are We About To Reach America’s “Let Them Eat Cake” Moment?

McCloskey Gets Last Laugh: Posts Pics Of New Gun After Being Forced To Surrender Old One
June 21st, 2021 Clash Daily
Powered by WordPress RSS Feed Plugin
PowerInbox 5×1
You Might Like