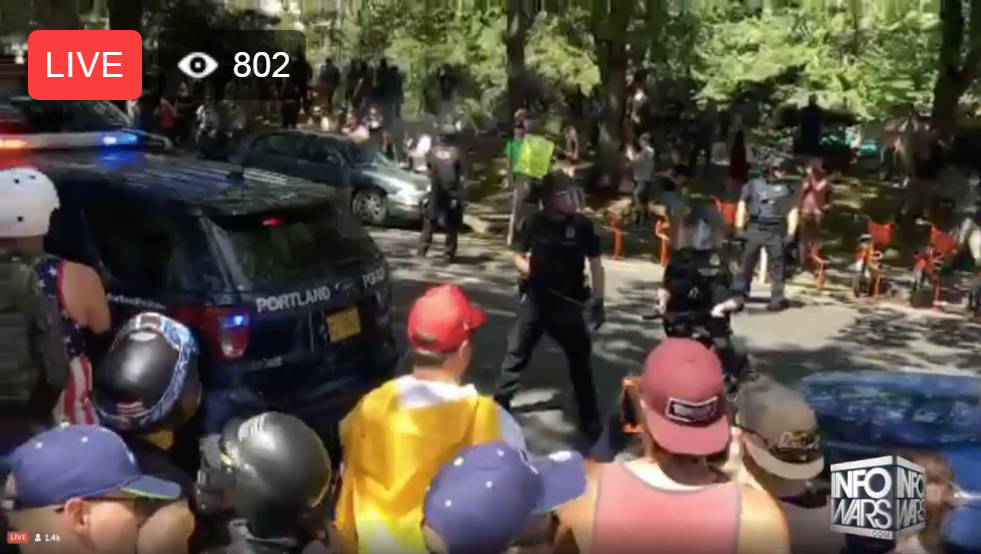 (Natural News) Tensions between those on opposing sides of the political aisle are higher than they’ve been in a long time. There are many people in this country who love the President, while there are also many people who absolutely hate him. It’s an extreme polarization that some say is indicative that the second Civil War has already begun in this country.

In a video montage put together by Uncensored America and uploaded to REAL.video, video footage of unrest, rioting, and violence in the streets of America tell the chilling tale of what’s currently unfolding. Western civilization is in utter turmoil, and it appears that “divide and conquer” is where we’re at in society.

“We’re adrift, and the country is very, very much on boil,” a voice is heard explaining in the video.

“I think the emotions are running very high on all sides. There are a large number of people on both coasts who think Trump is totally unethical, that he’s a moron … and there are people in his base who not only are strongly for him, but they’re more strongly for him now, and they’re fed up with the oppression of the left.”

You can watch the shocking video footage at REAL.video below:

Whether it’s Antifa, your leftist neighbor, or even your elected officials, it seems that President Trump faces hateful opposition on all fronts. Consider what California Congresswoman “Mad” Maxine Waters recently said to her supporters about how they should treat President Trump or any members of his cabinet, should they encounter him in public.

“If you see anybody from that cabinet in a restaurant, in a department store, at a gasoline station, you get out and you create a crowd, and you push back on them, and you tell them they’re not welcome anymore, anywhere,” Maxine is heard screaming to thunderous applause.

It’s the type of thing one would expect in some ratty, Third World dictatorship, not a free and civil society. But this is how the “new left” behaves, prompted by treasonous leaders like Maxine Waters who see nothing wrong with inciting violence against a sitting president and his administration.

Gone are the days of civil discourse, sound reasoning, and respectful argument. Today, you’ll be hard-pressed to find anything other than masked domestic terrorists who storm the streets every time their financiers tell them to get angry at President Trump.

Conservatives and many others who are being targeted in the fray of all this leftist anarchy are quickly realizing that they can no longer sit idly by and watch their country swirl the drain. The leftists are pushing for a fight, and a fight they will get if they don’t take a step back and contemplate whether civil unrest, with all of its repercussions, is really something they want to provoke.

“I think both sides have now reached the point where they’re so frustrated and so fed up,” the Uncensored America video explains.

Our own Mike Adams, the Health Ranger, is convinced that the United States is already in the throes of a full-scale war right here on our own soil. It hasn’t devolved into total anarchy with bodies piling up in the streets – and we certainly don’t hope for anything like that to ever happen. But the more the left chooses violence as its medium of communicative choice, the greater the likelihood that the right finally decides that enough is enough.

“In truth, the second Civil War has already started,” Adams says. “Antifa is a paid mercenary group of domestic terrorists.”

For more news on the violence of the left, visit LiberalMob.com.