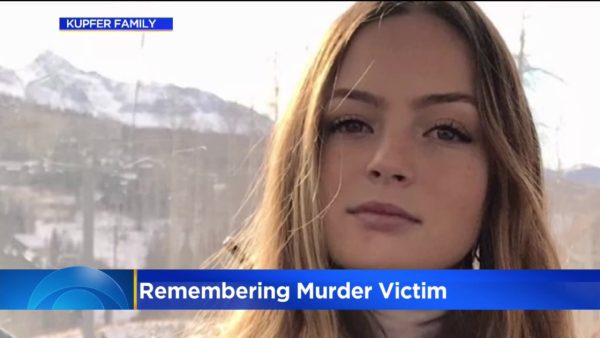 Were white privilege real, we’d all know her name and that a black male “randomly” took her life.

Were systemic inequality and implicit bias real, we’d all know yet another black on white murder just took place, with the corporate media blasting out the story 24/7 until the black male suspect was arrested.

Her name is Brianna Kupfer, a white female “randomly” murdered by a black male as she was selling luxury furniture in Los Angeles. [Woman, 24, Stabbed to Death While Working at Luxury L.A. Furniture Store in Random Daytime Attack, People.com, January 15, 2022]:

A 24-year-old woman is dead after being stabbed while working at a high-end furniture store in Hancock Park.

Brianna Kupfer, of Pacific Palisades, was killed Thursday when an unknown assailant entered the store Croft House on North La Brea Avenue and stabbed her, the Los Angeles Police Department said in a statement Friday.

Kupfer was found dead by a customer, who reported their findings to police.

The suspect, who remains at large, fled through a back door after the attack, according to the LAPD. Surveillance footage obtained by multiple local news outlets shows them calmly walking northbound down an alley behind the crime scene.

A motive for the attack remains unknown.

Kupfer was a graduate of both Brentwood High School in Los Angeles and the University of Miami, her family said in a statement to CBS Los Angeles.

Her father told CBS Los Angeles that his daughter had been working on a degree in architectural design at UCLA.

Speaking with FOX 11 Los Angeles, Kupfer’s father says his daughter was “smart” and had “big dreams” in addition to having “lots of friends” and being “devoted to her family.”

Riley Rea, a co-owner of the Croft House furniture store, told the Los Angeles Times that Kupfer had been working at the business for just over a year before the attack. He said the young woman was intelligent, poised and well-liked by her peers, adding, “she was mature beyond her years.”

“I’m absolutely devastated for her and her family,” Rea told the outlet. “It just seems so disgusting and unexpected. Really there are no words to say how shocked we are to lose such a wonderful person.”

A small memorial for Kupfer has formed outside Croft House in the days following the deadly attack.

Wilshire Patrol officers were alerted to an assault with a deadly weapon at the 300 block of North La Brea Avenue around 1:50 p.m. local time on Thursday, according to the LAPD. The suspect and the victim allegedly were not known to each other prior to the attack, and police believe the suspect may be homeless.

Police are still looking for the suspect, who is described as a tall, thin Black male wearing a dark hoody, sunglasses, a white N-95 mask, dark-colored skinny jeans, and dark-colored shoes. The suspect was also carrying a dark-colored backpack at the time of the attack.

This era is going to end.

Those who enabled the blackout on who is primarily responsible for violent crime and who is committing the bulk of it across what was once the United States of America will be punished.

Because one day, white privilege will be restored. The original aim of the founding fathers of our great nation will be reconstituted, and those who fret about implicit bias and systemic inequality will see its reinstitution.

That’s the reality of what our enemies fear: those of us alive remembering what our ancestors knew and what they tried to prevent for their posterity.