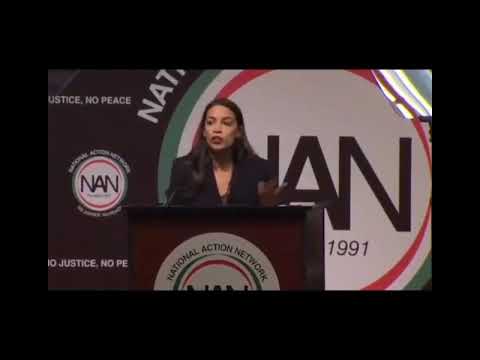 Hillary Clinton did it, patronizing and pandering to black audiences by speaking in an entirely phony southern drawl.

Now, another Demonrat is also faking a southern accent before a black audience.

Yesterday, speaking at Al Sharpton’s National Action Network in New York city, self-described socialist Rep. Alexandria Ocasio-Cortez (D-NY), who was a bartender when she was auditioned and recruited by the Demonrat Party, used a very bad southern accent that she never uses to tell an audience of predominately black people that there is nothing wrong with them serving other people in low skilled jobs. She said:

Ryan Saavedra reports for The Daily Wire that AOC’s speech “immediately sparked outrage as many accused her of racism, noting that her accent while speaking to black people was similar to how two-time failed Democratic presidential candidate Hillary Clinton would speak to black people — which was widely condemned as racist.”