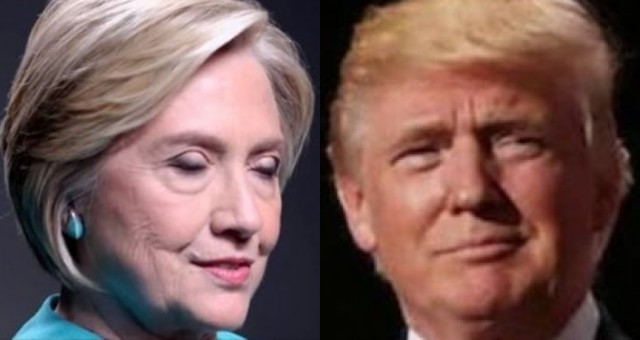 Former Secretary of State and failed presidential candidate Hillary Clinton tweeted Thursday that President Donald Trump is acting like a “would-be dictator,” claiming he will refuse to allow a peaceful transfer of power in the event Joe Biden wins the election, Breitbart reports.

The “Butcher of Benghazi” and the radical left will do and say anything to distract everyone from the truth about her and her regime. Fact is, they all should be arrested and charged with treason and murder.

Hillary Clinton clearly is working behind the scenes to not only protect her ass, but to continue to add fuel to the fires erupting across our nation by anti-American anarchists who are backed by the left.

“Trump’s refusal to commit to the peaceful transfer of power is the behavior of a desperate would-be dictator who’d cling to office even if it meant destroying our democracy. It’s pathetic. But because he is the president, we should take his threat seriously.”

Trump’s refusal to commit to the peaceful transfer of power is the behavior of a desperate would-be dictator who’d cling to office even if it meant destroying our democracy.

It’s pathetic. But because he is the president, we should take his threat seriously.

The only threat she needs to concern herself with is the threat that President Trump and his office are coming for her and all the rest of the corrupt and murderous elites.

However, Clinton earlier advised Biden not to concede “under any circumstances,” even if it appears Trump won the election, as Breitbart News noted earlier this month:

“We have to have poll workers and I urge people who are able to be a poll worker. We have to have our own teams of people to counter the force of intimidation that the Republicans and Trump are going to put outside polling places, this is a big organizational challenge,” she said.

“But at least we know more about what they’re going to do. And Joe Biden should not concede under any circumstances,” she continued as Palmieri raised her hands in joy, “Because I think this is going to drag out and eventually I do believe he will win if we don’t give an inch.”

Hillary Clinton has some advice for Joe Biden: Don’t concede in a close race.

The 2016 nominee sits down with @jmpalmieri and @sho_thecircus to urge Dems to pay close attention to GOP strategy. pic.twitter.com/REwfLf1QjS

It would seem the closer President Trump gets to being able to drain the swamp, the more the leftists are going to create a nation that burns and turns on one another. It is an attempt to convince people that President Trump is the enemy and they are the good guys.

As Breitbart reported in August, Clinton told former communications director Jennifer Palmieri that Democrats “have to have a massive legal operation” on Election Day “and I know the Biden campaign is working on that.”

Someone needs to inform them that this is not a Hollywood movie and the citizens of this great nation are not all blind and drinking their Kool-Aid.

One thing has been very clear, November is the single most important election of our lifetime and the left is not going to sit idle as they lose everything and allow our President to round them up and levy charges against them.