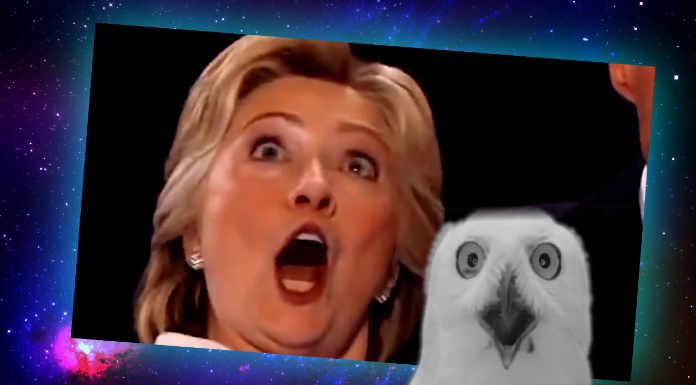 (Natural News) Yet another left-wing Democrat, this time presidential hopeful Amy Klobuchar, has experienced a physical health breakdown on the national stage, which begs the question: What’s going on with the neurological health of all these crazy liberals?

During a recent debate, Klobuchar violently shook and trembled on the debate stage for about an hour as she discussed the usual left-wing talking points about “Russian collusion,” the impeachment proceedings, and everything she doesn’t like about President Trump.

While answering one particular debate question, Klobuchar was seen and heard reciting words from her script completely out of order, as her head and mouth bobbed and she appeared to be experiencing some kind of micro-seizure or some other related health problem.

“This is a president that not only with regard to his conduct with Ukraine, but every step of the way, puts his own private interests, his own partisan interests, his own political interests in front of our country’s interests, and this is wrong,” Klobuchar went on to recite, her body visibly shaking in a very disturbing way.

Nearly every leftist Democrat has experienced some dramatic health problem while being filmed, but the mainstream media is pretending as though everything is just fine

Failed presidential candidate Hillary Clinton suffered similar health problems while campaigning, including that infamous interview she gave where her head started to violently bob up and down.

As you may recall, Hillary has experienced many other anomalous health problems over the years, including the trouble she has walking up and down stairs, or standing outside in New York City in the summertime, which has caused many to question her physical fitness were she to ever be elected to another political office.

Democratic presidential candidate Joe Biden has also experienced his own fair share of health problems, including during a recent “town hall” event when something was visibly wrong with his left eye.

It appeared to viewers as if Biden’s left eye suddenly filled up with blood while he was speaking, which could indicate an aneurysm or some other blood vessel “burst” requiring surgery or other health intervention.

The left-wing media of course glossed over the incident, but cognizant viewers clearly observed that Biden isn’t exactly healthy, not to mention all of the times he’s veered off while speaking into other topics as if he has dementia.

One by one, we’re seeing these Democratic contenders fall mysteriously ill while campaigning, and the mainstream media is pretending as though everything is A-Okay with these potential “leaders” and “public servants.”

Is it that these candidates are under an incredible amount of stress from all of their lying? Lying for a living is stressful, after all, as is having to go around doing it day and night while being a senior citizen, which is the age category to which many of these candidates belong.

Voters need to continue paying close attention to these political goons because the truth about what’s going on with them often manifests all on its own, at just the right time when the cameras are rolling. There’s no excuse, in other words, for not taking note of how physically, and spiritually, sick these people really are.

“Essential tremor would be the best guess,” wrote on Twitter commenter about Klobuchar’s inexplicable tremors while speaking.

“It’s an idiopathic neurological disorder that is not understood well and that there is no cure for. It manifests in shaking head and/or hands and worsens with stress. It is not life-threatening,” this same commenter added.

For more related news, be sure to check out Libtards.news.