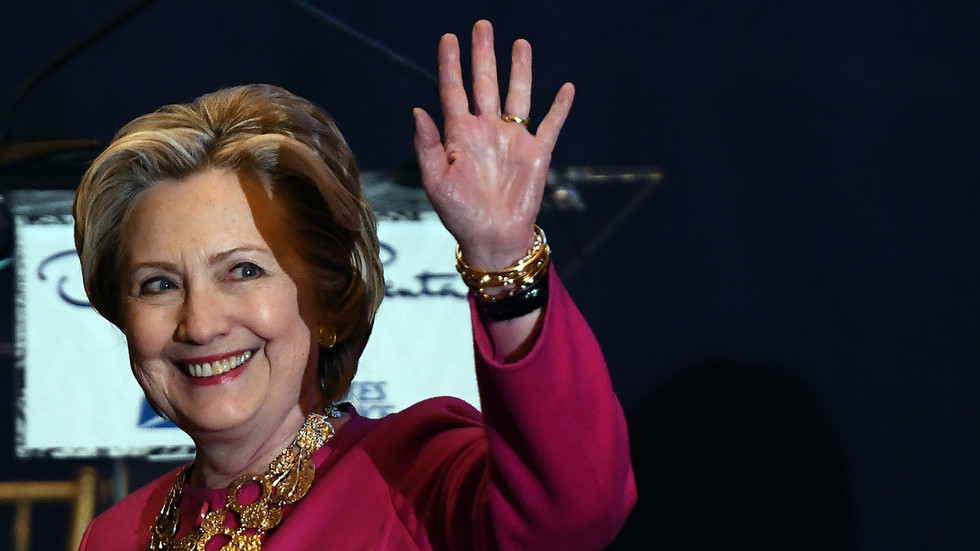 The tightly packed field of Democratic contenders for a presidential nomination is now somewhat less crowded, after Hillary Clinton firmly stated that she would not be running in the 2020 election.

Clinton, whose loss to Republican Donald Trump in 2016 despite winning the popular vote triggered a major escalation of political tensions in the US, was long rumored to be eyeing a second tilt. But in an interview with News 12 on Tuesday, she said that she would not be seeking a nomination from her party for next year’s presidential election.

According to the interview, Clinton is not seeking any elected office at the moment. But she said she will take an active part in the 2020 campaign as a non-candidate, and has already held private meetings with several Democrats seeking the nomination.

“I’ve told every one of them, don’t take anything for granted, even though we have a long list of real problems and broken promises from this administration that need to be highlighted,” she said.

Hillary Clinton jumps in! (to the small pool of Democrats not running for POTUS in 2020) https://t.co/bHJ2DUmibz

The news that Clinton will not seek to enter the Oval Office next year gave fresh ammo to her critics to gloat and blame her for the current state of political affairs in the US.

"We've just gotten so polarized. We've gotten into really opposing camps unlike anything I've ever seen in my adult life." – HillaryClinton /// Yeah, that happens when you call 63,000,000 Americans deplorable and try to grab their guns… https://t.co/BYxpOlh8dm

Nevertheless, the news was regretted by her supporters, who believe she had been robbed of what was rightfully hers.

End of an era: Hillary Clinton confirms for the first time she is NOT running for president in 2020 and says she won't seek elected office again, but adds she is 'not going anywhere' https://t.co/6xv3c4TgZu

There are already a lot of people flexing their muscles for the Democrat Party primaries. Almost 20 have formally started their campaigns, while a dozen or so have expressed interest in running. Some US media have already gazed into their crystal balls and used Google to establish who Putin’s favorite is in the race.

Some rules for the primary have been changed since the last election cycle to reduce the influence of superdelegates – one of the instruments which allowed the Clinton-friendly DNC to rig the process in her favor against Bernie Sanders in 2016, as reported by former DNC chair Donna Brazile.